Samsung shows off its next gen foldable displays 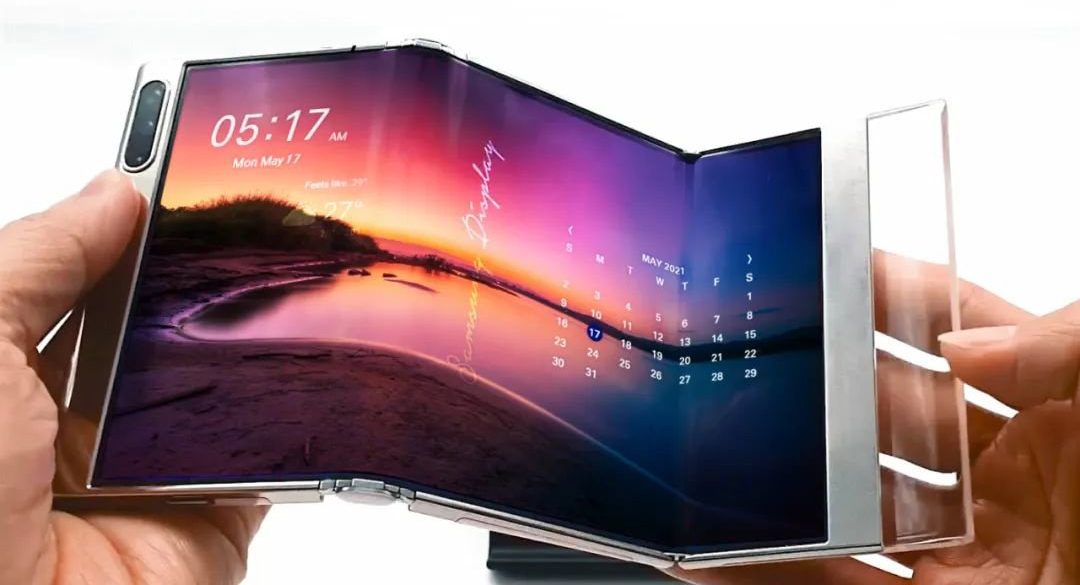 Samsung is undoubtedly the global leader in foldable technology. It has committed billions of dollars to further its research and development in this segment of the industry, and has pledged to launch new devices that will make the premium technology more affordable.

The South Korean firm has showcased new prototypes at Display Week 2021, showing what they are working on and the future of their foldable devices. This includes larger flexible displays for phones and tablets, as well as displays with multiple folds in them.

One of the most interesting concepts is the double-folding OLED panel that is used like a smartphone when folded, albeit a small one. When fully unfolded the screen has a size of 7.2-inches, which is slightly smaller than the Galaxy Fold 2.

Samsung is also exploring other alternative screen types. It showed off a Slidable OLED, similar to that of LG’s Rollable (now discontinued), that extends horizontally. We aren’t sure about the dimensions of Samsung’s display, but a similar concept that is being worked on by Oppo switches between a conventional 6.7-inch screen and a larger 7.4-inch screen.

The technology giant is also looking at larger foldables, presumably to be used in the tablet market. It could also be looking to create a foldable PC like Lenovo. Samsung unveiled a 17-inch foldable panel at the event, which is larger than the Lenovo ThinkPad X1 Fold, and has a 4:3 aspect ratio when unfolded.

Samsung is also working on an under-panel camera (UPC) display, although it didn’t show it off in a concept smartphone as was expected. Instead, it showcased it in a concept notebook, which subsequently has near edge-to-edge panels. The technology is already available in a couple of smartphones, including the ZTE Axon 20 5G, so perhaps Samsung want to perfect the technology first in the notebook where some imperfections may be less noticeable.