Samsung doubles down with the flexible Galaxy Z Fold 2 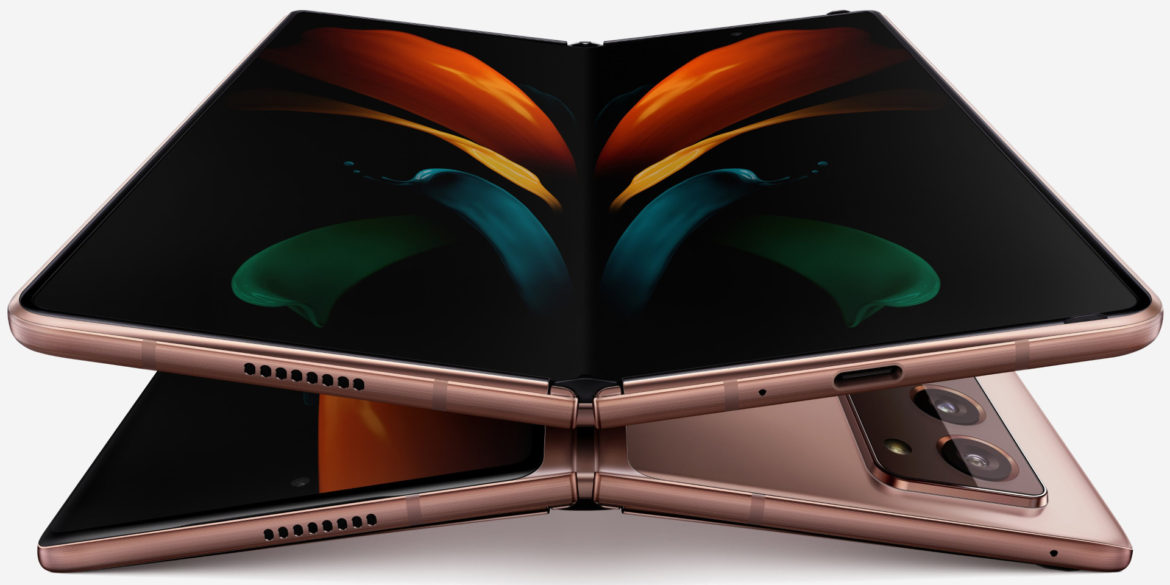 For years, we heard rumors that smartphone manufacturers were seeking to bring the concept of a foldable smartphone to life – and our first glimpses into this new reality were the Samsung Galaxy Z Fold and the Huawei Mate X. While interesting, both smartphones arrived with production problems not far behind them; and the concept of the foldable phone has yet to be truly defined into a winning formula.

While Huawei continues to deal with the US-China trade ban and attempts to lick its wounds with AppGallery, Samsung has been busy. In the time since the Galaxy Z Fold sprang to life, we’ve also met the Galaxy Z Flip. Now, the South Korean juggernaut is back with another take on a foldable design. Enter the Galaxy Z Fold 2.

The Fold 2 is highly reminiscent of its predecessor, with an outward-folding design that has front and rear-facing Infinity O displays, where the former is 6.2″ inches in size, and the latter is 7.2″ inches – both being larger than the original Fold model.

Running on a Snapdragon 865 Plus processor, the Fold 2 brings some tricks from the Flip series, and will enable users to use the primary (foldable) screen in half-deployed positions, called ‘Flex Mode’.

Given the original model suffered from a design flaw in which debris could rip through the hinge and primary display, the Fold 2 now has a “sweeper” which uses elastic fibers to clean the hinge as it closes.

By Theunis Jansen van Rensburg
In GadgetsGearLGPopular
5 days ago

Camera-wise, the Fold 2 accommodates three primary cameras with 12-megapixel, 64-megapixel telephoto, and 12-megapixel ultrawide lenses, all alongside a 10-megapixel selfie camera. While there’s no headphone jack, there is 12GB of RAM and a 4500mAh battery.

The Fold 2 will arrive in “mystic black” and “mystic bronze” colours, and will ship alongside a limited Thom Browne edition. Samsung hasn’t yet announced pricing or a shipping date, and has committed to a full reveal of these details on 1 September.