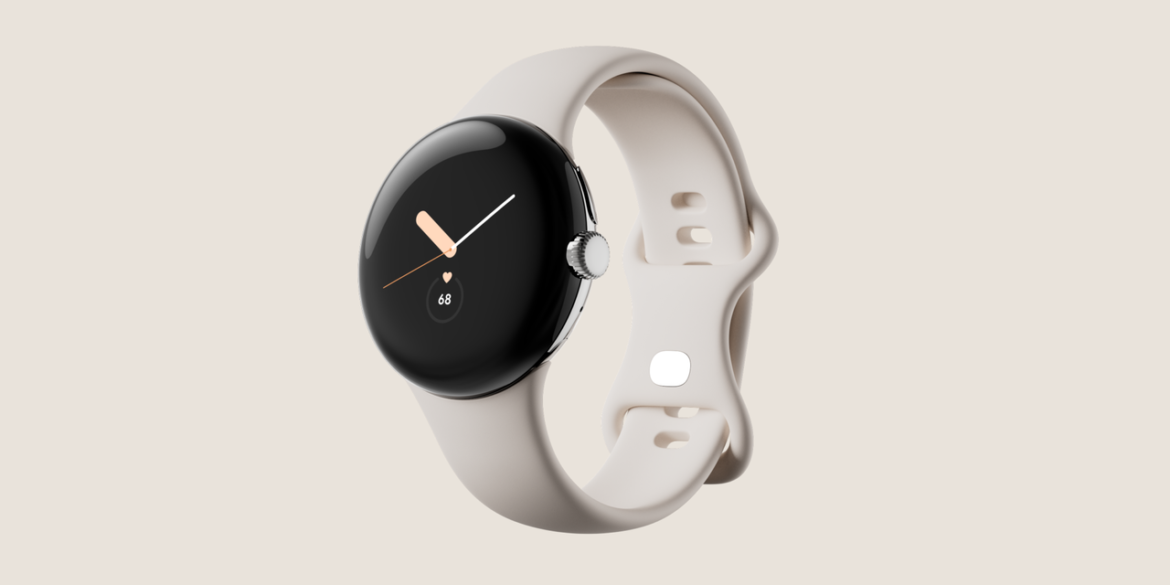 After months of rumour and leaks, the Google Pixel Watch has finally been confirmed by the tech giant. At Google I/O this week, Google finally showed off the much-anticipated Pixel Watch, expected to launch alongside the Pixel 7 in Q4 this year. All the details haven’t been revealed – we can expect that at the Pixel 7 launch event – but now we at least know that it is coming soon.

Read: Google announces the mid-range Pixel 6a with big upgrades

The design of the Google Pixel Watch is exactly as previously thought after a slew of leaks hit the web. It is circular, with a domed design and features a “tactile” crown and side button. Looking at the promotional material the bezel looks to be awfully large, but is difficult to see thanks to device using an OLED display, so the dark parts are completely black.

It’s made of recycled stainless steel and has swappable proprietary bands. It’ll also run on an “improved” Wear OS 3 that features a “refreshed UI” with better navigation and smart notifications. You’ll also have the option to pick a cellular version of the device for standalone connectivity.

By Theunis Jansen van Rensburg
In EditorialGadget ReviewsGadgetsPopularReviewReviews
7 days ago

The Pixel Watch will come with a number of native Google apps you expect to see on all its Android smartphones, and it will have a new integration with Fitbit software after the acquisition. You have native Wear OS apps for Google Maps and Assistant but also apps like Google Wallet and Google Home. The Fitbit integration will be used to display insights for heart rate, sleep tracking, and Active Zone Minutes.

According to Rick Osterloh, Google’s senior vice president of devices and services, this Fitbit integration will go beyond customizing watch faces and be “imbued throughout” the Pixel Watch experience. Users will be able to sync their data with a Fitbit account, meaning they’ll be able to view it within the Fitbit app and on the web. The watch will use all of Fitbit’s latest algorithms for health and fitness.