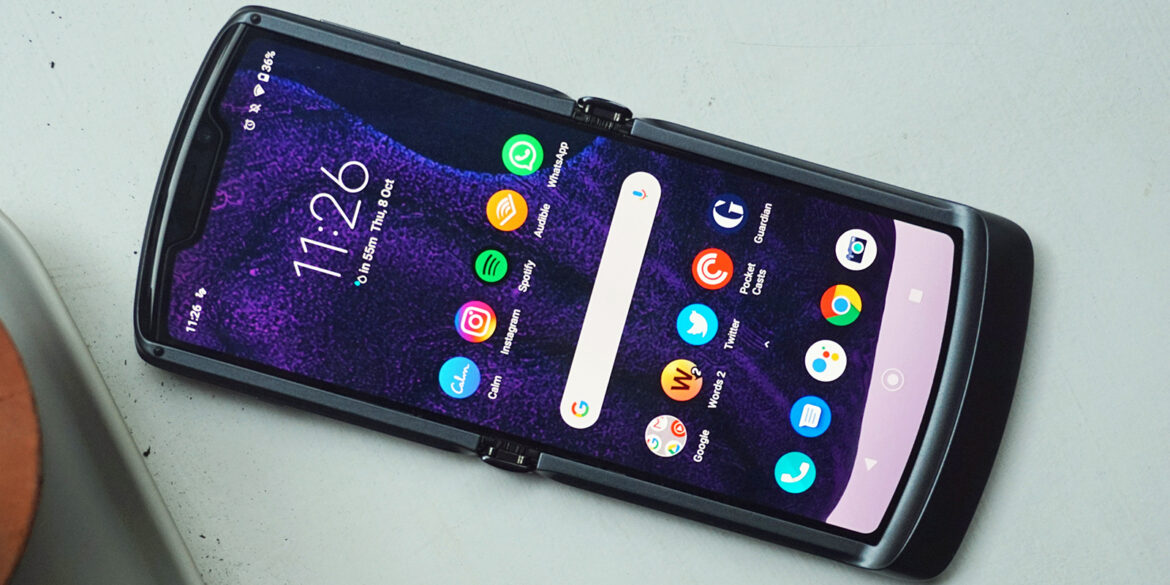 The Motorola Razr was the first of the modern clamshell foldable smartphones, and while it was well received for nostalgic reasons, the device itself didn’t receive favourable reviews. The second version fixed many of the shortcomings, but still, it’s bad camera experience and mid-range specs wasn’t what the modern smartphone market needed. Now, the Motorola Razr 3 has been leaked and it looks like it is trying to address concerns from previous iterations.

Read: Here’s what you can watch on Disney+ when it launches

The new device is codenamed Maven, and most importantly will feature a much-updated camera setup. It has two cameras on the back now, more in line with the likes of the Samsung Galaxy Z Flip 3, featuring a 50MP f / 1.8 main sensor and a 13MP sensor for macro and ultra-wide shots. The updated Samsung Galaxy Flip 4 is around the corner, so it will need to be a lot better than previous efforts to compete.

Interestingly, the design has changed, again looking a lot more like the Galaxy Z Flip 3 and Huawei P50 Pocket. It has lost its massive ‘chin’, the big bezel below the display when open where the home button resided. It is now boxier, folding over itself completely like the two aforementioned devices. This means the home button will no longer be below the inside display, of course, and it is expected the fingerprint scanner will be on the newly side-mounted home button.

According to the leak, the Razr 3 comes with an FHD+ interior folding display and a hole-punch 32MP selfie camera. Motorola is rumored to release a standard version of the device with a Snapdragon 8 Gen 1 system-on-a-chip (SoC), along with a “Plus” variant, presumably with an upgraded, but as-yet-unknown, chip. As for storage, it’s supposed to come with up to 12GB of RAM and up to 512GB of internal storage.