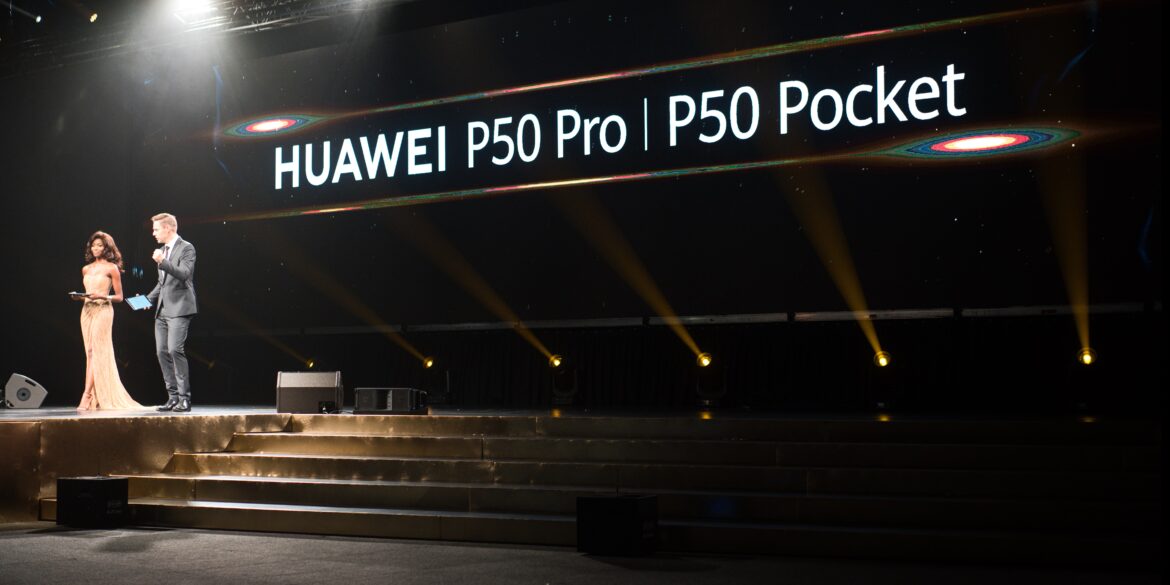 I didn’t know it yet, but by Thursday evening, Huawei would have finally won me over.

At that stage, I’d been rushing around for a few days, editing video on my Macbook Pro, doing conference calls on my iPhone 13 Plus, doing presentations from my Ipad 7 and drinking copious volumes of coffee, in order to steal large amounts of time belonging to my future self.

Yes, I am a workaholic.  And yes,  a long, long time ago, in a place far, far away, I traded my soul for my first Apple device – Which means that if it wasn’t for the coffee, I probably would no longer have an identifiable personality.

And as a believer in the cult of Mac, I must admit that I have also suffered from the inherited snooty outlook on the ‘made-in-China Huawei smartphones’.  But this Thursday, was the culmination of a tectonic shift that has been a long-time in the making.  Thursday was the day we got to see the shiny new toys from Huawei, destined for the South African market, at the Huawei P50 series launch in Time Square Casino.

Finally, the cascading snow-ball of rumour has been proven correct, as the Huawei P50 Pro and P50 Pocket Premium Edition, have officially been announced for South African consumers.   Or at least for the prosumers, as both these devices come at a premium – for the P50 Pro, you will have to fork out R19999, and as for the P50 Pocket (that I now dub the Pocket50), a staggering R28999.

As an Apple customer, who has long since sold my kidneys, these prices are comparable to what you expect to pay for premium Apple devices (iPhone 13 Pro Max can currently cost up to an eye-watering R33499).  So why would I be excited about the new Huawei P50 Pro if it cost a premium but has no 5G support and no Google services?

The simple answer: The camera array.

Here is the rundown on the numbers:

For my workflow, a good camera is essential.  The camera on the P50 series isn’t good, it is amazing.  On many of the camera benchmarks, it is already outperforming other heavy-weights like the Xiaomi Mi 11 Ultra and iPhone 13 Pro Max.  Due to its True-Form Dual-Matrix camera and the continued partnership with Leica, the P50 series delivers true-to-life imagery with extreme clarity.  It is vastly enriched by features such as its XD Fusion Pro imaging solution, the True-Chroma image engine, and the use of incorporated super HDR technology.

And here is the real kicker, the camera array includes a 100x zoom that when paired with the wide-angle and periscope lens, can be extended to a crazy 200x zoom!  A camera with a 200x enhanced zoom in your pocket.  Sure, the images at that distance tend to be on the grainy side, but the sheer audacity of incorporating this aspect into a cell is mindboggling.  Just for reference, On the Pro model series of the iPhone 13, you get a 6x optical zoom range – 3x optical zoom in, 2x optical zoom out.

So even though the quality of photos and video of the P50 is on par with what you can get from a top-of-the-range iPhone, you get the added benefit of an absolutely ginormous zoom.  And for me, frankly, it is a game-changer.

So while Apple is studiously grinding out the new standard for overall quality, Huawei has taken a plunge into the dark, chaotic waters of the experimental future.  And even though I am absolutely certain that in a few years’ time, Apple will have perfected the 100x zoom lens in a newer (albeit looking exactly the same) iteration of the iPhone, the Huawei P50 is already there.  Sure, the Colour accuracy from the ultrawide and telephoto cameras on the P50 aren’t the best-in-class, but the overall package is very attractive.

So the value-add is simple: For a top-notch camera system with an insane zoom, go Huawei P50.  The P50 is cheaper and more aesthetically pleasing than most of its rivals.

This is one of those clam-phone experiences, where you make the choice mostly based on your desire for a bigger screen and your nostalgia for a Motorola Razr V3.

Are the hinges less flimsy yet – yeah kind of, the new-generation Multi-Dimensional Hinge ensures a seamless fold and a smooth screen.

Is it justifiable to pay the excess just to make your phone go flippety?  Only if you have the cash to burn.   Even though it incorporates something called ‘Super Privacy’ which means that, when the device is folded, the smartphone automatically disables the cameras, microphone and location.  This is super-nifty and of ever-increasing importance, but it is still difficult to justify the exorbitant price.

So for everyone already excited: The P50 Pro will be available for pre-order in South Africa on the Huawei Online Store from 22 March 2022 (starting price R19,999) and from participating retailers from the 1st of April 2022.  It will be offered in two colours — cocoa gold and golden black.  Huawei is offering several promotions for pre-orders, including up to R2,999 off when paying an R199 deposit, and free gifts valued at R8,998.

All in all, the P50 series launch event was stylish and fun, with an impressive variety of entertainment including saxophone players, bands, acrobats, Mercedes cars, fire shows, the so-talented Mzanzi Youth Choir, and the excellent elocutionist, host Jason Greer.  The event, the phones and definitely the camera arrays, might have finally won me over.