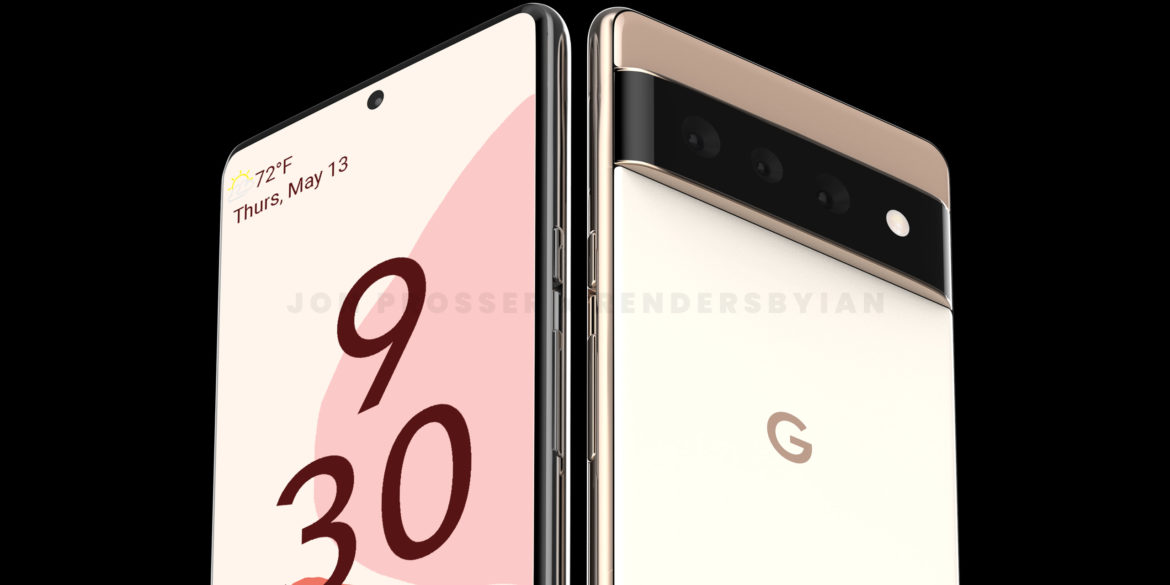 We have been waiting in anticipation for Google’s new flagship to be launched. For the first time in years, the design of the Google Pixel 6 will be very different to its predecessor. New leaks have detailed a radical redesign, and famous leaker Jon Presser have shared renders of the upcoming smartphone based on actual photos of prototypes.

As is usually the case, the front isn’t very different from any other mainstream smartphone. Compared to the Pixel 5, the only difference with the Google Pixel 6 is the selfie camera having moved to the centre of the display from the upper left. The major differences are seen on the back, though.

No longer will you see the squared-off camera bump in the top left or the fingerprint scanner in the centre of the back. The camera bump is now a glossy, black stripe near the top of the phone, with cameras lined up horizontally. And the entire thing is painted in a refreshingly different white/black/orange colour scheme.

The entire phone is a complete antithesis top what Apple has recently launched (and that’s perhaps the point). The sides of the device and the edges of the camera bump is glossy and curvy, as opposed to Apple’s return to a more linear, straight edge design.

Details about the device are still slim. Last year was the first time Google choosing to step away from the premium, $1000 plus price range, instead focusing on delivering a complete package at a more affordable, upper mid-range device. It didn’t have the top-of-the-line internals, as Google claimed it didn’t need it to run properly on its clean version of what Android is supposed to be.

It’s also worth noting that the new Pixel phones will reportedly run on Google’s own new mobile chip, codenamed “Whitechapel.” Given that it’s a pretty big change from using Qualcomm Snapdragon chips like in the previous Pixels, a drastic redesign of the phone makes a lot of sense.

We may get a proper look at the phone as early as next week when the Google I/O 2021 conference starts on May 18th.