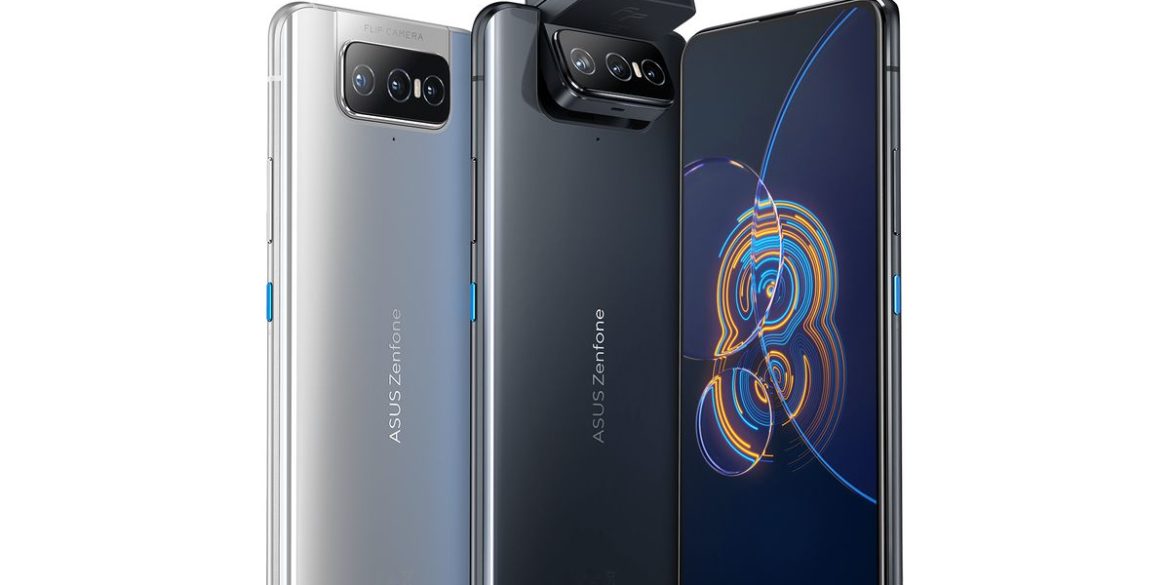 Asus has revealed its new ZenFone 8 smartphone range, the flagship Asus ZenFone 8 and the Asus Zenfone 8 Flip with a flip-out camera mechanism. It is a big departure from its predecessor ZenFone 7, redesigned with a smaller footprint for more comfortable usability.

Both devices have impressive internals, running the Qualcomm Snapdragon 888 chipset, but have various differences to its high-end hardware.

The ZenFone 8 features a 5.9-inch 1080p OLED display with a fast 120Hz refresh rate. It will be sold in configurations of up to 16GB of RAM and 256GB of storage and includes an IP68 waterproof rating, and includes 5G connectivity. It has two cameras on the back, a 64MP standard wide with OIS that produces 16MP images with stitching and a 12MP ultra-wide lens. If you’re thinking that seems too few lenses to be considered a modern flagship, Asus has addressed it.

The company claims that the two lenses both double up as additional lenses through its technology. Its wide angle lens can take macro photos as well, while Asus claims that the main camera can take decently zoomed images and replaces the capability of a dedicated 2x or 3x telephoto lens.

As the Zenfone 8 is smaller than its predecessor, the battery is also carries less capacity at 4,000mAh. That being said, it should have good battery life due to it powering a 1080p panel instead of a 1440p. It support 30W wired charging (which should, again, be good given the battery’s smaller size). It doesn’t offer wireless charging, however.

As you would imagine, the ZenFone 8 Flip is a larger device to house that physical rotating mechanism. It has a 6.7-inch OLED display, also with 1080p resolution and capable of 90Hz refresh rates. It has a bigger 5,000mAh battery also with 30W wired charging, and includes up to 8GB of RAM and 256GB of storage.

The flip-our camera array is the standout feature, of course. It houses a triple camera setup, nearly identical to that of the ZenFone 7, featuring a 64MP main camera, a 12MP ultrawide, and an 8MP telephoto with 3x optical zoom. Asus claims that the mechanism is rated for 300,000 flips. Interestingly, the mechanism can hold the cameras at any angle relative to the device, a feature earmarked primarily for vlogging and interesting video capturing.