The newly unveiled Hummer is an 830hp electric SUV 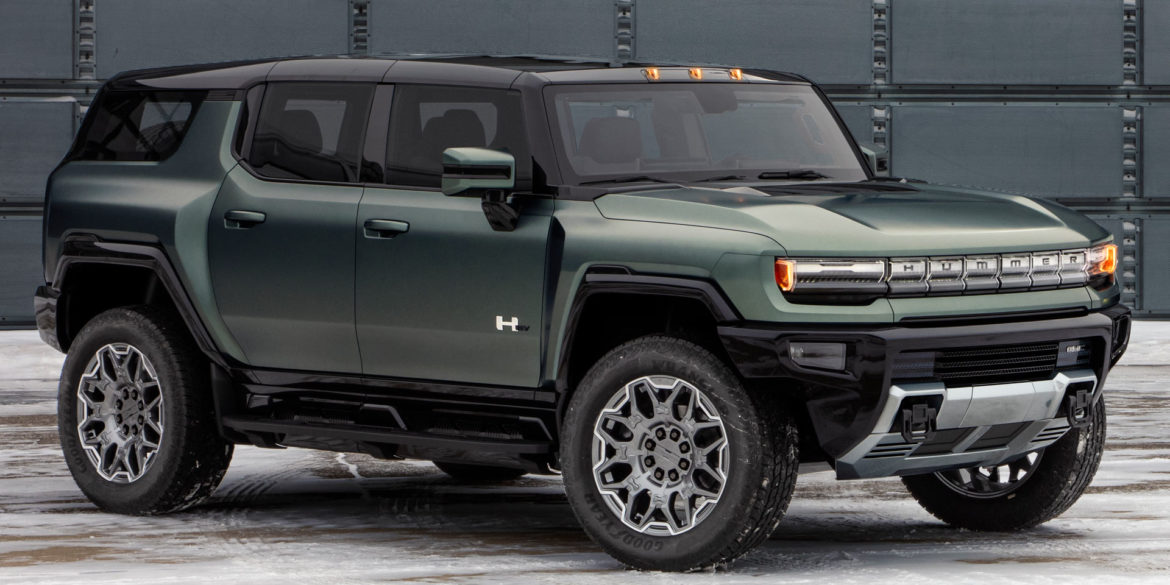 The first Hummer that will launch in years is an 830 horsepower monster, powered by electricity rather than fossil fuels. The (now) electric vehicle manufacturer has unveiled the latest Hummer, an EV more like a traditional SUV rather than the initially teased electric bakkie.

Read: LG will no longer be making smartphones

The new SUV is expected to arrive in 2023 and will be a five-seater with the aforementioned 830 hp. According to the company, it will have nearly 500km of range and accelerate from 0 to 100 kph in 3.5 seconds. It will cost more than $100,000 when it launches. It has three electric motors, one powering the front wheels and one on each of the rear wheels. Called the Edition 1, it will be the first Hummer to hit the roads since 2010.

It will use a newly developed 20-module Ultium battery pack. The company did not give a lot of details of what this entails or how it is different to other electric vehicle power packs. It has 800V battery packs and 350kW fast-charging capability. This would mean you could charge the vehicle for 10 minutes to add around 150km of range.

One of the much-advertised features of the new EV Hummer is its ability to Crab Walk – it can let the Hummer rotate all four wheels to drive diagonally at low speeds. While it was initially marketed as a new way to move off-road, in the launch material the company shows it off as a means of moving easily in an urban environment. As has always been the case, the new Hummer is a very large vehicle, and the feature could prove very useful in smaller spaces.

It also has Extract Mode, which can use the air suspension system to lift the entire vehicle six inches off the ground to get over large obstacles.