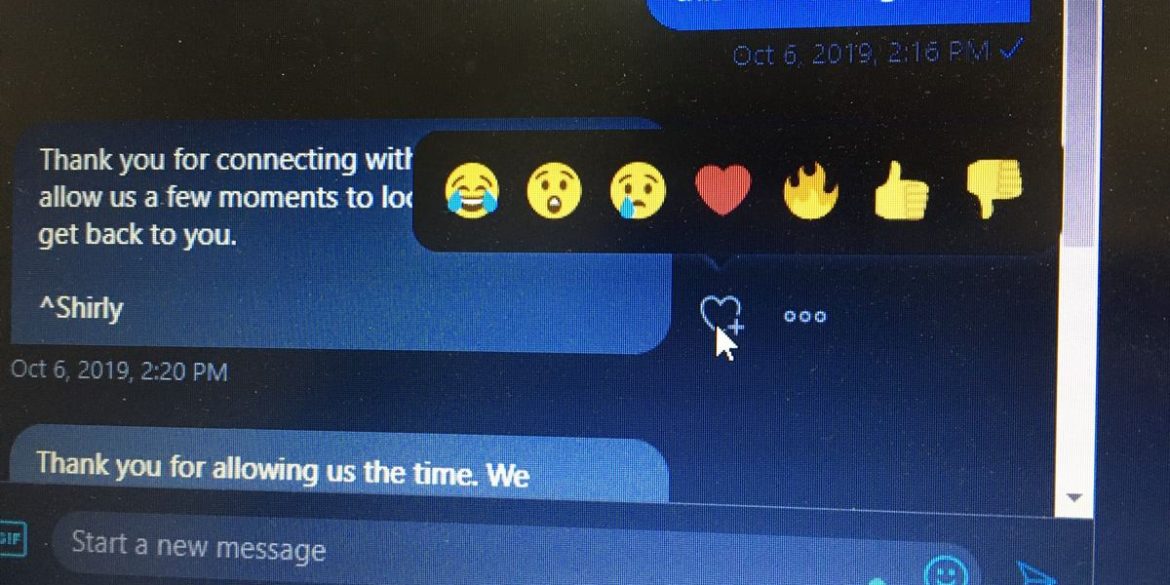 Whenever Twitter changes things, there seems to be an uproar. Not many can remember when Twitter replaced the stars with hearts on tweets, but there was outrage in the community. Twitter’s user base has very specific feelings when it comes to how they engage with tweets. So it will be very interesting to see the reaction if Twitter changes it up again with emoji reactions.

Read: Apple may launch a rugged smartwatch this year

The company has been surveying its users to get input on how they feel about a broader set of emoji-style reactions, similar to what you’d see on Facebook.

“We’re exploring additional ways for people to express themselves in conversations happening on Twitter,” a Twitter spokesperson said of the survey.

Twitter’s survey proposed a few different sets of reaction emojis, all of which include the heart (like), laughing face with tears (funny), thinking face (interesting) and crying face (sad). Knowing that people interpret certain emojis differently, they also gave users the ability to comment on different variations of emoji for certain reactions or sentiments.

Interestingly, Twitter may also be thinking of adding a full “disagree” option, something that Facebook has consciously steered away from. It could be viewed as a full 100% either the “agree” or “disagree” direction.

Twitter also asked users how it would make them feel if their own tweets were downvoted and how it would affect their willingness to tweet in the future. So, they clearly understand that the introduction of a wide set of reactions could have a significant affect on how their users engage with the platform and the content on it. It is the main reason that Facebook hasn’t introduced a downvote or dislike option. YouTube has embraced this system, however, and uses it in its recommendation algorithms.