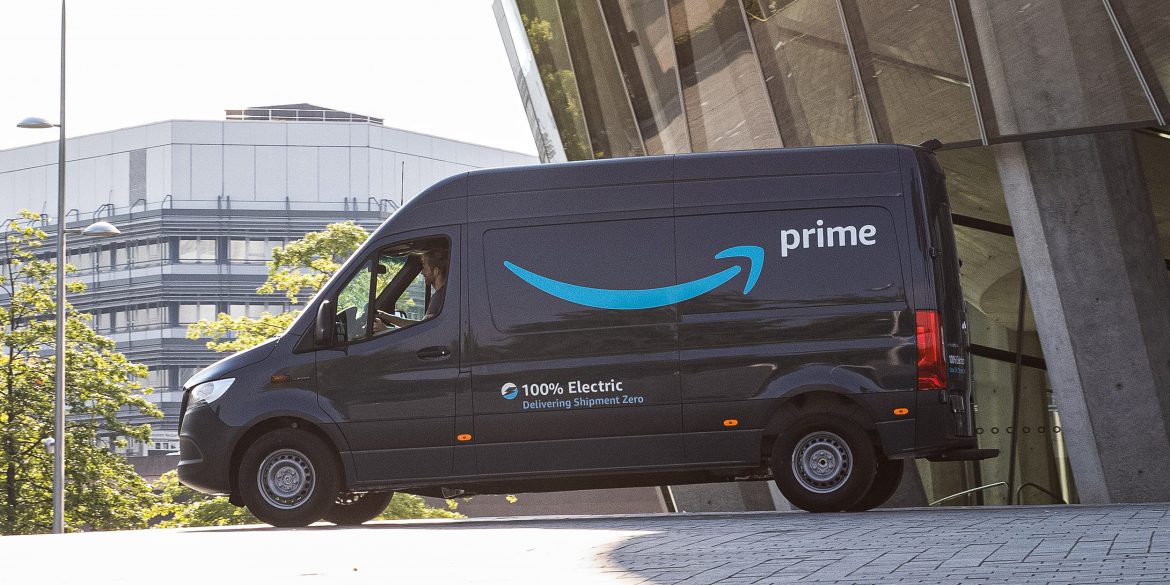 As the Amazon business continues to grow, especially during the global pandemic, the new demand has necessitated more delivery vehicles. They have pledged to become more sustainable in their business practices and operations, and have opted to start supplementing their delivery demand increase with electric vehicles. This time around they have opted for 1,800 electric Mercedes vans.

Amazon has established The Climate Pledge which not only outlines their plans to reduce their carbon emissions to zero by the year 2040, but encourages other businesses to do the same. Mercedes have now signed onto the pledge, and will have five all-electric vehicles on the road by the end of the year as well as 20 plug-in hybrids.

With signing onto the pledge, they have also announced a new deal with Amazon to deliver 1,200 eSprinter vans and 600 eVito vans. Mercedes have deliberately developed these electric vans, which are modified versions of the internal combustion product, to fit this purpose. These vehicles will serve the EU market.

The electric Sprinter van is the newest commercial electric vehicle from Mercedes and is a bigger version of its eVito van, which has 93-mile range. They will start deliveries in the coming months.

Amazon are fully investing in electric delivery vehicles, and invested in the US-based electric vehicle startup Rivian back in 2019. As part of that deal, Amazon promised to migrate its entire US delivery fleet to electric vehicles in the years to come. It is already expecting a delivery of 100,000 vehicles (yes, you read that correctly) from Rivian as it starts this fleet migration.

They haven’t invested in a similar company in Europe (yet), but could scale Rivian up in order to deliver the same vehicles to their European operations.

As Amazon looks to distance itself from using other couriers and delivery services to get packages to customers, we can expect it being a hotly contested market as many auto manufacturers vie for these contracts.