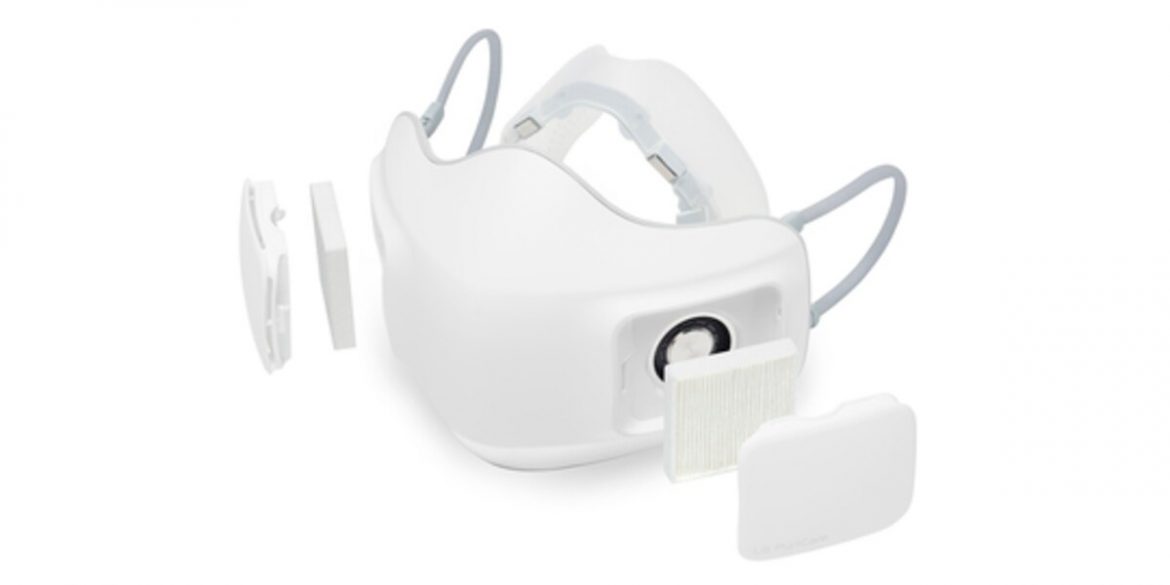 We were quite elated to see that LG – the South Korean electronics giant that nobody, not even a haphazard attempt at modular hardware, can stop – has decided to revisit the wacky days of AR-powered vacuum cleaners by teasing the deliciously weird LG Wing. Now, the firm’s next project, the PuriCare Wearable Air Purifier, is a decidedly LG-take on the renaissance 2020 face mask that’s in vogue this year.

Whereas most face masks are designed to inhibit viruses such as COVID-19 leaving the body on water or mucus droplets, rather than entering, the PuriCare Wearable Air Purifier is instead designed to actively scrub air as you inhale – LG’s hope being that you’ll never again have need to choke on your aspirations.

It’s hard to forget in our arena that despite making some convincing mobile hardware, LG actually focuses most of its efforts on its appliance range – and for that reason, the PuriCare Wearable Air Purifier borrows three-speed fans and a pair of HEPA-style filters from LG’s household purifiers.

The clever mask will automatically adjust its fan settings as your breath rate increases or decreases – and what’s even better is that the device actually comes equipped with a UV LED lights that can sterilize the mask when it’s not being worn.

And you thought your AirPods were cool.

LG claims that the PuriCare Wearable Air Purifier will weather around 8 hours on a full charge of its 820mAh battery, meaning that you’ll be good to go on extended shopping trips to escape the mundanities of lockdown.

By Theunis Jansen van Rensburg
In AppsCultureTechnology
6 days ago

In other good news, the device is entirely recyclable, and comes equipped with replaceable straps. The only downside we can think of is that LG hasn’t yet announced where, and for how much, the wearable air purifier will retail for. We imagine you’ll just have to wait that little bit longer to take 2020 in stride.