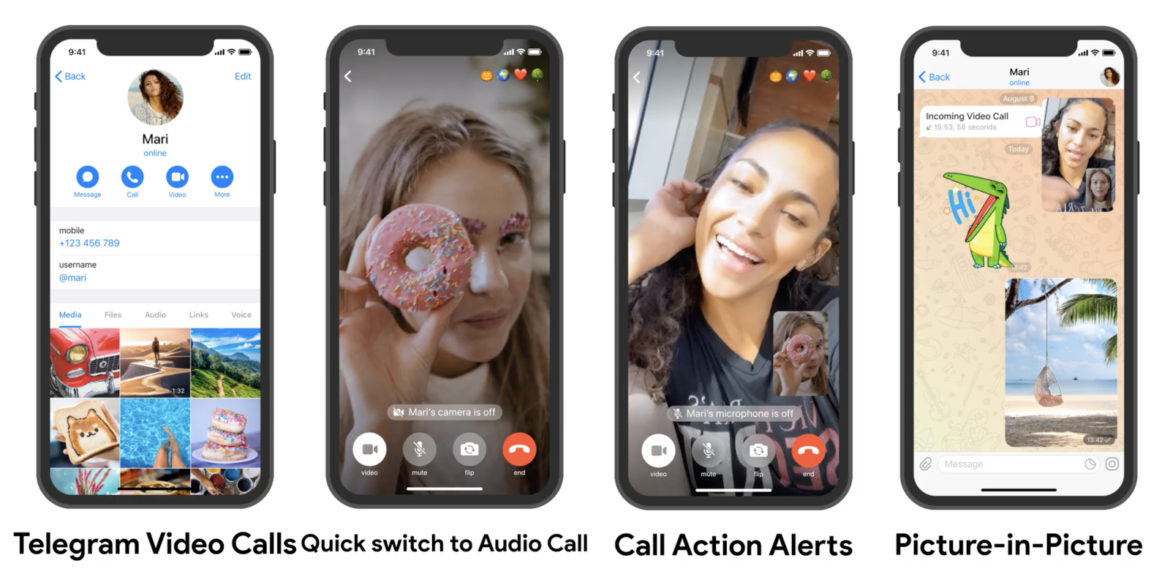 Telegram has grown significantly in recent years, positioning itself as a more secure and independent alternative to the likes of WhatsApp and Skype. It has lagged behind in offering video calls to its users, but it is finally now available on Telegram.

The alpha version of the update is now available on both Android and iOS, offering end-to-end encrypted video calls between two users. There is no group video chat function yet, but it is expected to follow relatively soon.

You can start a call from a contact’s profile page and switch from audio to video anytime (and back to audio). You also have picture-in-picture mode, so you can reply to other messages in the app while on the video call.

In a blog post, Telegram notes that “all video calls are protected with end-to-end encryption. To confirm your connection, compare the four emoji shown on-screen for you and your chat partner – if they match, your call is 100% secured by time-tested encryption also used in Telegram’s Secret Chats and Voice Calls.”

“Video calls will receive more features and improvements in future versions, as we work toward launching group video calls in the coming months. But for this midyear milestone, you can now enjoy a little one-on-one time with those closest to you, whether they’re in the other room or on another continent.”

They have also released new animated emoji with this update, giving some character to your favourite emoji.

Since its launch in 2013, Telegram has now amassed more than 400 million users (we’re not sure how many are active users). Telegram is also now one of the top 10 most downloaded apps in the world. The company highlights the fact that they have never advertised their platform, and that its immense growth has come as a results of its users sharing it as a recommended platform that is trusted for its security features.