The Rand Show is officially back… with a bang 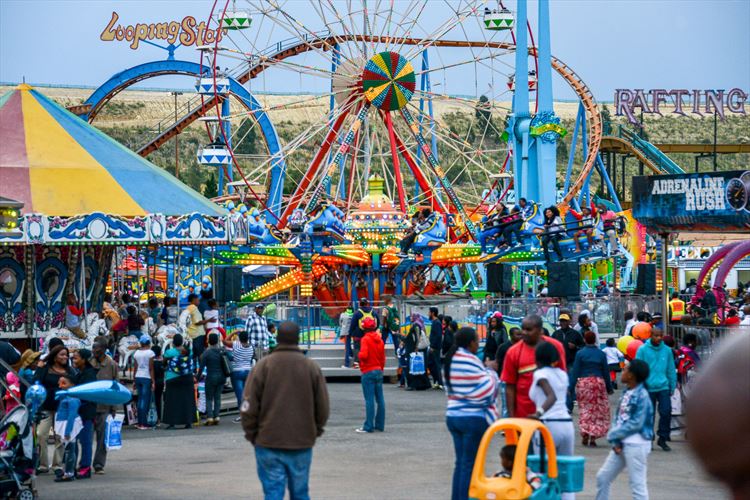 The Rand Show is easily one of the most iconic events that lives rent free in most people’s minds consisting of priceless childhood memories. Following a two year hiatus (no guesses why), it is officially back this year and brings with it some great entertainment. Not only is this year’s spectacle bringing the Rand Show Live Music Concert back from Friday 15 April to Monday 18 April, the organisers are also encouraging families to come and enjoy the event picnic-style while being entertained by some of Mzansi’s top music artists.

“Bring a blanket, have a joyful family day out while soaking up the South African sun, listening to original South African music and sampling the delicious food and drink from our local vendors. Festival-goers will also have access into the Rand Show itself at no extra cost,” says Adele Hartdegen, CEO of the Rand Show.

On Friday, 15 April, the main stage will feature A-List performances from Goodluck and Mi Casa. Saturday’s show sees A-Listers Shekinah and TKZee take to the stage. On Sunday, 17 April, Kelly Khumalo, Doctor Victor, MXO and Mango Groove perform. And headliners on Monday, 18 April are Mafikizolo and AKA.

Says Juliet Harding of Goodluck “We’ve performed alongside some of the top artists in the world – such as Pharrell Williams, Basement Jaxx, Jungle and more – and we can’t wait to bring our high-energy to the Rand Show for local audiences. We know that if we keep writing great songs that can help people through all the chaos in life and if we can keep us all dancing… everything else will fall into place.”

Other featured artists include Mr Keys, Boki, Early B, Barbosa and daily performances from famous local DJs. As usual, no food or drink is allowed to be brought in. Purchases must be made from event vendors. In case you are up for it and interested in having a cool day out, check here or visit www.randshow.co.za for more information on both the show and music festival.