A review of Halo… the TV series 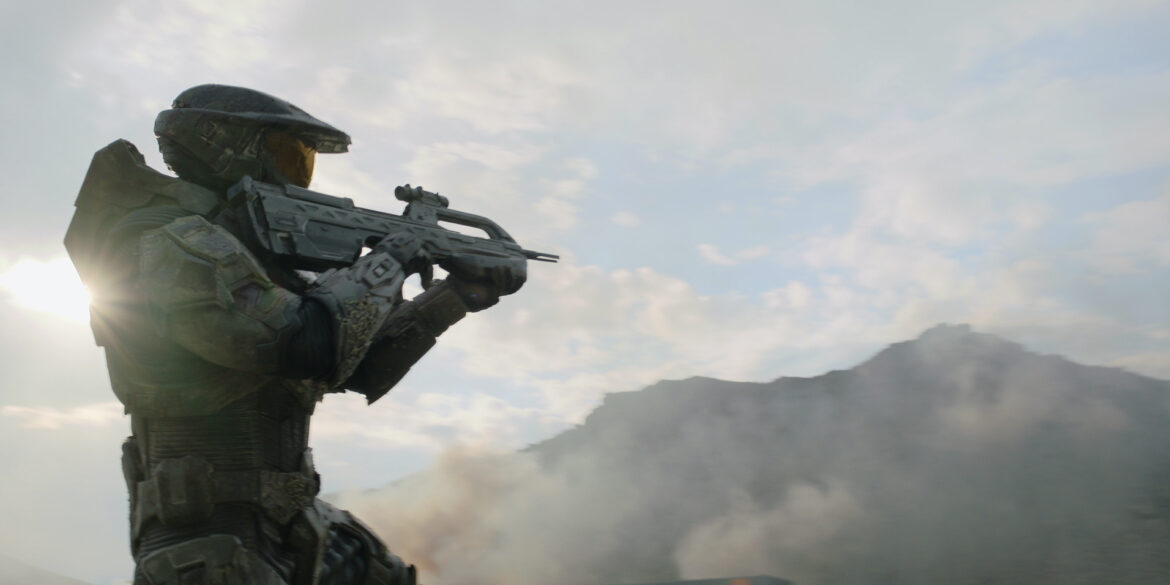 Halo is a word familiar with most, none more so than with gamers – the game series being one of the most popular ever produced. A winner of many awards and such is its popularity, it has now been turned into a television series all ready to air on Showmax from the 25th March. Produced by the legendary Steven Spielberg, the show is part of Xbox’s initiative to produce multi-media content for Showtime’s franchises. Thanks to an early screener, I was able to watch the first two episodes to gain an early and better understanding of what to expect… more on that later.

What’s interesting is, according to one of the lead creatives, the team involved in the inception phase of the series didn’t look at or talk about the games when developing it. Having said that, executive producer Kiki Wolfkill revealed that the series is a non-canon standalone story inspired by the game franchise rather than a continuation, adaptation, or prequel, explaining that they wished to give the two Halo canons a chance to evolve individually to suit their media.

The series will try to strike a balance between fan expectations and presenting something new. It is set in the 26th-century conflict between humanity and an alien threat known as the Covenant and weaves deeply drawn personal stories with action, adventure and a richly imagined vision of the future. Stuck in development for roughly a decade, dating way back to 2015 with more than a whopping $90 Million spent and 265 script drafts, season 1 is finally here initially consisted of 10 hour-long episodes, a common season length for big-budget prestige TV series these days, that has since been dropped to nine episodes.

With the constant delays, it’s clear why Halo (already renewed for Season 2 by the way) was always going to be a tricky one to bring to life considering its sparkling gaming reputation as well as the plethora of other similar television sci-fi series to rival it. Personally, I’m not a big fan of video games adaptations, it usually doesn’t turn out well and most of the time, the production feels forced. Does the same apply in this instance? Well, yes and no, the series does feel a bit forced but having said that, I have seen worse. At the very least, the initial two episodes encouraged me to continue with it to find out what happens, a sign of any good story.

The intriguing sci-fi led story will no doubt get better and continue to unravel in upcoming episodes, at least I hope. Not one to start off on a slow burner, Halo hits the ground running thanks to a series of action sequences where we are officially introduced to the lead, Master Chief, played by Pablo Schreiber (The Wire, Orange is the New Black) and his team. I couldn’t help but feel that the action sequences looked weird, a bit stiff and too choreographed which in this day and age is inexcusable and for a series like this, most its exciting scenes will be heavily reliant on that. The hope is this improves or at least doesn’t stick out too much in the following episodes.

What was also interesting to me is that Halo kept on giving me The Mandalorian vibes (as other critics have mentioned), the latter though being far superior in most instances. And to be fair, The Mandalorian has set the bar for most sci-fi series to follow and in the case of Halo, it’s a case of attempting to reach those heights.

By Theunis Jansen van Rensburg
In GadgetsGoogleTechnologyWear OS
3 days ago

In terms of the support cast, Halo also features Natascha McElhone as Dr. Catherine Elizabeth Halsey, a scientist for the UNSC (United Nations Space Command) and creator of the Spartan-II Project, Yerin Ha as Kwan Ha Boo, an Insurrectionist teenager from the outer colony planet Madrigal, Charlie Murphy as Makee, a human member of Covenant who opposes her own race, Shabana Azmi as Admiral Margaret Parangosky, Director of ONI (Office of Naval Intelligence), Bokeem Woodbine as Soren-066, and Olive Gray as Miranda Keyes, a UNSC officer and daughter of Jacob Keyes.

Despite its gaps and various niggles, Halo is worth a shout and investing time in, if anything it’s another valiant effort in the ongoing but not yet perfectly executed attempt of successful video game adaptations. Catch it exclusively on Showmax, streaming officially from the 25th March.