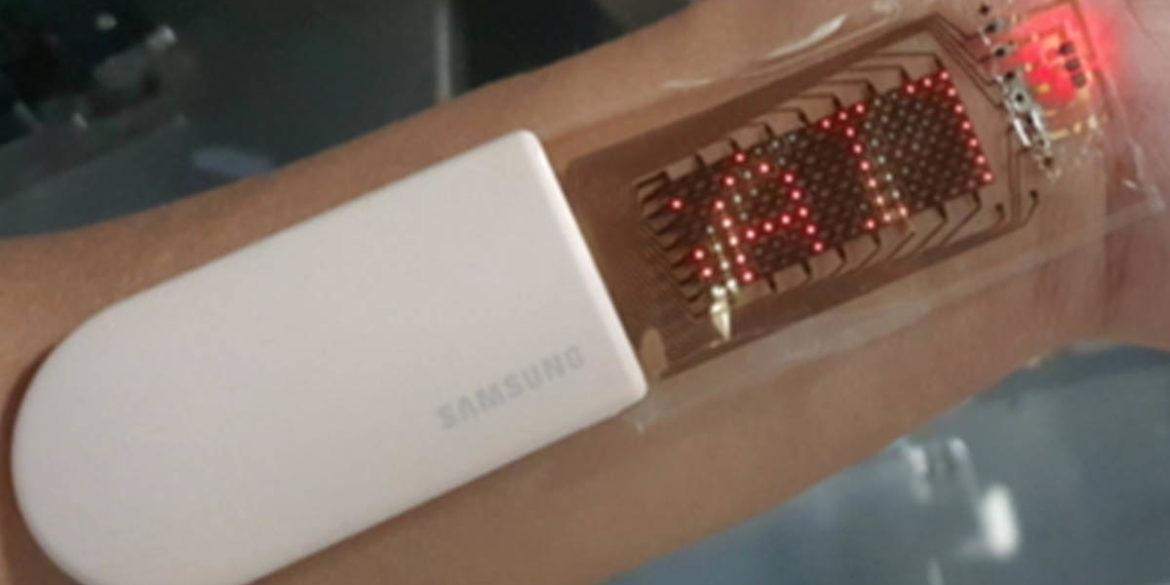 Samsung – and its fellow South Korean firm, LG – have over the years released intriguing screen concepts that have steadily made their way into mainstream technology; such as curved, foldable, and even rollable displays. Now, Samsung has unveiled a stretchable display that could power new efforts into flexible health technology.

Samsung’s research team have developed a new OLED display that can be stretched by up to 30%, with a prototype integrated into a heart rate monitor that functions similarly to a medical plaster.

The added advantages for consumers are twofold; not only could wearables be worn in new and exciting places, but further biometric data could be delivered on devices that have previously only existed in the realm of jewellry, such as a bangle.

In a statement to the press, principal researcher Youngjun Yun quipped that “The strength of this technology is that it allows you to measure your biometric data for a longer period without having to remove the solution when you sleep or exercise, since the patch feels like part of your skin… You can also check your biometric data right away on the screen without having to transfer it to an external device.”

“The technology can also be expanded to use in wearable healthcare products for adults, children and infants, as well as patients with certain diseases”, Yun added.

Paper co-author and fellow principal researcher Jong Won Chung added that “Our research is still in the early stages, but our goal is to realize and commercialize stretchable devices by increasing system resolution, stretchability, and measurement accuracy to a level that makes mass production possible”.

By Theunis Jansen van Rensburg
In AppsCultureEntertainmentNetflixTechnology
5 days ago

It remains to be seen whether Samsung will integrate the display with any future devices – however, doing so may give the South Korean chaebol new impetus to compete with the likes of Apple and Garmin in the health industry.