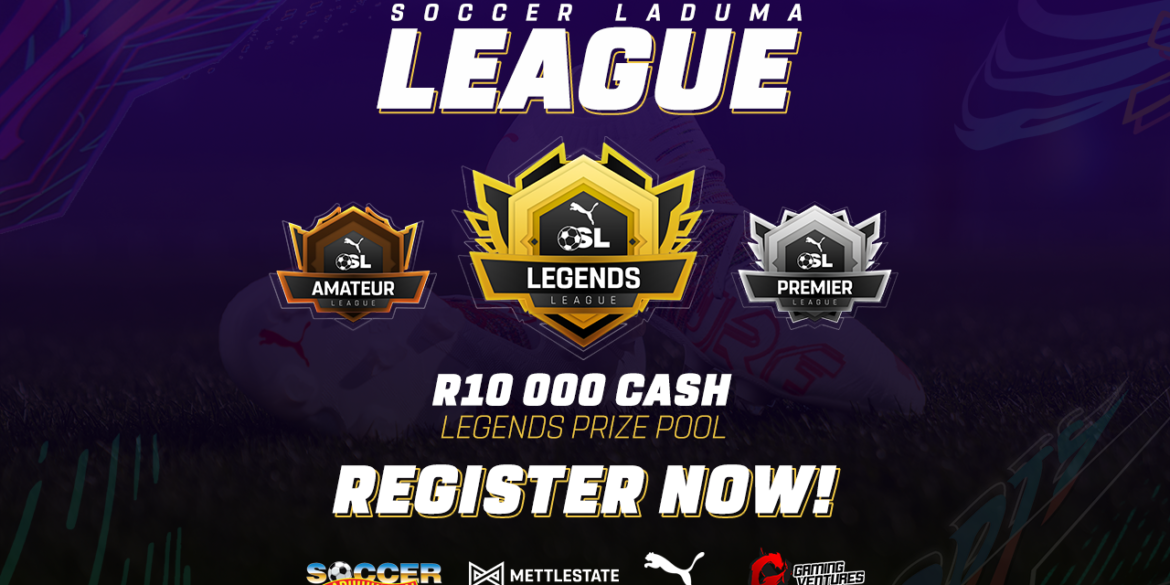 Mettlestate (Esports and gaming content specialists) have announced a cool partnership with Soccer Laduma (Mzansi’s biggest soccer publication) that will see them hosting the Soccer Laduma League, powered by PUMA. The finals are set to be live streamed to Mettlestate’s Twitch TV at the end of July.

The partnership is earmarked as an effort to grow awareness and accessibility to large-scale esports events, both Soccer Laduma and Mettlestate aim to provide the biggest and best gaming platform for South Africa’s esports community. As Soccer Laduma kicks off the League – their first esports event – it looks to be the first of many similar tournaments to come.

Barry Louzada, Founder and Director at Mettlestate says, “Naturally, everyone wants to get into esports right now. And thankfully we have amazing partners in Soccer Laduma and PUMA, who are powering this inaugural league. PUMA has strong credentials in the Sport style and Football space and more recently in esports through their sponsorships globally of Cloud9, GenG and a host of other teams – it is therefore logical for them to support a tournament of this nature as the gaming consumer in this space is a potential PUMA consumer.“

“We hope to take advantage of the involvement of world-class sponsors and both Soccer Laduma and PUMA’s endorsement of the league to make gaming more accessible to everyone – whether they are simply casual gamers or are looking to get into the big leagues. Anyone is eligible to compete and this is a prime opportunity for players who have never played competitively to enter the arena. The spectator value is also going to be massively appealing, as we may well see a few top players emerge as global talents, competing against the world’s best.“

“Mettlestate is incredibly excited and proud to be working with Soccer Laduma and PUMA. We anticipate great success with the Soccer Laduma League, and we hope to see this become a seasonal or yearly tournament in future, and eventually expand on a global scale”.

Clint Roper, Soccer Laduma GM concurred saying, “We’re incredibly excited to be launching the Soccer Laduma League and to have the guiding expertise of Mettlestate handholding us in our foray into the world of gaming.  We share their vision of having this league becoming the league of choice for players of all skill sets across South Africa. With PUMA coming on board to power the initiative, we have no doubt that together we will be creating a world class product that will service the South African gaming community’s growing passion for esport.”

In the end, the winners will all stand a chance to walk away with R10 000 in cash prizes and PUMA merchandise. But cash prizes will only be awarded in the Legends League. PUMA merchandise will be up for grabs in the Premier League, along with a chance to win promotion to the Legends League. The Grand Finals will be live streamed to Mettlestate’s Twitch TV at the end of July 2021.