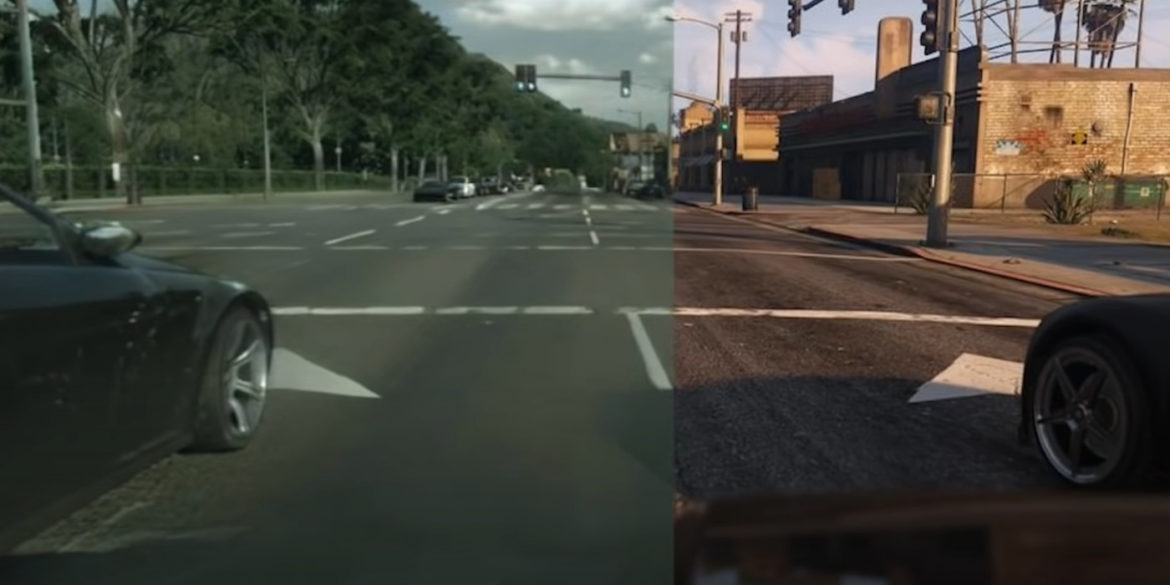 Launching in 2013, GTA V has always been visually impressive. The city created by the Rock Star closely resembles Los Angeles and the southern California desert, but a new machine learning project from Intel Labs is pushing it towards photorealism.

The project is called “Enhancing Photorealism Enhancement,” and was created by Intel researchers Stephan R. Richter, Hassan Abu Alhaija, and Vladen Kolten. The machine learning algorithms wash out the game’s colours, making it closer to real life, cars have a more realistic gloss, and roads are much smoother. Watching the footage of a car driving around Los Santos and Vinewood using this technique, it is difficult to tell that you are looking at a game.

In the published paper describing how the process works, Richter, Alhaija, and Kolten detail the artificial intelligence techniques utilised. In simple terms, it uses a set of images called “cityscapes,” which are mostly pictures taken of German city streets. The process produces new images frame-by-frame, filling in visual points with those pictures. This results in a more realistic experience, sure, but there are some flaws. Looking at each shot by pausing the video, you can tell some shadows look unnatural and objects in the peripheral sometimes look muddy.

Don’t expect this kind of graphics to come to GTA anytime soon, as the technology is proprietary to Intel Labs. The other question is whether players would actually want this kind of graphics in a game. The artistry that goes into the visual design of different video games is a major draw for many gamers, and it lends a unique personality to many of the most-loved titles.

Let’s not even try to imagine how much GPU power a machine would need to run this in a game proper.