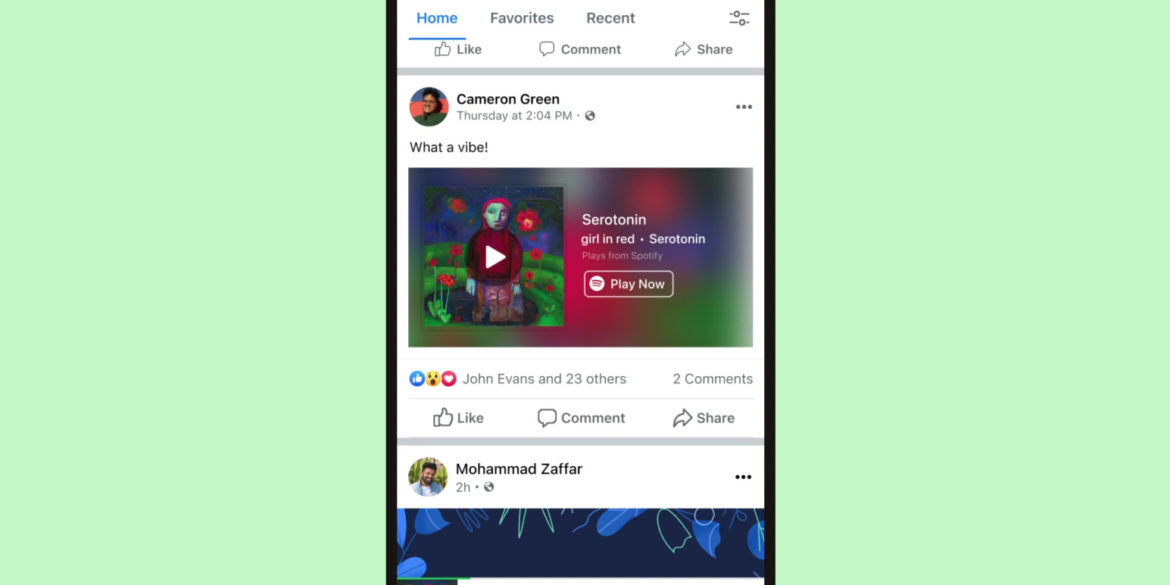 As part of its bid to decrease the amount of time you spend away from any of its core services, Facebook has unveiled a two-fold bid to become more podcast-friendly.

Firstly, the company announced today that its partnership with Spotify has borne fruit; going forward, users will be able to access a Spotify miniplayer from within the core facebook app, where users can naturally listen to music or podcasts (or share content they like) while they navigate throughout the app.

At first, the feature will be limited to iOS and Android handsets in a number of markets, and will gradually roll out worldwide. Users on a free Spotify plan will hear ads, and Facebook has confirmed it will receive ‘limited data’ about users enjoying the feature – such as their subscription type and several other metrics.

Further, Facebook has also confirmed that it plans to develop its own in-app podcast player that will be seperate from Spotify’s newest extension. While the company has yet to unveil how exactly this will ingest content, the firm did quip that the feature is expected to roll out within the next few months.

The news will see Facebook, as one of the last tech giants left standing, finally enter into competition with the likes of Apple, Amazon, and Google, for real estate amongst podcast listeners.