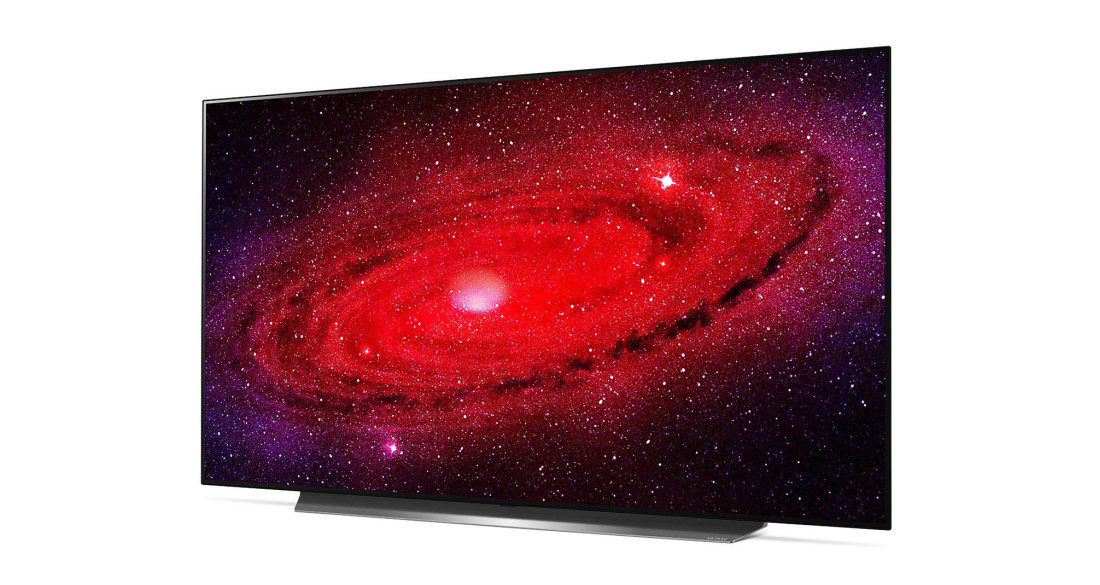 Say what you may about LG but one thing you can’t dispute is the company’s ability to produce high quality products and its 55-inch OLED TV falls firmly in that category. For the first time ever, I was approached with the tentatilising opportunity to review one of the Korean giant’s TV sets, a proposition I couldn’t say no to despite not ever reviewing a device of that nature before.

Now, imagine all of that and finding out it’s not just any TV set but one of their most prized and highly sought after possessions, the outstandingly beautiful OLED AI ThinQ 55 inch. It didn’t arrive alone; it did so with a companion otherwise known as the LG 3.1.2 Dolby Atmos Soundbar.

For those who aren’t aware, the LG OLED range consists of a couple of different models but its C-class range has always been the most desirable, the most sought after and tends to generate the most excitement among individuals. There are a couple of reasons for this with one of the most glaring ones being that it is the most affordable model that not only offers the company’s most up-to-date panel but also processing tech.

Without giving too much away at the start, let’s first give you the low down on the main product (we’ll refer to as the CX throughout to keep things simple) and its companion, and what they both have to offer.

As you’d imagine, the CX doesn’t necessarily come in a small box and instead does so in quite a large one which, considering my size, would have been a mission to carry all by myself. So, like me, better make sure there is at least someone else there to give you a hand. Having to carry it is a bit of a mission but once you manage to and eventually proceed to opening the packaging you start to realise it was all worth it. This brings me to its overall build and design aspects.

The CX is the one of the most elegant TV sets I have ever come across. Combine that with its sleek pedestal stand and you immediately get the feeling you are getting what you signed up for and much more. The stand is sizeably wide with the CX’s overall length and footprint being a bit narrower than most sets I’ve come across.

That in a sense made it easier to carry alone once out of the packaging but the risk in that is quite high with the possibility of it accidentally collapsing on the floor being high (again, while setting up especially when thinking of mounting onto the wall, it’s wise to have someone there to assist). Despite the stand, what I observed is the CX sits quite low which, depending on the width and length of your TV stand, could be an issue especially if you plan to also place the soundbar in front of it.

When you generally look at it, the CX looks like any other OLED set out there, it comes in a pure black panel surrounded by a super, ultra-slim, flush, black bezel with, surprisingly, no branding giving it a bit of a mysterious vibe… something I quite liked (it’s the little things for me). Hidden underneath it is a standby light located right on the bottom edge, but, in keeping with its mysterious vibe, this feature can also be disabled giving you a further stealthier and broody look.

LG have done super well with the subtle design aspects, one of the immediate ones being the panel which is extremely thin (about 6mm). As usual though especially with OLED TVs, there’s an enclosure on the rear that houses all of the set’s usual inputs, speakers and processing hardware. Take that into account and the size slightly increases the set’s overall depth to 4.7cm.

As expected, the CX comes with a couple of features that ensure you have a holistic and enjoyable experience. Various options are on offer thanks to several input choices located at the back of the set, these include satellite, ethernet, a headphone socket, optical audio output as well as four HDMIs, three USBs and an aerial.

There’s great news for gamers with the CX coming with a Game mode that is automatically selected when a compatible console is connected. More good news is Xbox One X and One S gamers can immediately take advantage of these features and it will be supported for the next-gen PS5 and Xbox Series X. It’s also key to mention that all current Variable Refresh Rate (VRR) formats are now supported by LG’s BX, CX, GX and ZX models, and this is all thanks to a recent software update that added official AMD FreeSync compatibility.

For those of us who live for pure TV entertainment, the CX also does the things in this instance. It comes with several built-in apps that include Netflix, Amazon Prime Video, Apple TV and Disney+ with Dolby Vision and Dolby Atmos on the appropriate content also being available.

As if that wasn’t enough, you will also find Google Play Movies and Google TV in addition. Another passion of mine is music and the CX also caters for this with the only disappointing part being that it only comes with two music apps, namely Spotify and Deezer. For someone like me who’s subscribed to Youtube Music this was a bit of a downer, hopefully there are plans to incorporate both that and more in the near future.

Thanks to LG’s webOS platform, all the apps are presented nicely and are easily accessible. The settings menu can also be easily found, however I found myself having to dig around a bit to find certain settings, luckily that wasn’t a too hectic of an exercise – its ergonomic remote (with a pointer function) particularly plays a vital role in this entire exercise. Having said that, though, I did find (on occasion) the remote to be a bit buggy with some gestures not responding as intended… this was a bit annoying and perhaps something for the company to look at improving.

Key to any TV set is ultimately the picture quality it offers and when it comes to the CX you have the option between two modes, namely Dolby Vision 4K Blu-ray and HDR10. Both aren’t just gimmicks; I was especially more than impressed with the Dolby Vision mode which is the standout feature that gives off a brilliantly sharp and detailed picture with the right amount of colours that show off every bit of detail in crisp and vivid fashion (this includes small facial features too!).

Couple this in with the sound (which I elaborate on further below) and you have a full cinematic experience right in your living room. When you switch to HDR10 on the other hand, the quality drops a bit and isn’t as crisp but having said that, the picture quality still stays lovely and fresh.

This picture quality was easily my standout and most enjoyable feature, LG did a superb job here. Such is the experience with the picture quality that I can’t watch any other TV the same way. Its strength lies in its realism with the motion and movement of images being in an unbelievable manner that makes it seem like you are watching raw reality television and it doesn’t matter if you are watching any series, documentary, movie, sports, or whatever it may be, the quality makes it an immersive experience that I have never seen before.

Anyone who enjoys going to the movies does so because of the experience a movie cinema offers which includes a larger display as well as the sound effect. When it comes to the CX and as mentioned above, the set offers a complete cinematic experience when the sound is also taken into account. The CX’s sound system is classified by a 40W and 2.2-channel which does a more than sterling and commendable job on its own. In fact, such is its effectiveness that you won’t need any other accessory to assist in this regard.

The Dolby Atmos mode especially creates a large and spacious experience. Having said that, however, it does tend to struggle with the bass element which at times falls flat as I experienced when watching Snyder’s Justice League.

This is where its 3.1.2 Dolby Atmos soundbar comes in handy. The soundbar is quite sleek with a low profile that allows it to fit underneath most TVs. It comes with a sub that is naturally not as compact but is still compact and small enough especially when compared with other ones I have come across before. Factor both in and it starts making more sense to have them in a much, much wider and spacious room to allow the full cinematic sound effect to take place. There was only so much noise I could get away with in the area I was in, unfortunately!

The soundbar comes with one HDMI-In, one HDMI-Out (ARC/eARC enabled), plus optical audio and USB connections. You will also have a separate remote controller for it that easily allows you to control its handy LED lights that do a good job of letting you know which mode you’re using. Apart from the quality sound it delivers, I also enjoyed the uncluttered nature of the speaker which consists of two power cables that plug into the wall; it’s 100% wireless.

Generally the soundbar radically enhances the mid-range audio by boosting vocal clarity and somehow makes conversations crystal clear. It adds some low-end bass that enables a much punchier feel to all kinds of things such as fight scenes, explosions, vehicle chases and the like. For self proclaimed music lovers like me, the soundbar intensifies bass drops, bass grooves and anything with a percussive element to it.

With it effectively being my first smart TV experience (and I’m admitting unashamedly) it couldn’t have come with a better set. Whether or not that’s an advantage or disadvantage, that’s up to you to decide. Until I’m fortunate enough to review another set of its kind, this is the standard to reach.

It’s no wonder LG’s OLED TVs are mostly highly regarded and in the CX the company has a great product. It offers great clarity and detail complete with rich colours. Add the sound experience (especially with the inclusion of the soundbar) and you have an all round performer that will easily give you a cinematic experience right in the comfort of your living room.