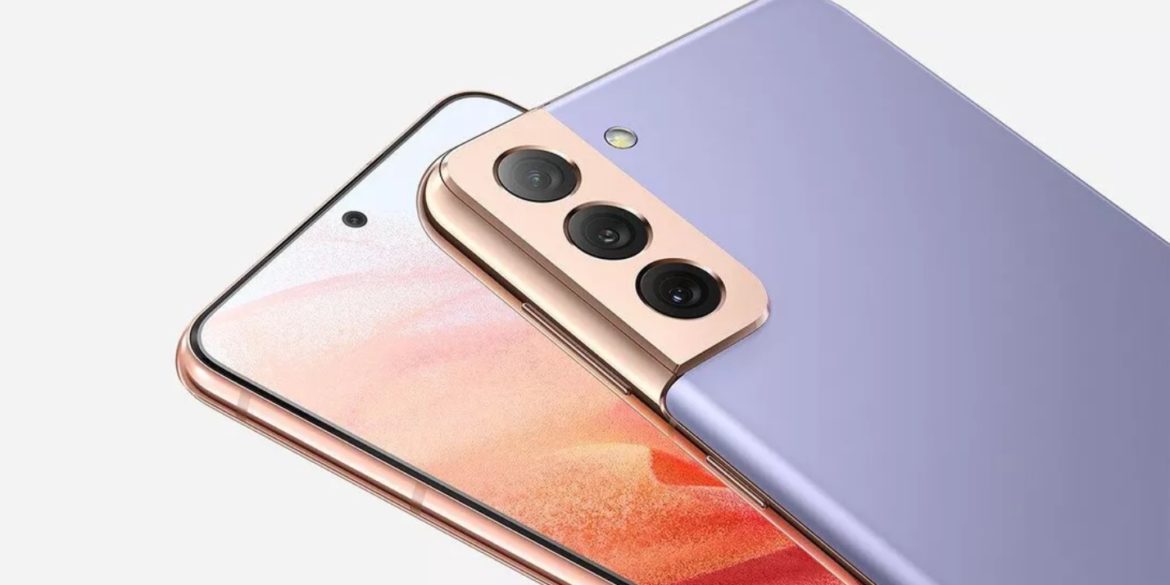 Kicking the year off strong, Samsung has launched its new flagship Galaxy S21 and Galaxy S21+ smartphone range. As last year, there is the highest end Samsung Galaxy S21 Ultra as well, bringing more pro features to the device. But let’s take a look at the Galaxy S21 family first, as the fresh design and new price tag is sure to turn some heads.

The Samsung Galaxy S21 family has a new design, setting it apart from anything else the company has done before. The most striking aspect of the design is the new metal frame that beautifully flows into the camera module made of the same material. In combination with the funky new colour options, it is one of the most distinctive smartphones at the moment.

The smaller Galaxy S21 has a 6.2-inch display, with the smallest bezels Samsung have ever had on a device. The new displays are now much flatter, which is a trend we’re happy to see returning. While the waterfall displays were striking to behold, it made the device less comfortable to hold and it was frequently plagued with accidental touches on the sides of the display.

Interestingly, the new display is a 1080p resolution panel that has adaptive refresh rates ranging from 48-120Hz. This is a minor downgrade from the previous Galaxy S20, which had a 1440p resolution. Samsung argues it isn’t a step backwards, however, as most people preferred the high refresh rate option as opposed to the full 1440p resolution (the 120Hz fast refresh rate lowered the display resolution to 1080p on the S20).

By Theunis Jansen van Rensburg
In MicrosoftTechnology
12 hours ago

Internally, both devices will be running the brand new flagship Snapdragon 888 chipset, 8GB of RAM and either 128GB or 256GB of internal storage. There is no expandable storage through a microSD card this time around, which is disappointing. The Galaxy S21 has a 4000mAh battery, while the larger variant has a significantly larger 4800mAh battery (this device is sure to deliver great battery life with ‘only’ having to power a 1080p display).

The camera setups are identical on the two devices. They have practically the same 12MP main camera as on last year’s models, the same 12MP ultrawide-angle lens, and a new optimised 64MP telephoto lens capable of 3X zoom. It will zoom all the way to 30X zoom with the assistance of some software wizardry.

The Samsung Galaxy S21 will cost from $799 for the base version, while the Galaxy S21+ will start from $999 for the base model. This means both devices are slightly cheaper than last year’s versions (with the caveat of some lesser specs as already discussed).