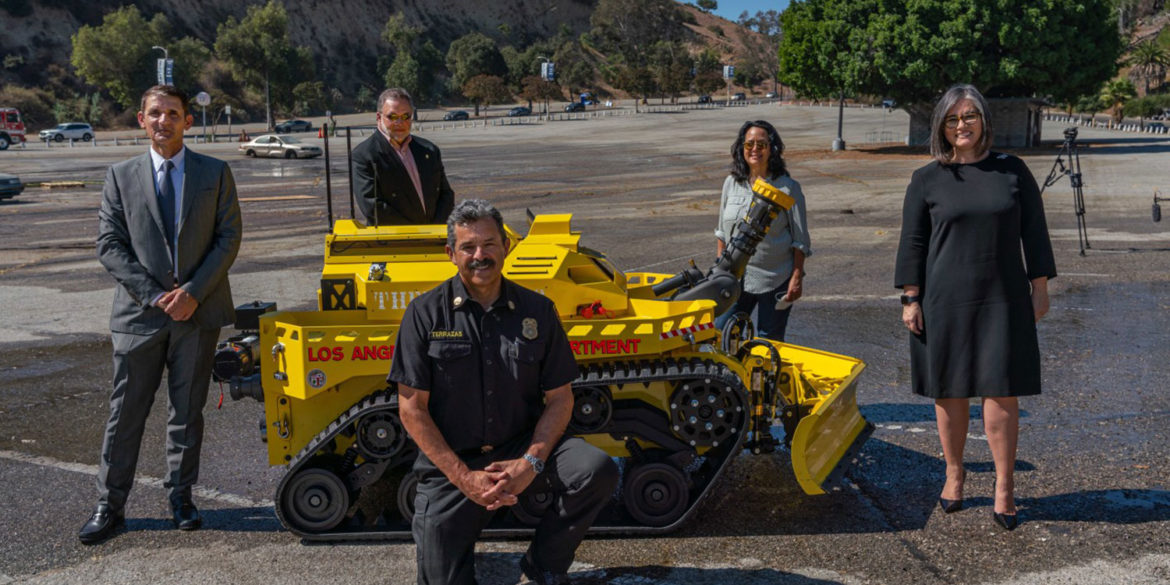 We’ve said it for a while, but robots are about to become a lot more commonplace in our everyday lives. We’ve spent a lot of time looking at the terrifying robots from Boston Dynamics, but others that will assist us are less intimidating. The Las Angeles Fire Department has become the first in the US to deploy a “robot firefighting vehicle.”

The LAFD’s Thermite RS3 is a 1.5-ton robot that is about the size of a small car. It was designed to be able to fit through a set of double doors, but doors aren’t generally a problem for the RS3. As only seems fit for a firefighting robot, it can easily blast through a wall to get to where it needs to be.

It can dispense water at a rate of almost 10,000 litres per minute and can also function as an immensely powerful sprinkler. It is meant to  keep firefighters safe from buildings that could potentially collapse or trap them, going in remotely and able to patrol for 20 hours without refuelling.

According to Ralph Terrazas, the chief of the LAFD, “it may make us rethink some of the ways we tackle fires when it’s available.”

The robotic firefighter RS3 is built more like a tank than anything else the fire department would potentially use. This is resultant of a design coming from a modified US army robot, which it uses to disarm improvised explosive devices in Iraq and Afghanistan. The robot isn’t cheap, as you would imagine. It is currently on sale for $272,000 per unit of the RS3, so it remains to be seen how useful it is and whether more fire departments decide to make use of it.

When the RS3 was deployed for the first time this past week, it worked with more than 130 human firefighters to put out the blaze, helping to clear debris inside the building where the fire broke out.