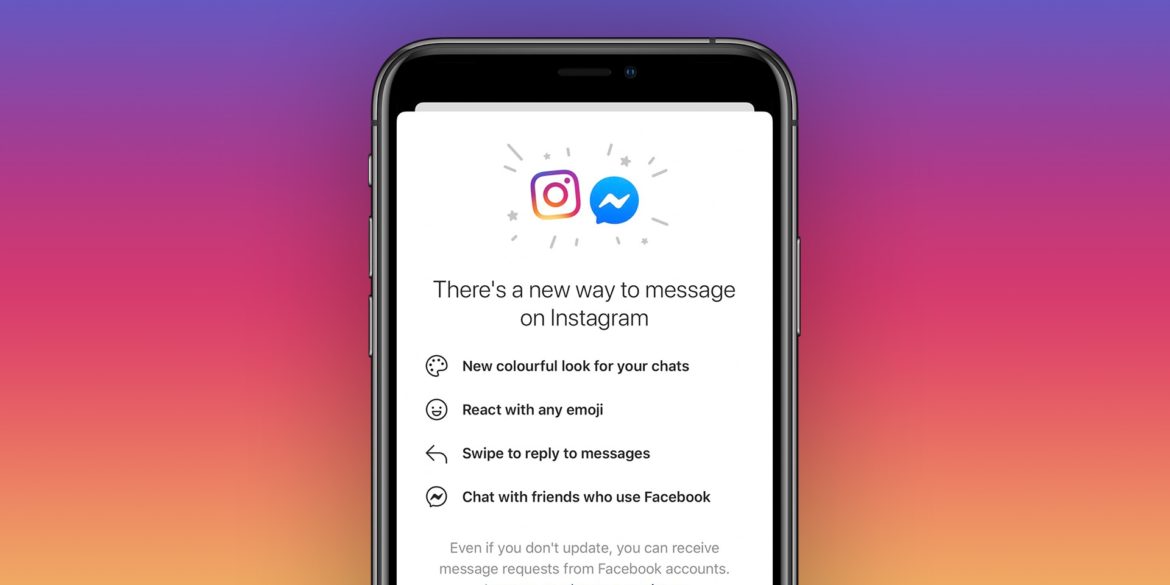 As has been the plan for several years, Facebook is starting to unify its messaging platforms across apps. They will start including more of Messenger’s features into Instagram’s direct messaging chat platform. It will also add the ability to send messages across the two apps.

The feature is set to roll out to everyone using the Instagram Messenger platform in the coming months after testing in limited numbers since July. In the new update, Instagram users will be prompted to update in order to get “a new way to message on Instagram.” It will allow them to reach Facebook users, even if they don’t have a Facebook account. The same is true for Facebook-only users that will be able to contact Instagram users.

According to Loredena Crisan, VP of Product Design for Messenger, the planned changes are meant to make their messaging platforms more like email. “Just like today you could talk to a Gmail account if you have a Yahoo account, these accounts will be able to talk to each other through the shared protocol that is Messenger,” Crisan said.

By Thabiso Moloi
In EntertainmentHuaweiMusicTechnology
6 days ago

Some users may not want to take up the offer though, for one specific reason. Facebook requires users to register with their real names – Instagram does not. Some users may not want to use their real identities on the internet in fear of data privacy concerns. Facebook has said that “we do not want to even risk leaking the identities across the apps,” so they will still allow users to disable cross-app messaging if they choose.

For the time being, usage of this feature is still optional. Though Facebook is making the feature available to Instagram and Messenger users, it’s not forcing them to switch over to the “new experience.” Whether or not that changes in the future remains to be seen.