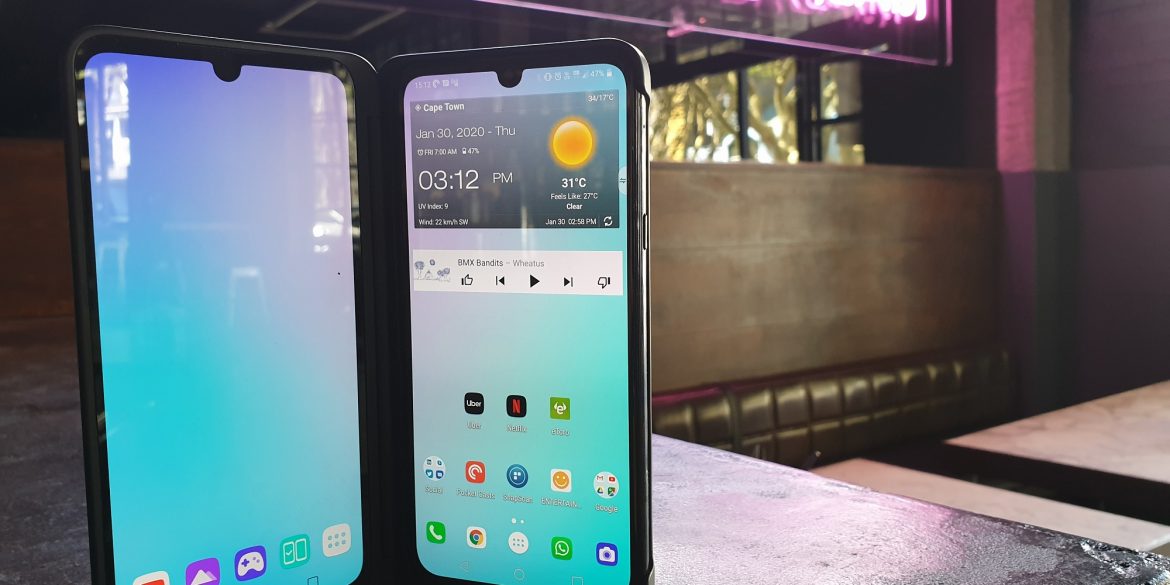 As smartphones have become a necessity in our lives, most manufacturers started building very similar phones with technically very few differences between them. It became a matter of taste. Luckily, since 2019 we’ve seen various foldable smartphones that are shaking up the landscape. They are still exorbitantly expensive, though. That’s where the LG G8X ThinQ comes in.

This device adds the extra screen real estate you would expect from a foldable phone with an accessory to the smartphone right out of the box. It is a USB-C connected cover that houses as second, identical screen.

In our in-depth LG G8X ThinQ Review, we find out if this adds enough to the overall smartphone experience to make an otherwise down the middle phone something a lot more interesting. With flagship specs, this device tries to stand out from the crowd by making the device the multitasker’s dream. 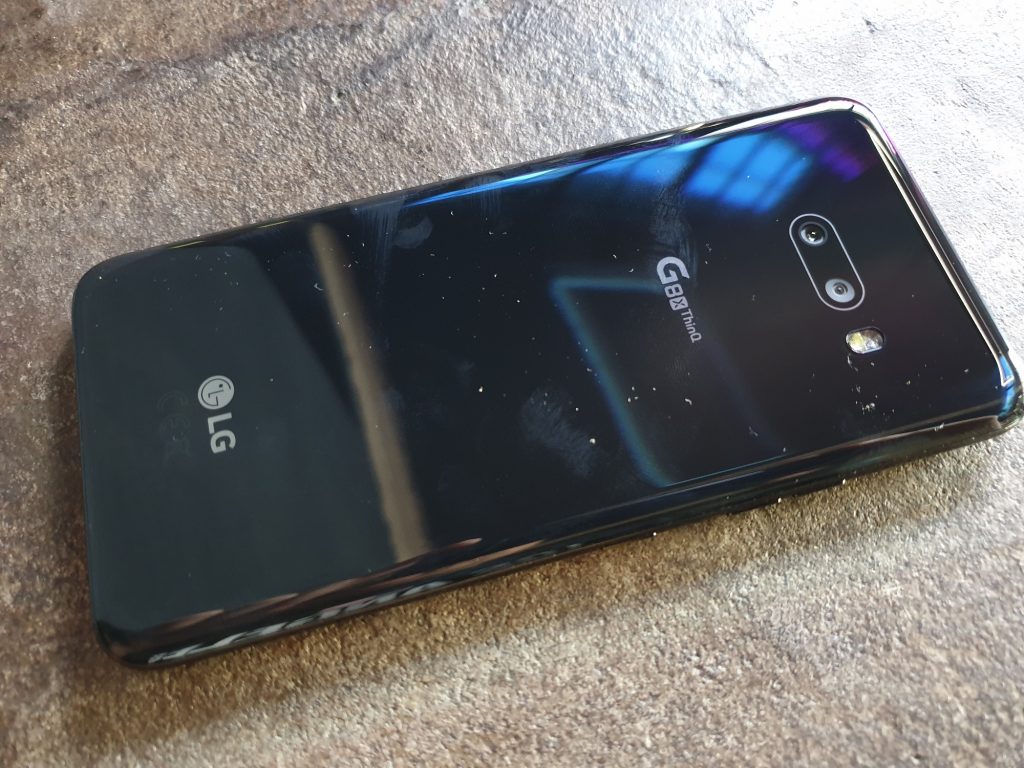 LG haven’t really excited in recent years when it comes to their smartphone designs. Whether this is simply playing it safe, or not wanting to repeat the utter failure that was the modular LG G5 (which I really liked and called “the most interesting phone in years”).

The G8X looks exactly like the G8 that it replaces. It is a basic black rectangle with a teardrop notch, a Google Assistant button on the left hand side, a 3.5mm headphone jack (thankfully) and sandwiched between two glass sides. But let’s be honest, 95% of your time will be spent in the accompanying dual screen accessory.

It’s called the LG Dual Screen and on its own it looks like a very cumbersome case for your phone. It is extremely easy to insert your phone into and is instantly activated once docked. You simply plug the USB-C male end into your device and clip the phone into the case. Once this is completed a small icon will appear on the display that will allow you to switch on the Dual Screen and access some additional features it offers. 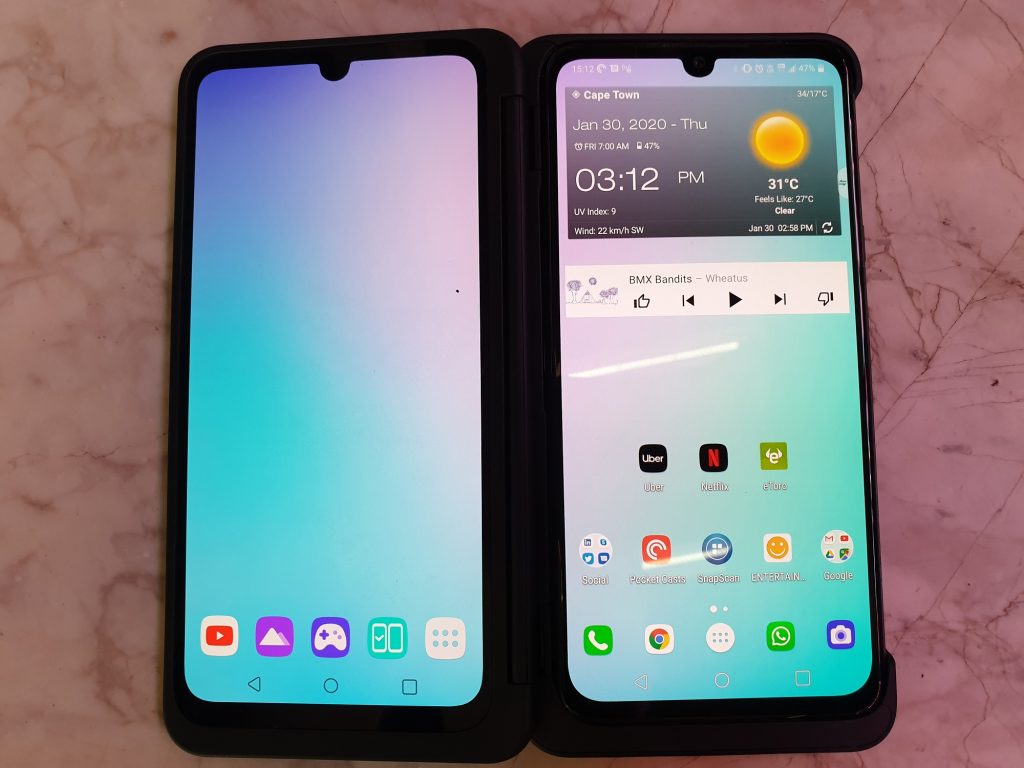 Don’t expect this device to look like a cheaper foldable phone. The case is bulky and there is a marked gap between the two displays when docked, due to a hefty and expensive feeling hinge in-between. There is a Wide Mode available that will allow it to function as a single display (with select apps), but I wouldn’t advise doing this as the big gap between the displays will be distracting.

We need to speak about that hinge – it is extremely strong and robust. So robust, that you can actually balance the heavier side upright on the Dual Screen without it sagging or falling over. 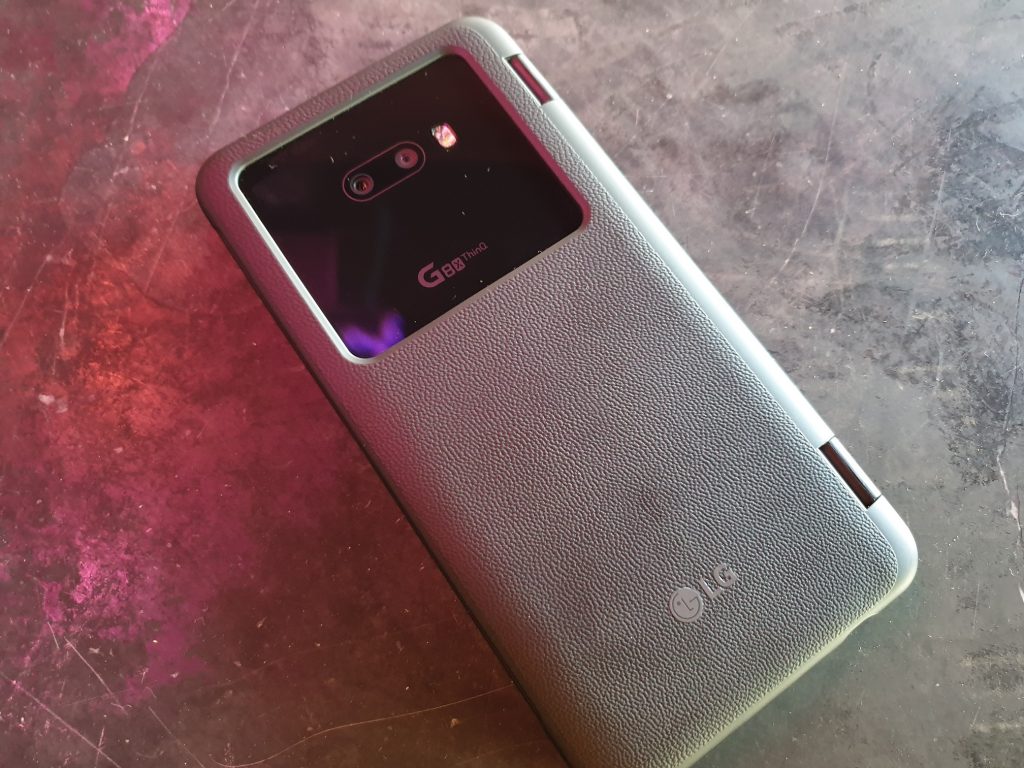 Otherwise, the cover and Dual Screen is very solid and you won’t ever worry about your phone on the inside. For some reason, though, LG decided to make the entire front of the Dual Screen cover glass, which is an extreme fingerprint magnet and the most likely part of the device to take damage.

It also houses a smaller 2.1-inch notification display on the front, which is relatively useful, but can’t be interacted with. 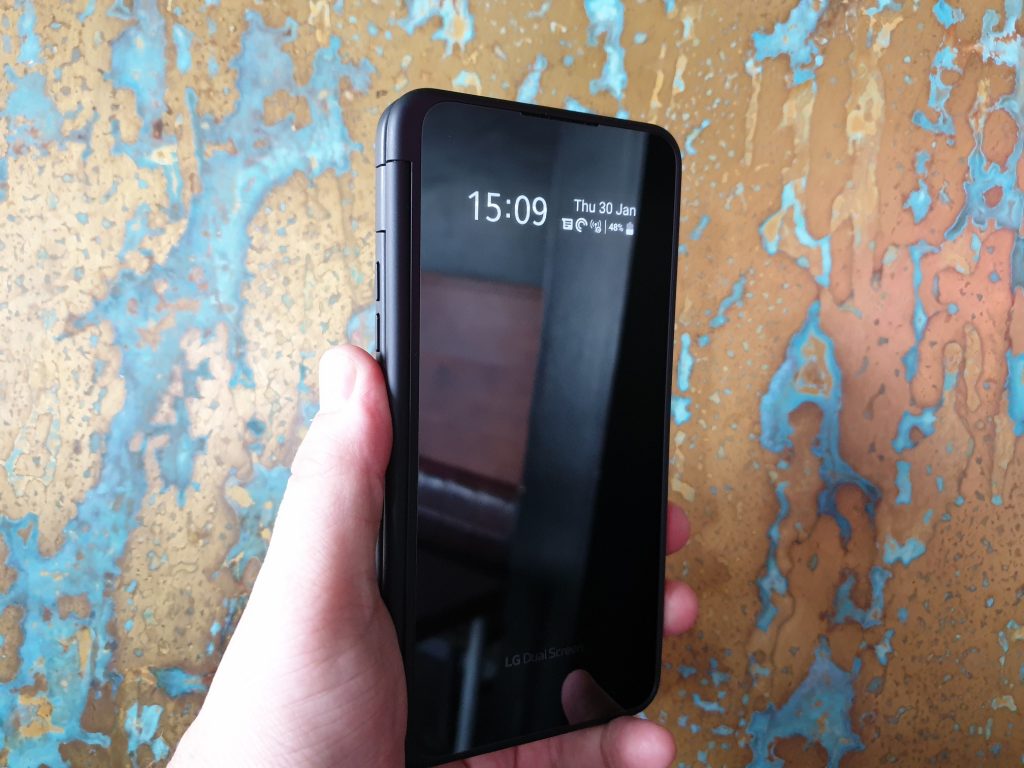 As a whole, the device feels really expensive and well built, as you will be keeping it in the case almost all the time to make use of the functionality.

That’s right, the second display in the Dual Screen cover is exactly the same as the main one – down to the notch. This seems like a baffling decision, as there is nothing housed in the notch on the second display, but presumably this was to retain symmetry and keep down production costs (it’s much cheaper to manufacturer multiples of the same display than have a slightly different one for the second screen). 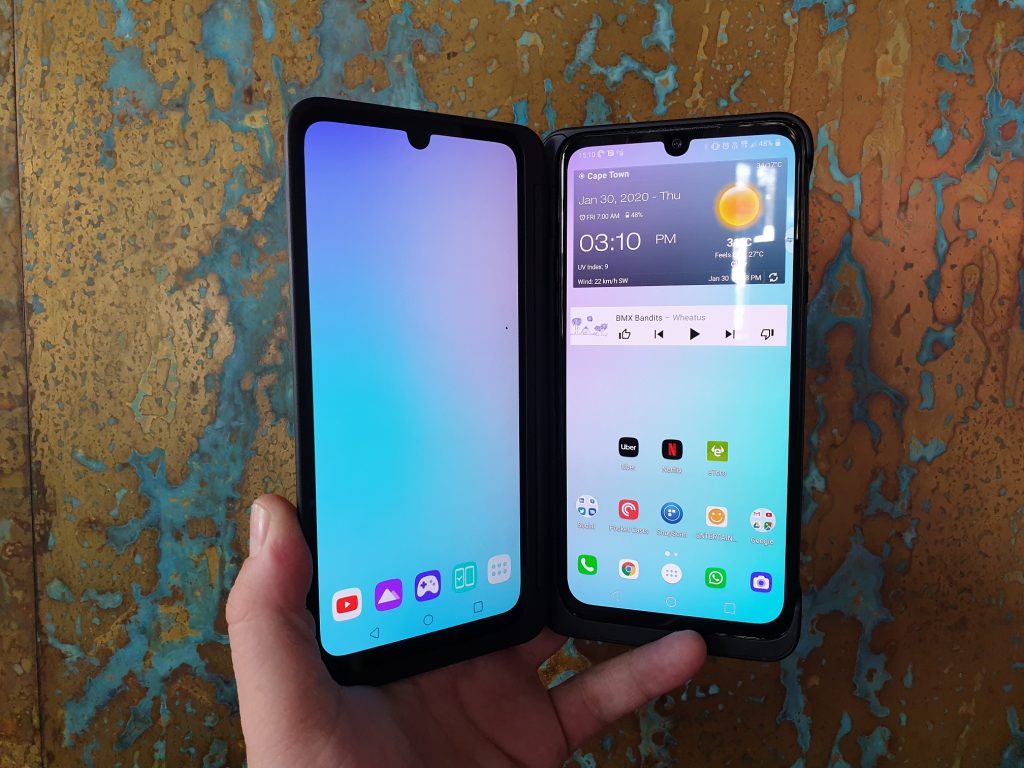 All that being said, the displays look really good and the fact that you won’t have problems with different colour grades across the two displays (as we’ve seen with other similar devices) makes it worth the slight sacrifice in screen resolution. Being an OLED, you have very deep blacks and brilliant colour contrasts. This makes it perfect for media consumption, something you’ll want to do with this type of device.

It’s possible to link the brightness levels of the two displays, or set them independently. A common use case during the review period was to lower the brightness on the one display you’re using to scroll through social media while watching a show on the other. You can swap what’s on the two display simply by swiping with three fingers, which always worked well. 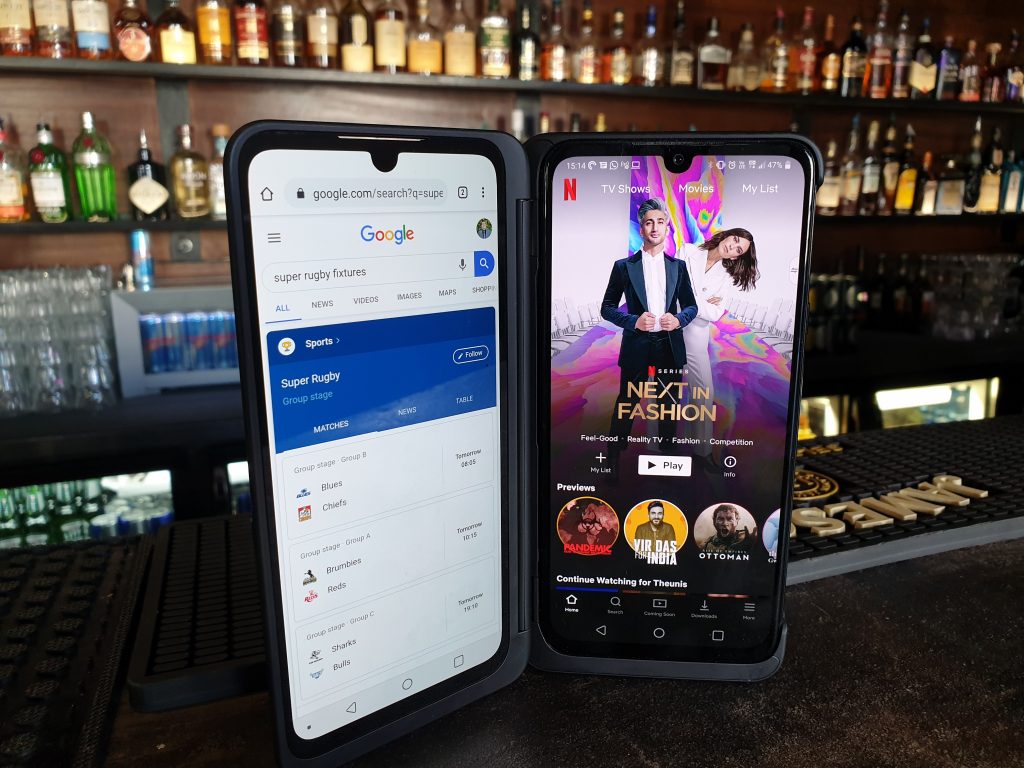 This is likely the most important part of the LG G8X ThinQ review, as without proper functionality of that second display the entire premise of the device is flawed.

As you would expect (and what some foldables offer), having that extra screen real estate is vastly more convenient than just the one. Our previously mentioned use case is only one, and we’re sure people will end up using the Dual Screen in several different ways. And that’s the whole point, here. It adds an additional functional layer that you can do more with than we’d expected. 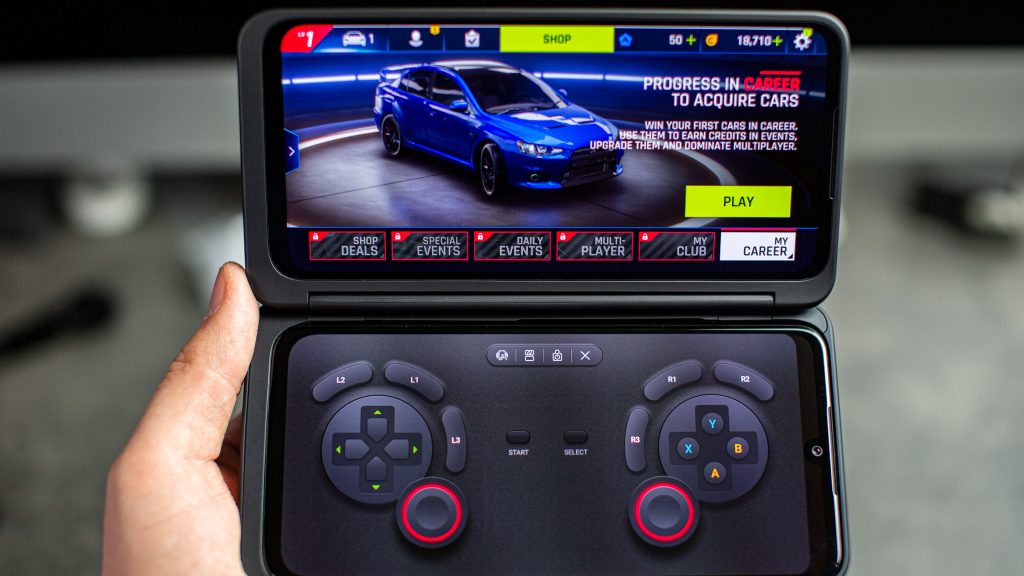 Of course, it’s not perfect. There are a couple of UI quirks that make the experience slightly compromised at times, but this was mostly limited to certain functions only. During our review period we also received a software update that seemed to address the majority of these quirks.

A novel solution to the growing mobile gaming trend is what LG’s done here. With shooter games very playable on modern smartphones, the controls are a bit difficult to use on-screen. With this second display, LG have built a mode where you have a full software remote control, allowing you to have full vision of the gaming action.

If you want to push the device, you can play a game while watch a video on the second screen. At this point it will get slightly warm to the touch, but it holds its own.

An important note on the second display is that, unlike foldables, both these screens are using glass. It is still much more durable than any foldable phone available and gives you most of the same functionality. 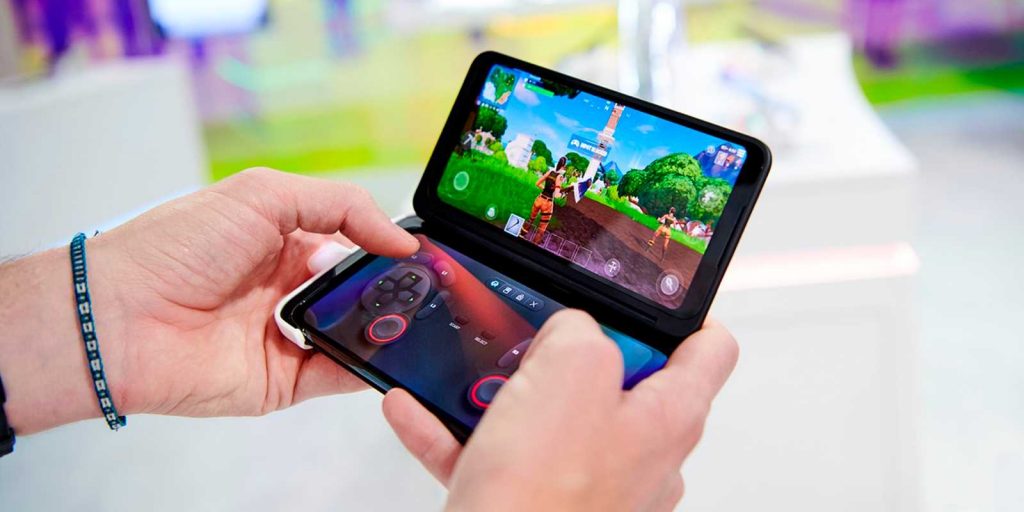 It might not be the most exciting addition to the smartphone market, but I think there needs to be more praise given to LG here. For people that like to or need to get multiple things done at the same time, there still isn’t any device that offer what the G8X does, especially at the price point.

The internals of the LG G8X ThinQ has a Snapdragon 855 and 6GB or RAM. The high-end specs have been utilised well to run the dual screen setup here, as it was very difficult to slow this device down even when multitasking across displays.

It comes with 128GB of storage as standard, but incredibly it can be expanded with up to 2TB or microSD storage.

You’ll have Android 9 Pie out of the box, but you will soon receive an update for Android 10 (no dessert name, sadly). Even with the addition of another display, your overall software experience will be basically unchanged, which is commendable with a version of Android that doesn’t include the dual screen support out of the box.

When it comes to battery, you have a single 4,000mAh cell in the main device only. The Dual Screen cover doesn’t include an additional battery, but nonetheless the battery performance is good. With normal use it will last you the entire day with some juice to spare. Of course, if you use the second display a lot and do a lot of intensive multitasking, you might struggle to get through an entire day. It will be more than good enough for most people, though.

The G8X doesn’t have a traditional fingerprint sensor. Rather, it has an in-display fingerprint sensor. Unfortunately, it is just bad. You’ll be pressing the display several times until you get used to the positioning of the sensor. Even then, it doesn’t always register your fingerprint correctly. This was definitely the most frustrating part of using the device.

Continuing with the trend of taking hardware from the predecessor G8, the G8X has the same dual camera setup. The main camera is a 12MP f/1.8 sensor, with the second being a 13MP f/2.4 ultrawide lens. The latter includes a whopping 136 degrees of view, more than most other wide lenses in flagships. 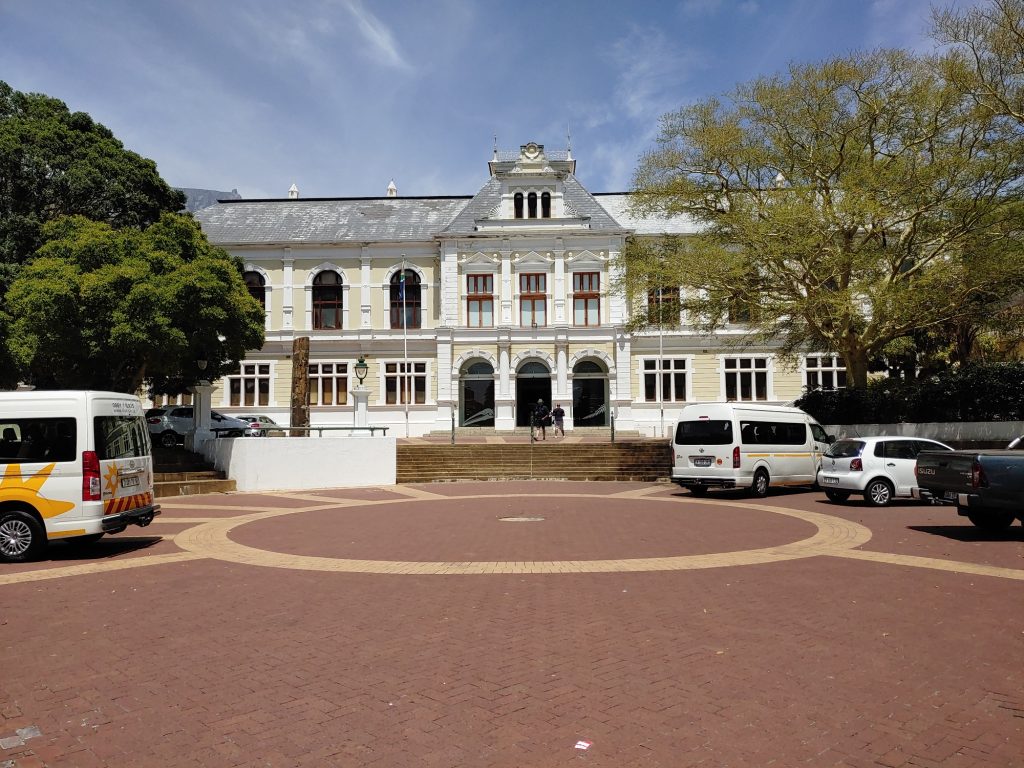 In a market where other flagships are being launched with at least three cameras (and many of them at the highest quality), these two cameras will need to perform extremely well for the G8X to be considered a viable competitor on quality. In a nutshell, I’d say that the G8X’s camera performance is… good but not great. 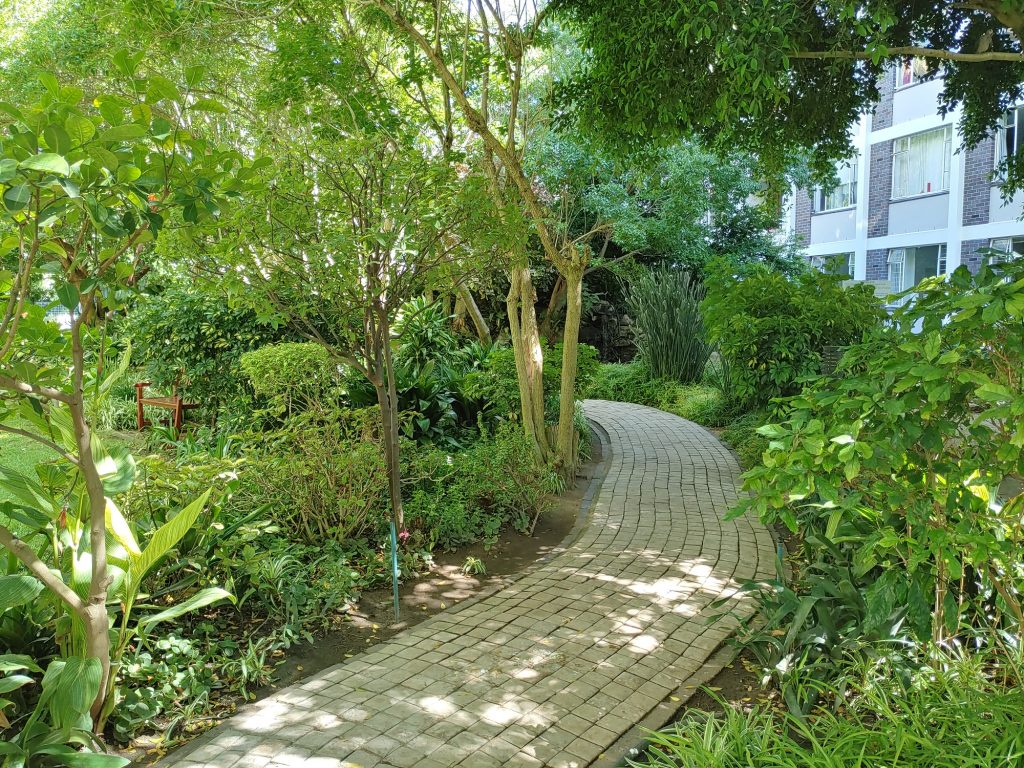 The daylight photography is very solid, with good colour reproduction and capture of detail. While the colour palate might not be to everyone’s liking (most people seemingly prefer the overexposed colours on something like a Samsung), it is true to life and more than good enough.

It does have a low-light mode called Night View. While you can capture decent photos in this mode – especially indoors – it can’t compete with the likes of the iPhone 11 or the Google Pixel 4. While still very impressive, there is more digital noise and less clarity in these shots compared to the competition. 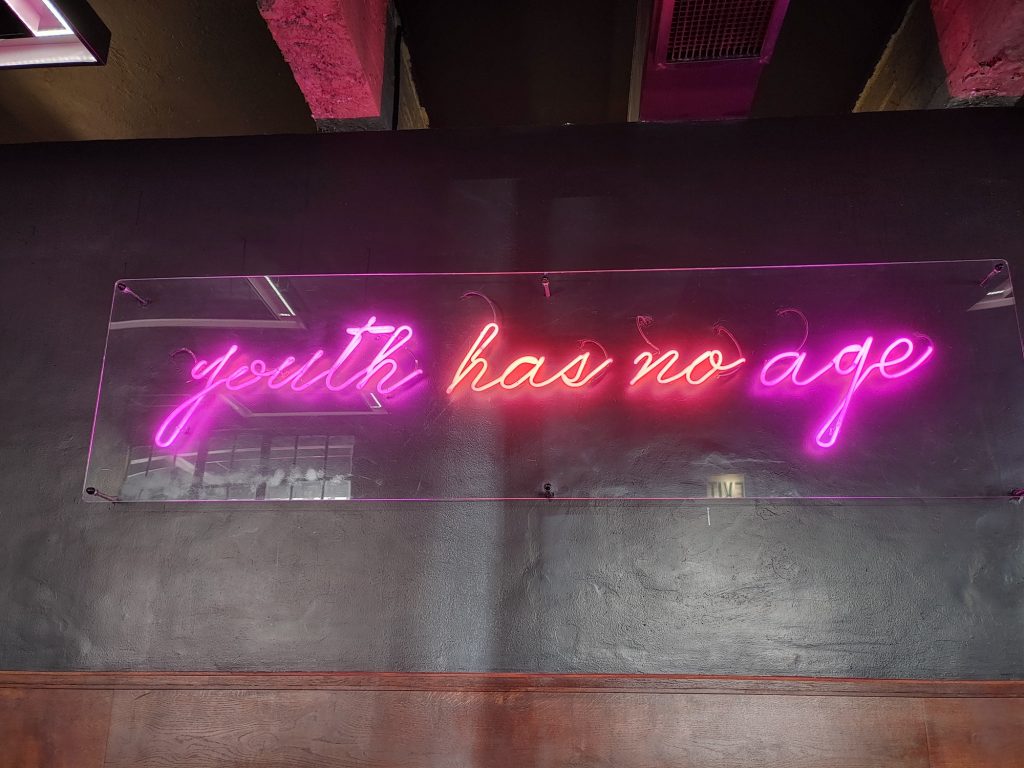 The HDR effect works really well here, with good contrast and excellent focus. Again, it’s not quite up to the standards of the top of line devices in this category, but the exposure is still good enough to deliver a popping photograph.

If you look at the LG G8X ThinQ as a standalone smartphone, it won’t blow your socks off. It has 2019’s flagship specs, but nothing that really makes it stand out on its own. The camera performance is good, but outclassed by competitors. The software and hardware give you a good, slick experience, but you can find better elsewhere. The design of the phone is bland, at best.

But what makes it stand out is the addition of that second display at no extra cost. In fact, you can buy this flagship device (Dual Screen accessory included) for around R16,000 at launch, with some specials bringing the price all the way down to R12,000. That is cheaper than other comparable flagships, which obviously is only the standalone phone. The functionality of that second display at this price point is what makes this device stand out and means you really need to consider this for your next upgrade.

Sure, it’s not a perfect device, by any means. But that additional functionality and extra protection the Dual Screen accessory provides at no additional cost makes this a viable option for those that want more screen real estate but don’t have the money to splurge on one of the new foldables.