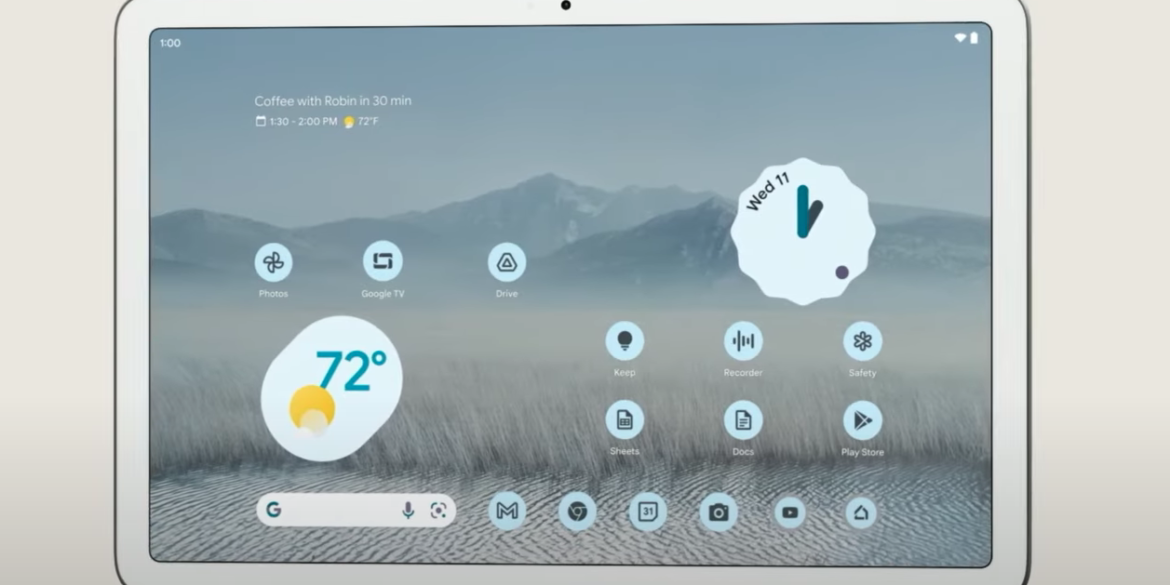 Among the various announcements at Google I/O this week, the company also teased what it called a premium tablet that will launch next year. However, looking at the pictures shared by Google at the event, it doesn’t look too premium to us. It will run an optimised version of Android, specifically designed for tablets, which is good news. But it has big white bezels, matte design, with a plastic back.

Read: The Google Pixel Watch has finally been announced

That’s all we know about the upcoming Google tablet, but the few shared images from I/O has us confused about who this device is actually targeting. Certainly if it is a premium Android tablet, it would compete against the Samsung Galaxy Tab Pro line-up in the Android market, and more importantly try to break Apple’s dominance with the iPad Pro. The seemingly plastic design will most likely not appeal to that same potential customer.

Rick Osterloh, Google’s senior vice president of devices and services and head of the Pixel program, confirmed that the tablet is coming to fill out the range of Pixel devices and provide a complete ecosystem in Google’s line-up. It looks reminiscent of the designs Google previous had with the Nexus line-up, but they used to be showcases of Android and was a less premium product when it came to design. The Google Nexus 7 was a great little tablet that made a lot of sense back in 2013, but the industry has changed significantly since then. The market now makes sleek, refined products with high quality hardware inside and out. This early peak at what Google is cooking up for the tablet looks even less modern and premium than their relatively affordable Chrome OS tablets. Hopefully this was more of an intent announcement than the actual products, because Google will sell almost none of these tablets if they are being touted as a premium product.