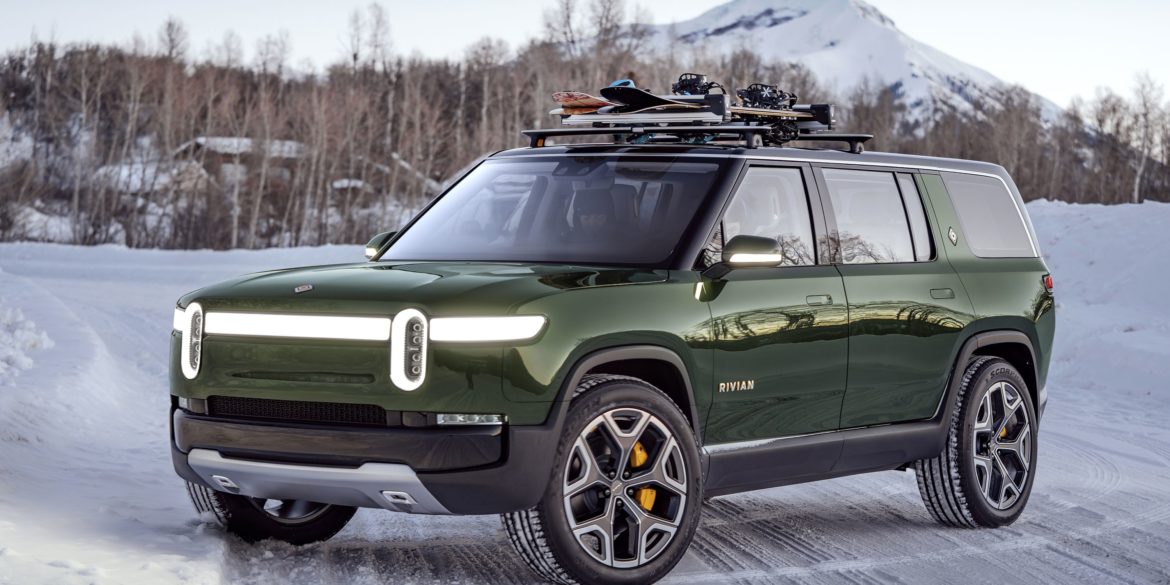 The biggest advantage Tesla has over other EV manufacturers is its infrastructure. As many motoring journalists have pointed out, Tesla is a great tech company, but they aren’t a great car manufacturer (yet). They still rank lowest on quality surveys for major manufacturers, with mechanical issues and manufacturing issues still common. Other EV startups face the same obstacles, but infrastructure is their biggest hurdle. Rivian has pledged to overcome this with building 10,000 EV fast-chargers for their vehicles in North America by 2023, to rival Tesla’s supercharger network.

Rivian is backed by Amazon and is building thousands of electric delivery vans for the ecommerce giant. However, their ambitions are to become a major EV manufacturer and will be launching two new electric vehicles soon. The first is the Rivian R1T electric bakkie launching in June, then the R1S electric SUV soon thereafter. It has also planned two further models in the R2 and the R3, which will be its smaller, volume vehicles.

Called the Rivian Adventure Network, it is designed to allow quick recharges along highways and also includes Level 2 charges at more remote locations near parks and other destinations. According to the company, “Each site will have multiple chargers and will be conveniently located on highways and main roads, often by cafes and shops. These DC fast chargers will be for Rivian owners only, with details on pricing and associated programs coming soon.”

The charging network will be powered completely by renewable energy, and the company adds that drivers can locate the waypoints and fast chargers in their vehicles’ navigation systems and the Rivian app.

It is probably best placed to challenge Tesla compared to any other EV startup. It has raised a lot of money to build its manufacturing and infrastructure – Amazon lead a $700 million round in February 2019, and Ford adding $500 million in April 2019. In January, Rivian raised $2.65 billion from T. Rowe Price and Amazon’s Climate Pledge Fund.