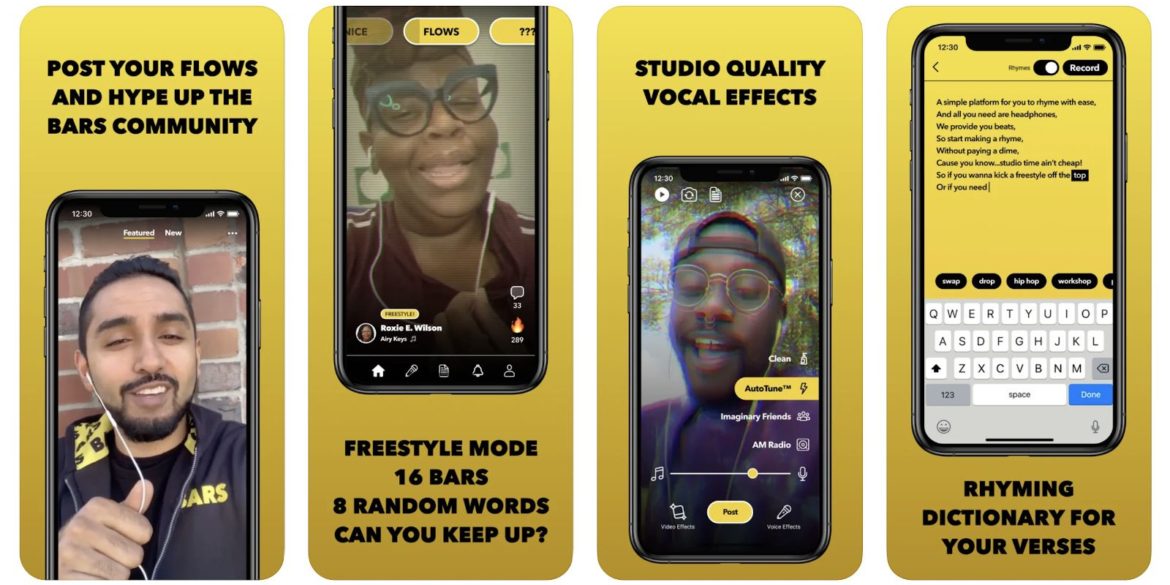 The NPE Team at Facebook, responsible for coming up with brand new ideas outside of the core business, has introduced a new experimental app that is centred around music. It is called BARS and is meant to give aspiring rappers a simple and effective way to record and share their rhymes and raps. The app has studio quality vocal effects and professionally created beats and allows users to very easily share the content they create on all associated platforms.

There are pre-recorded beats included, but users can also upload their own. The users can also write in the app itself, at which points BARS will automatically suggest words that rhyme with what has already been typed.

It shares many features with the likes of TikTok and other short-form content platforms. The app has audio and visual filters to stylise the content as you see fit. It also has an autotune feature built in that can assist users in making the final product more polished.

BARS also includes a Challenge mode, where users freestyle while having to include auto-suggested word cues in their raps.

Each video can be up to 60 seconds long, catering for slightly longer content than is the norm on TikTok or similar platforms like the now-defunct Vine. The UI also seems extremely similar to the likes of TikTok, with the two-tabbed vertical video interface making scrolling and consuming content as easy as possible.

Facebook has launched BARS as a closed beta for iPhones, with its first videos uploaded by members of the team. It’s currently up on the App Store and interested rappers can now download it to reserve their username and sign up for the waitlist.

Facebook is yet to make an app or product a success that it hasn’t purchased. BARS is very niche, but may have a small, dedicated following around the world in years to come.