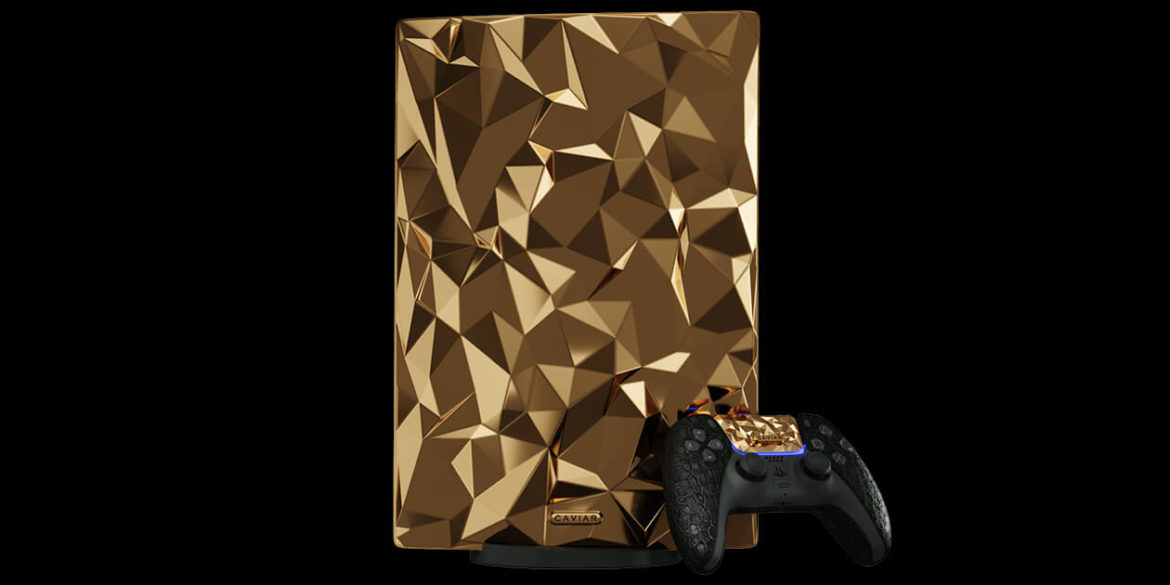 Caviar is known for customising tech products with outlandish embellishments, like the iPhone 12 Pro Max with a piece of the Moon in it. While it has traditionally focused on phones, it has now announced the Golden Rock PlayStation 5 console which it is selling for a smooth $499,000. Only nine units will be made.

According to the company, the console takes about four months to complete. Caviar has partnered with a jewellery contractor that specialises in working with gold. The PlayStation 5 console is covered with 4.5 kilograms of 18-carat gold, which is done by shaping eight separate sheets that are cast in solid gold into the unique geometric design and then mounted on the PS5.

All three Caviar versions of the console are based on the PlayStation 5 Digital Edition. There is still a worldwide shortage of PS5 consoles as Sony tries to catch up to demand. Its manufacturing in 2020 was delayed due to the global pandemic and it is still playing catch-up.