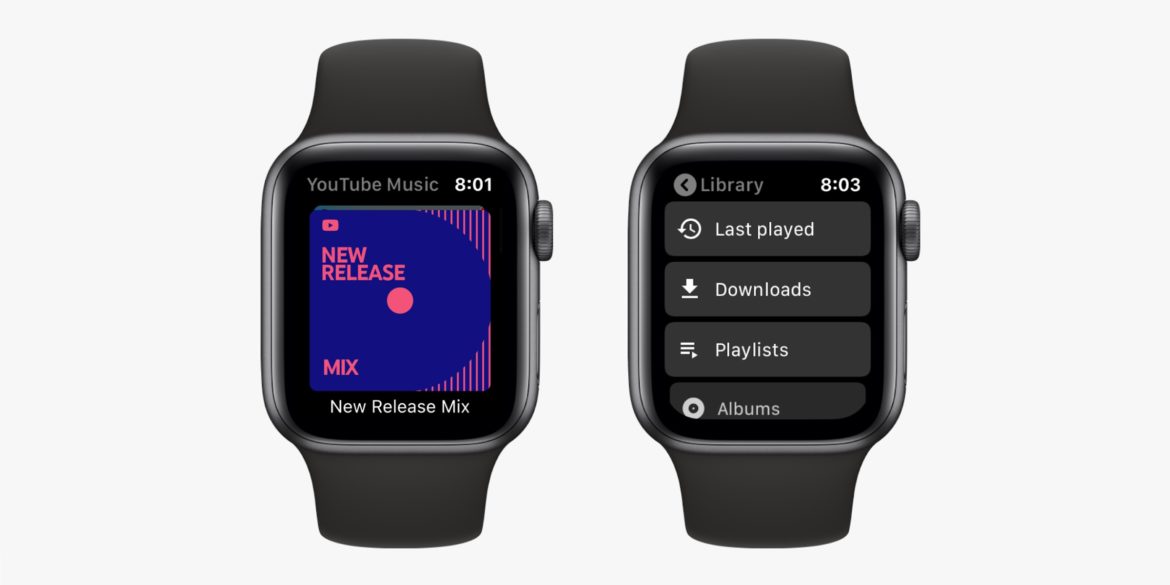 Google is well aware that the number of people that use both an iPhone and Apple Watch and choose to subscribe to YouTube Music is few and far between. That being said, they don’t want to leave these people to be left out in the cold, especially as they are shuttering Google Play Music soon.

The company has announced that YouTube Music is now available on the Apple Watch. As it’s a first iteration of the app, there isn’t a lot to talk about when it comes to features. It allows basics like browsing through your music collection and control playback.

They have also added the ability to quickly access your playback controls directly from the watch face (something Apple has only allowed relatively recently), although it doesn’t work with all watch faces.

You also have a shortcut to cast a song from your phone to a speaker, as well as one to “Like” a track. You can also expect to see the app recommend new songs for you to check out based on your listening habits, exactly like the main app.

You don’t have the ability to playback songs offline from the Apple Watch app as of yet. The app is simply a remote that controls the main app on your iPhone, much like other music streaming services that have apps on the Apple Watch.

Interestingly, some of the features available on the Apple Watch app for YouTube Music isn’t yet available on Google’s own Wear OS app for the streaming service. Google have confirmed that it is coming soon but seeing the lack of priority Wear OS has received from Google over the last several years, it isn’t that surprising.

Are you one of the few people that have an Apple Watch and use YouTube Music?