This is the Amazon all-electric delivery van 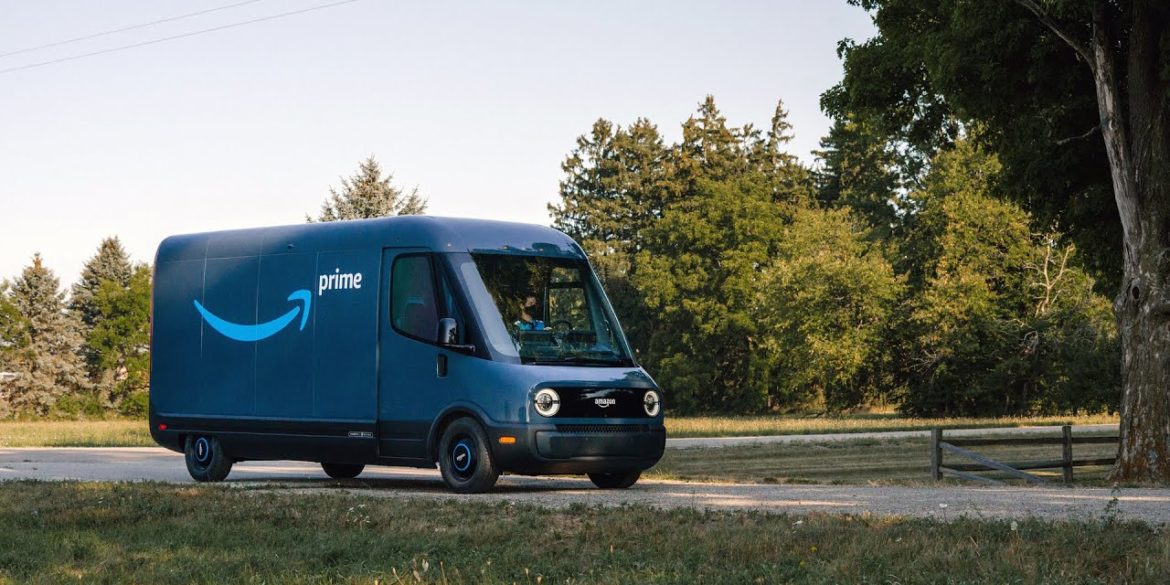 In its mission to have a green delivery infrastructure, Amazon is rolling out custom-built electric delivery vans built by electric transport startup Rivian. The e-commerce giant has revealed the first of its electric vans, set to hit the roads soon.

Read: The iPhone 12 will be cheaper than the iPhone 11. Wait, what?

The Rivian-built van has a quirky, even retro design to it. In fact, if the front-end looks familiar, that’s because it is very similar to the small urban electric vehicle from Japan, the Honda e (pictured below).

In the design of the delivery van, Amazon turned to Rivian to build the mechanics and exterior, while maintaining a lot of control over the interior. This was done in order to maximise its delivery capacity and build a cockpit that makes the life of the delivery driver as easy and comfortable as possible.

Amazon has dubbed the large interior space the “dancefloor”, which is spacious enough to make manoeuvring simple. It also has three evels of shelving, strengthened bulkheads and doors for better security, and two displays that offer a 360-degree view around the van with an array of cameras. As you would expect, Amazon Alexa can be accessed from anywhere within the van.

According to the company, the aim to have 10,000 electric delivery vehicles on the road by 2022. This is part of its environmental pledge where it has promised to get to net zero emissions by 2040. In the larger scheme of things 10,000 delivery vehicles is a small number taking into account the millions of packages it delivers daily.

Amazon is also engaging with traditional car manufacturers that are expanding its all-electric capabilities. It recently purchased 1,800 electric delivery vans from Mercedes based on the Vito and Sprinter vans. The range is still limited, but with the vans being used to do the final miles of delivery, the range isn’t the most important feature at the moment.