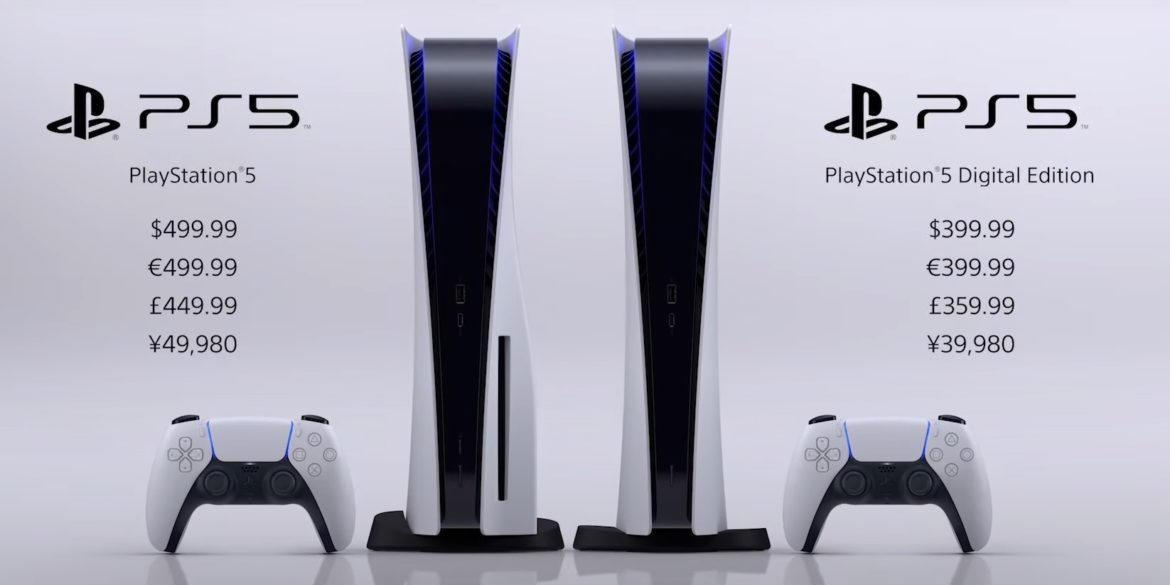 We are only months away from the new generation of consoles hitting the market. Last week we found out about the Xbox Series X and Series S and how much they will cost. Now, Sony has revealed how much the PlayStation 5 will cost when it goes on sale towards the end of the year.

Unlike with the Xbox consoles, there is no technical difference between the PS5 and PS5 Digital Edition, with the latter simply foregoing the disc drive. Decreasing the price by $100 for the same specs and performance and only removing the disc drive is a clear indication from Sony that the Digital Edition is the one they expect to drive sales (as the Xbox Series S will be the high volume console for Microsoft).

It is certainly a compelling buy, especially as more people than ever don’t use discs anymore in any case. The PS5 Digital Edition also undercuts the Xbox Series X and will still deliver that premium experience.

In the live event, the company started off by showcasing the new Final Fantasy 16, which wasn’t captured on the PS5, but all other games were. We saw them showcase Marvel’s Spiderman: Miles Morales, Call of Duty: Black Ops Cold War, Hogwarts Legacy, Resident Evil 8: Village and much more.

By Theunis Jansen van Rensburg
In GadgetsGearLGPopular
4 days ago