Samsung Galaxy A31 Review: Good on the daily 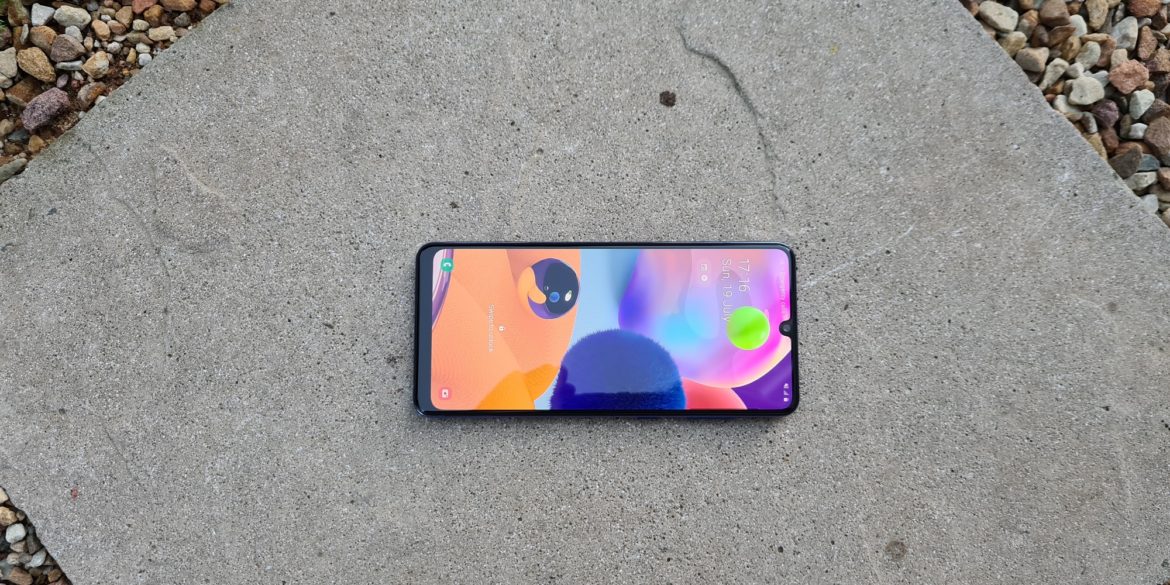 When Samsung launched the new Galaxy A Series of smartphones they promised it delivers a right phone for all. The Samsung Galaxy A31 slots in right in the middle of the range in a crowded market, and hopes to deliver a well-rounded experience for a reasonable price.

With competitors like the LG K61 and Huawei P40 Lite, it will need to perform well to stand out. Samsung’s devices have always been so numerous and overlapping in price, that the company is effectively competing against itself as well.

In our in-depth Samsung Galaxy A31 Review, we take a look at the sacrifices it makes compared to its flagship brothers and if it is an enticing package overall. 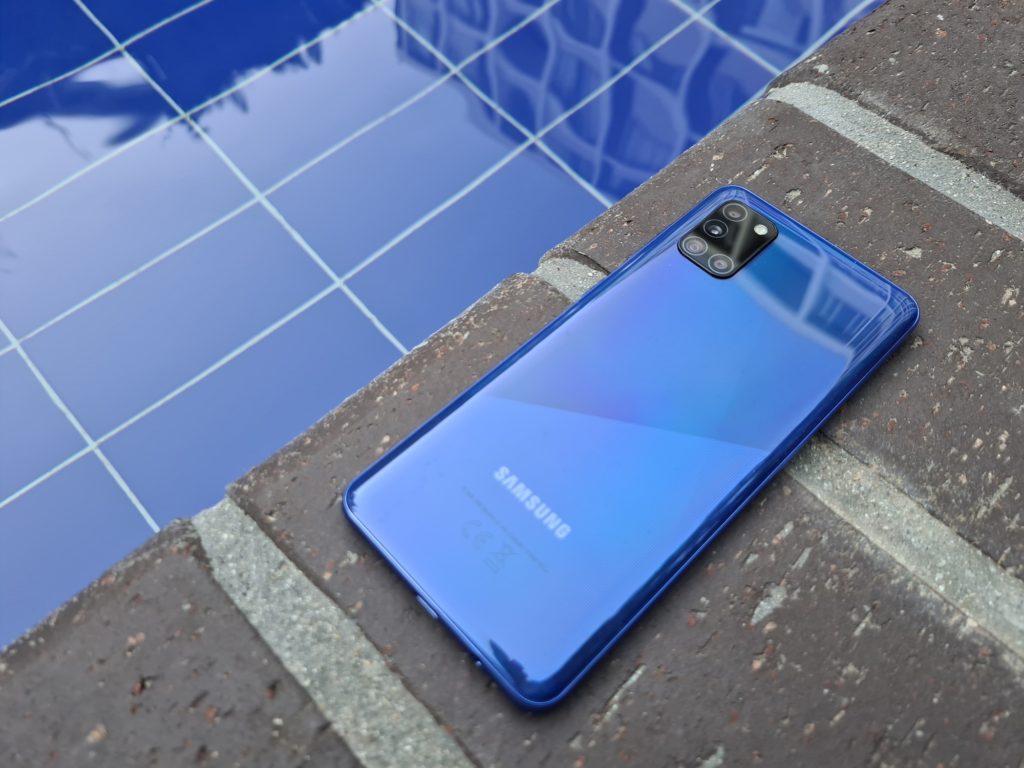 Sure, the Samsung Galaxy A31 isn’t the most striking of devices – none are in this price point. But its interesting colour options gives it some character, as you can see from this striking blue colour.

The device is quite light and thin for a mid-range device, which gives it a more expensive feel in the hand. The body is made of polycarbonate material, although it is so well put together it feels like metal at times. To have a device in this price range feel as premium as it does is commendable. There is no flexing or creaking in the build and even though the back attracts fingerprints like no one’s business, it is not easy to scratch. 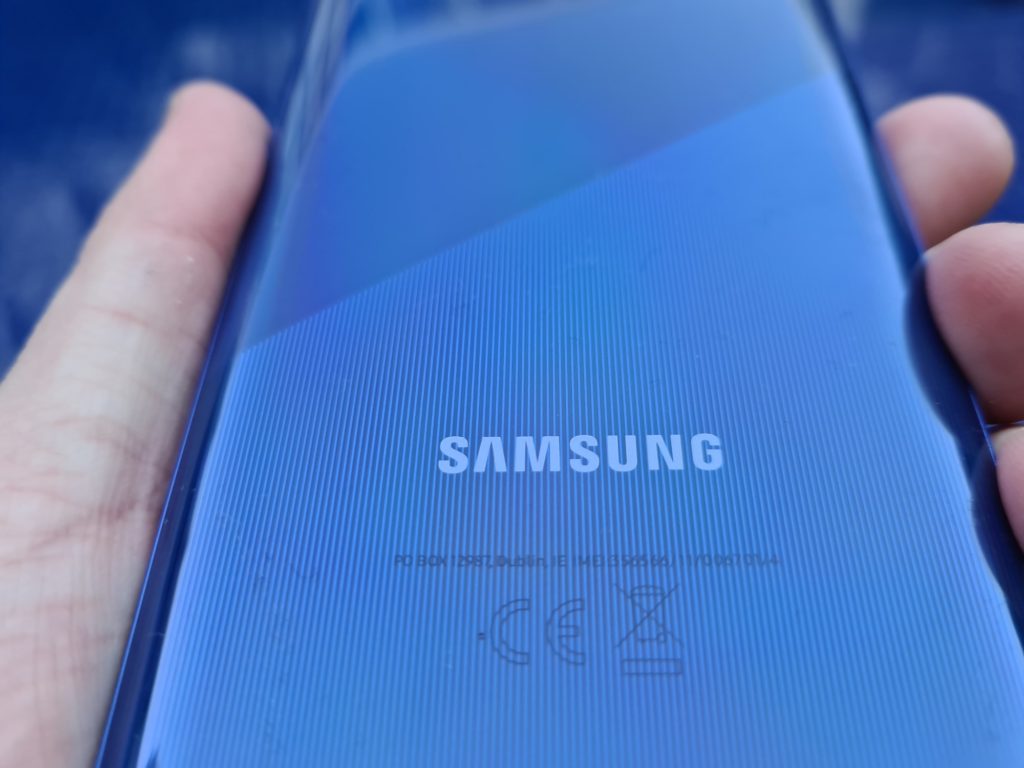 On the left-hand side is a massive SIM tray, which houses two SIM cards and the microSD card. At the bottom you have a USB-C charging port, a mono-speaker and a headphone jack. The buttons on either side of the device feel markedly premium, which you don’t often see at this price point (one of our major grievances with the LG K61).

The back houses the quad-camera module which luckily doesn’t protrude from the casing too much. It is housed in the in the corner, though, so it will still rock on a surface. 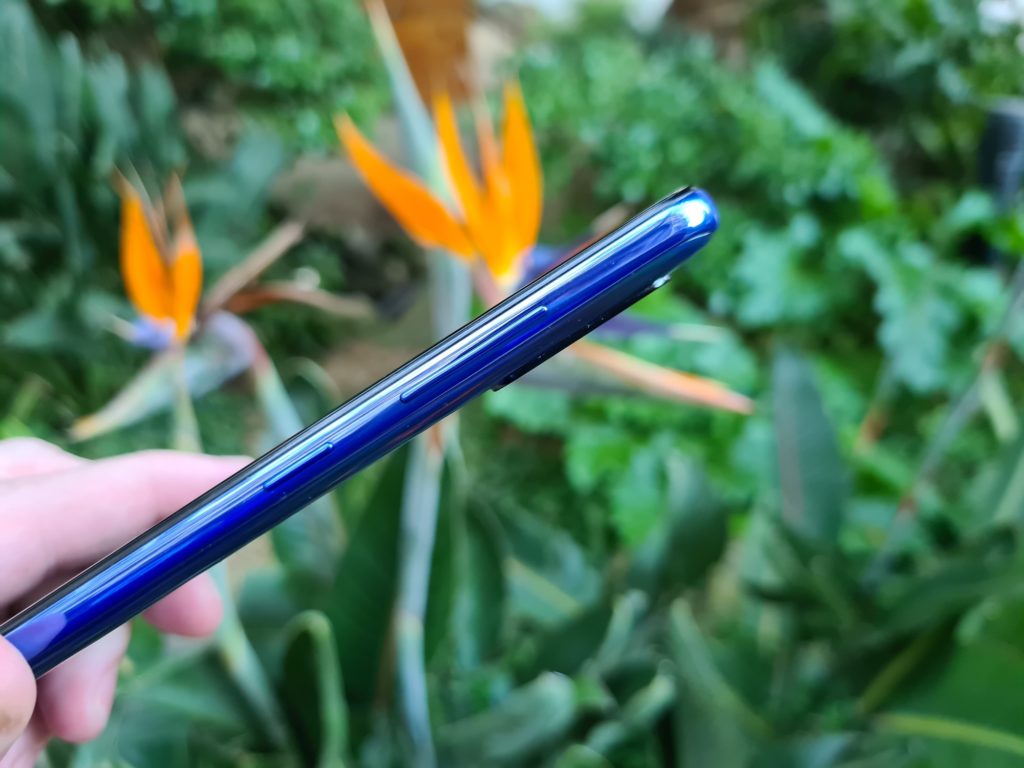 Using the device is comfortable for long periods of time, although it may be too large for some to use one-handed. Unfortunately it has a relatively large chin – also common for this type of device – which makes it even bigger to handle. 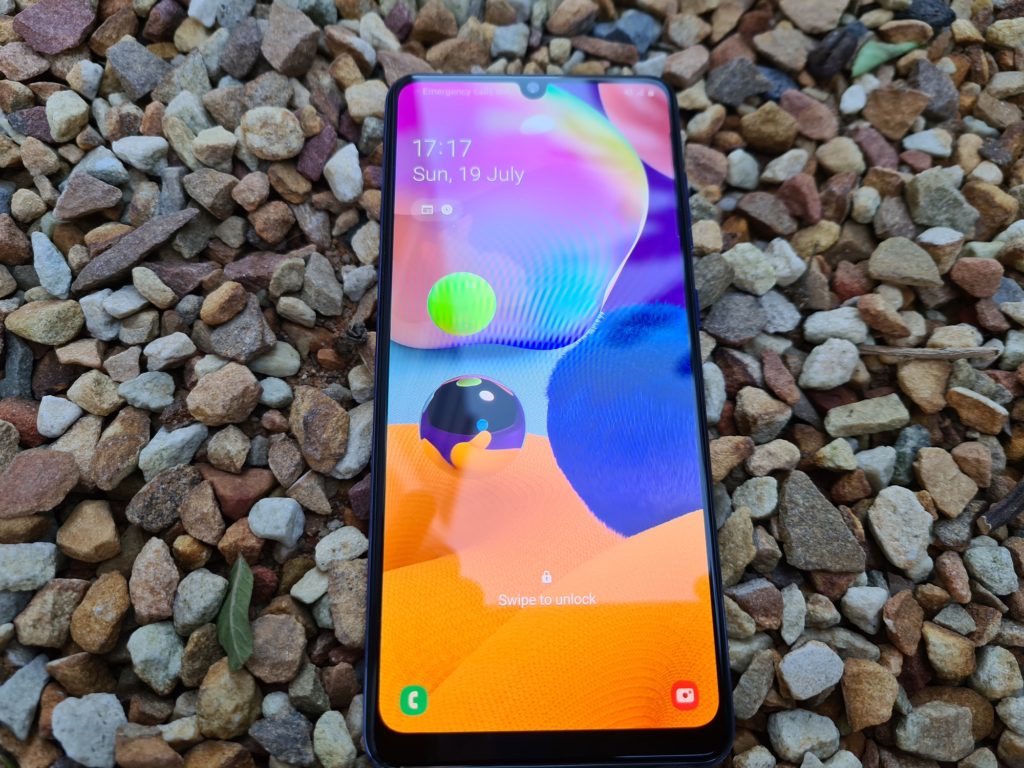 Utilising a Super AMOLED display always bodes well, and again here it is as good as you would expect it to be. It has the signature deep blacks, strikingly vivid colours (sometimes almost nudging towards oversaturation), good viewing angles and impressive brightness.

It is a full HD display, coming in at 2400 x 1080 resolution at 6.4-inches. As mentioned before, that large chin isn’t great and the large bezel does detract a bit from the viewing experience – especially in sunlight. It is the only real criticism we have of the front of the display. The small notch in the middle of the display that houses the selfie camera doesn’t intrude on your usage of the display.

It has an in-display fingerprint scanner, the same as the one you’ll find on the Galaxy A51. While it works fine in most circumstances, it is quite a lot slower than those you find on the flagships. It’s not our favourite feature for a mid-ranger, and a side- or back-mounted fingerprint scanner would suit the device better.

That being said, this is the best display you can find on a mid-range device at this price point.

It seems to be the new preferred chipset for this type of device, with LG, Huawei and Xiaomi also using it or similar chipsets in competing devices. While it doesn’t perform as well as its Snapdragon counterparts – think the 400 range and 600 range – a lot of the differences in performance between these devices comes down to software optimisation. 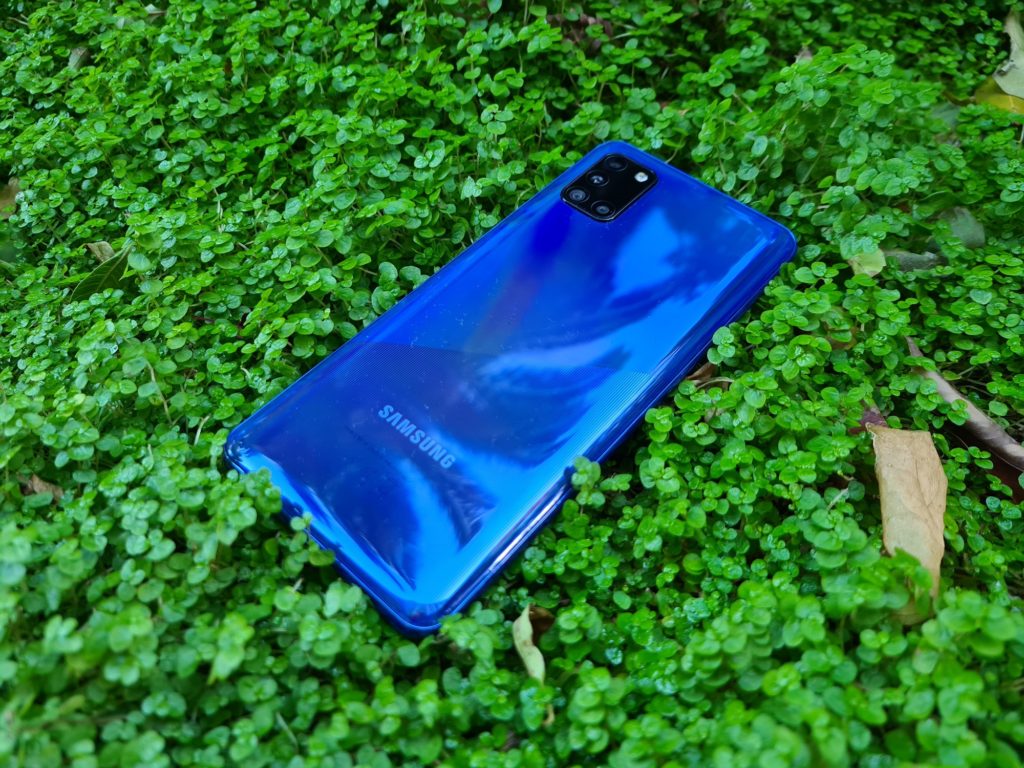 We are usually not a fan of MediaTek hardware in smartphones and while this device is not a speed champion, it outperforms the other devices mentioned above. Day-to-day you won’t find the performance intrusive or slow in any way, shape or form – unlike with the LG K61 and Huawei P40 Lite.

Some of that comes down to Samsung’s software skin, OneUI. It runs version 2.1 of the software, which is built atop of Android 10. There wasn’t any real slowdown in scrolling through the homescreens or opening apps, but switching between different apps within the multitasking view can bog down significantly if you have several apps open.

Let’s start with the macro lens – Samsung, just get rid of it. We say this of all macro lenses in this price range – they are utterly useless and add nothing to the camera experience (the use case is too niche). You can get relatively close to subjects, but the performance is just plain bad. 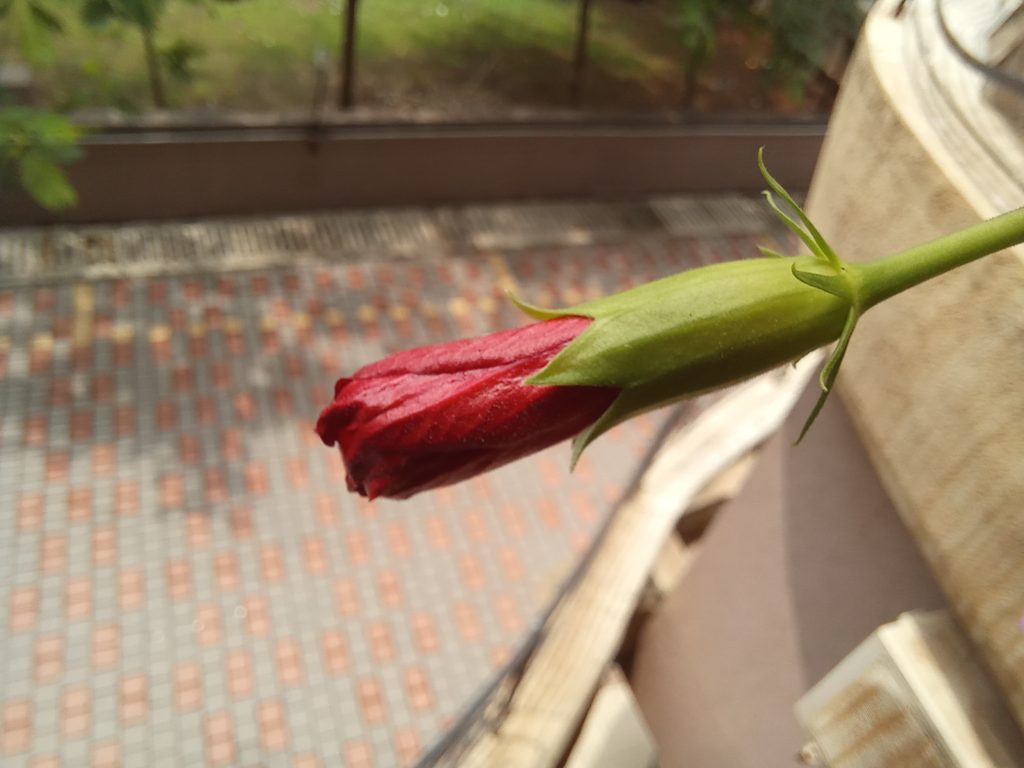 The main camera is relatively reliable, especially for this price point. It performs relatively well with good lighting conditions. While it won’t carry anywhere near the punch or detail of flagship cameras, in a world where the lower mid-range cameras are usually bad, we liked carrying this device to take pictures.

Unfortunately, unsurprisingly, the experience does fall to pieces somewhat in low-light conditions. At night you struggle to get the shot you are looking for, even with plenty of lights from artificial sources. With white or yellow light bulbs the saturation basically disappears and the picture is soft. Edges of subjects lose a lot of detail. Again, this isn’t surprising for a device in this price range. 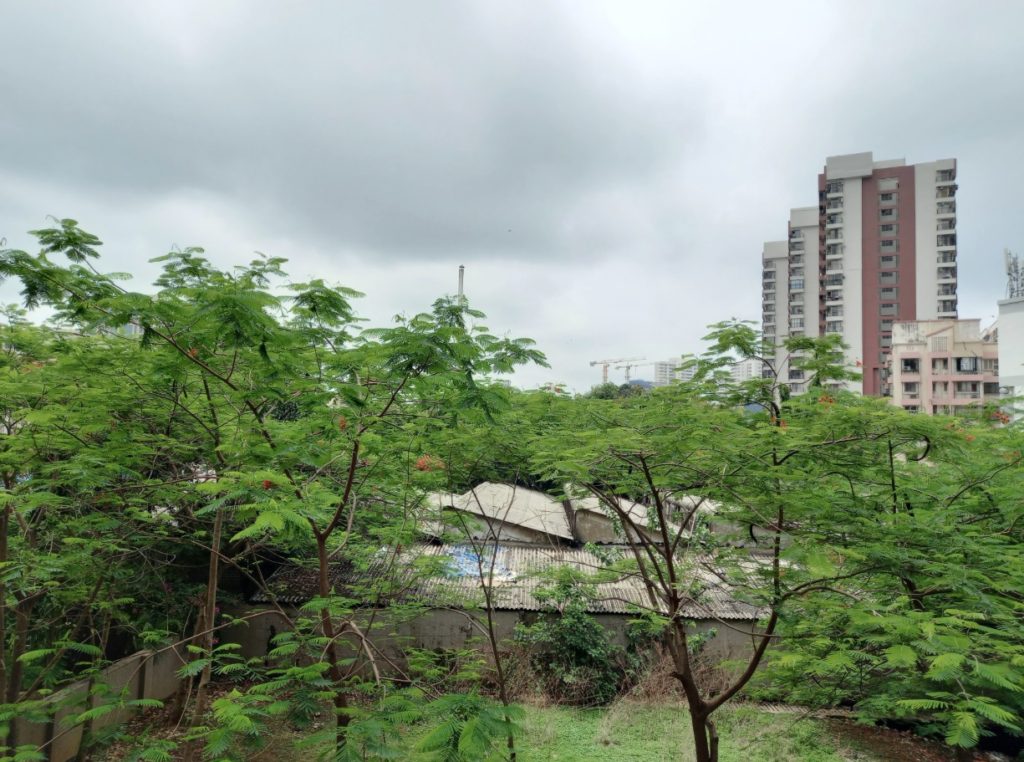 The wide-angle lens is generally passable, something we weren’t expecting. It performs closer to what you find on flagships, which is commendable. Again, there is less saturation and loss of detail, but it is a great addition to have in this type of device.

Of course, there aren’t special shooting modes like Night Shot for the main camera or Slow Motion for video.

Overall, we were impressed with the A31’s cameras. It will never get anywhere near flagship performance, but no low mid-range device will. It is one of the better camera solutions you will find in this kind of device.

When you look at Samsung’s range of smartphones, it can be a bit confusing. The Galaxy A31 sits in a crowded market, populated by the likes of LG, Huawei, and even Samsung themselves. In some ways, it feels like the A31 was simply made to fill a price gap between the A21 and the A51.

But in other ways, the A31 feels like a brilliant device for the price point. It costs around R6,500 and for that price we can thoroughly recommend it over its competitors. However, the question remains, should the device exist? For not much more you can easily step up to the Galaxy A71 which is a better experience all-round.

However, at this price point we can’t look away from the fact that the Galaxy A31 sits atop a large pile.