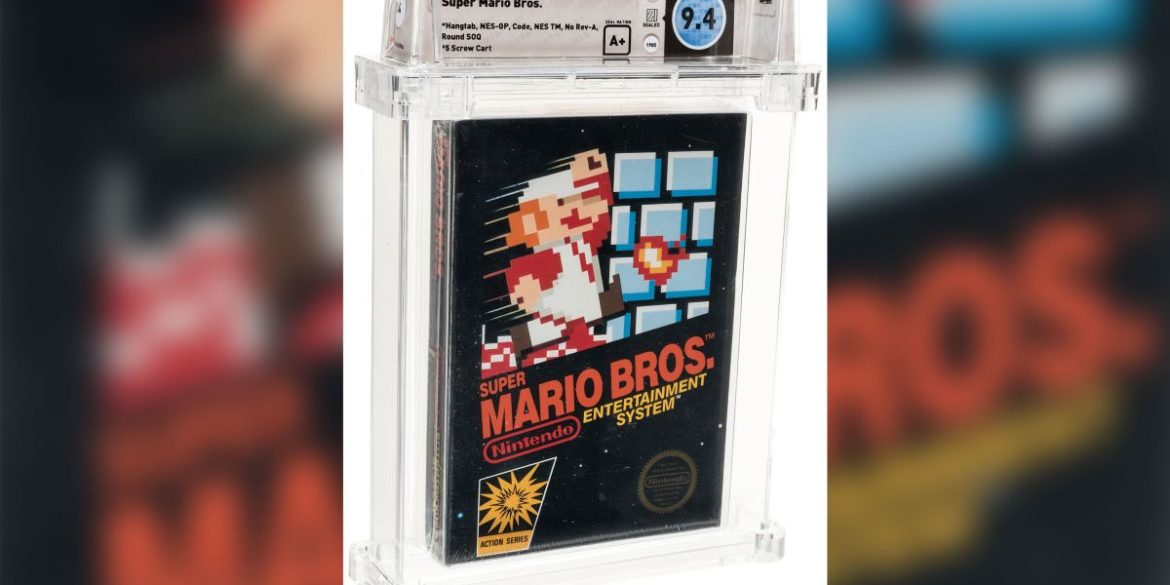 Sure, video games are getting ever more expensive, but this takes the cake (or Panettone, rather). A copy of Super Mario Bros. for the original Nintendo Entertainment System (NES) has sold at auction for $114,000.

The game created an empire for Nintendo, attributing much to the success of the original NES. Without it, Nintendo may not be the gaming juggernaut it has become over the last 35 years. The original Super Mario Bros. was released in 1985.

It isn’t known who the lucky recipient is, but it is the highest price ever paid for a video game – at least on record. To put that in context, you could buy 1,900 copies of The Legend of Zelda: Breath of the Wild for that amount of money.

The game sold more than 40 million copies throughout its history. There have been many (many) games featuring the titular characters from this original icon, on every single platform Nintendo has ever released. It has become part of the lexicon in a way very few characters ever do (regardless whether in gaming or not).

A sealed copy of Super Mario Bros. just sold at auction for $114,000, which is a new record for the sale of a single game. Bet the owners of the $100,000 one, which is an earlier printing, feel great today. pic.twitter.com/lVdcla8d19

The previous record for a video game sale sat at just over $100,000. It was also a copy of Super Mario Bros., which sold for $100,150, but there was another interesting one that sold for a similar amount. A very rare game called Nintendo World Championships sold for $100,088 in 2014. There were only 116 copies of the game ever produced.

According to the auctioneers, Heritage Auctions, says the “cardboard hangtabs” added to the retail packaging is what makes it so rare.