Tinder has a new video chat feature, Face to Face 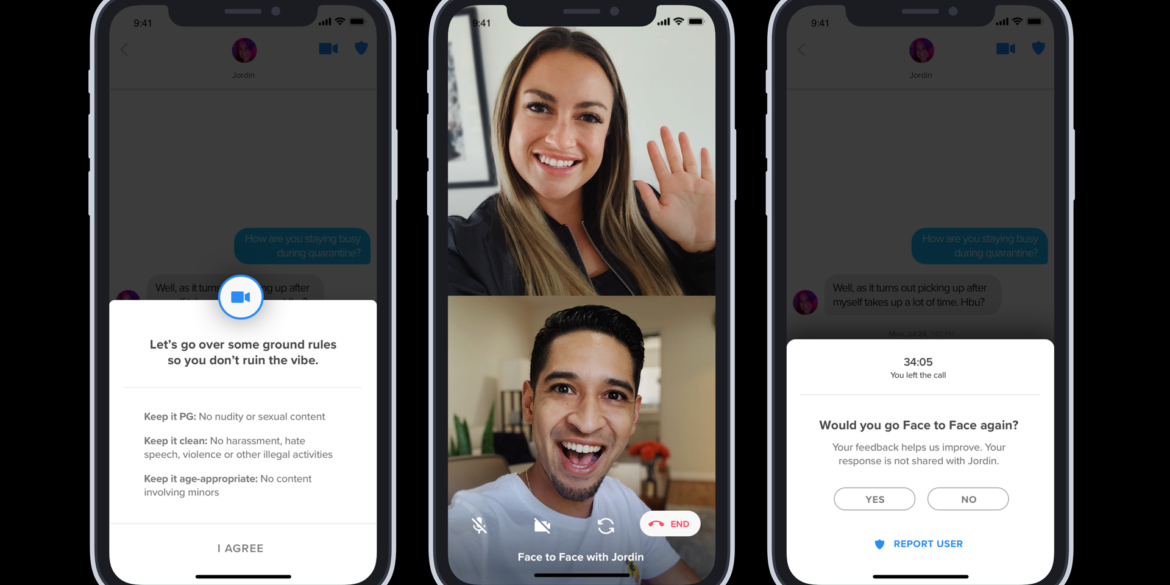 A major new feature is coming to Tinder from today – Face to Face. It is a new call feature that allows users to video chat with each other without the need to exchange phone numbers. It is rolling out in 13 countries at first, including the US, Australia, Brazil, and France. It is expected to roll out to all markets in the weeks and months to come.

The testing phase is being rolled out to a select group of accounts in each of these markets. If the features hold up well, technically speaking, it will become available to everyone. It will also serve as a test phase to measure take up rates, as it will affect the number of servers needed to roll out the feature around the world.

In order to maintain privacy with the feature, it does have some differences when compared to other video chats. First of all, both parties have to opt in for the call to happen – you can’t just try to call and hope the other person answers. You’ll tap on the video icon in the right-hand corner of the text chat screen, at which point you’ll be prompted to opt in to video calls with the other person. You can opt out of video calls at any time with your matches. 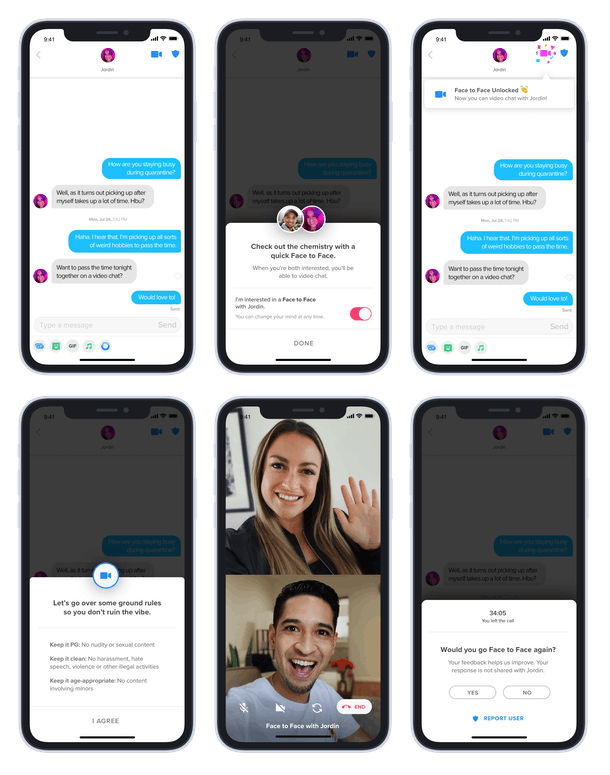 There are also terms and conditions attached to making the calls. Both parties have to agree to keep the calls clean and friendly – i.e. no nudity or sexual content and no references to hate speech, violence, or illegal activities. The call splits the screen in half so you will be displayed at the same size on both devices. According to Bernadette Morgan, senior product manager on Tinder’s trust and safety team, this was done on purpose so people can make sure they still look good and aren’t showing anything in the background they might not want broadcasted.

By Theunis Jansen van Rensburg
In GadgetsPopularSamsung
22 hours ago

“We intentionally did this split screen, so you know exactly what you look like on the other person’s phone, so you can feel a little bit more comfortable,” she says. “And then also, we are hoping that it promotes conversation. By having an equal size, you can see the other person [and] they can see you, so hopefully it fosters conversations because conversations are a two-way street.”

After the call both parties are prompted to answer whether they want to have a call with this person again in the future. They are also given the ability to report a user if they did something inappropriate.

Is Face to Face a Tinder feature you would use? Let us know in the comments below.