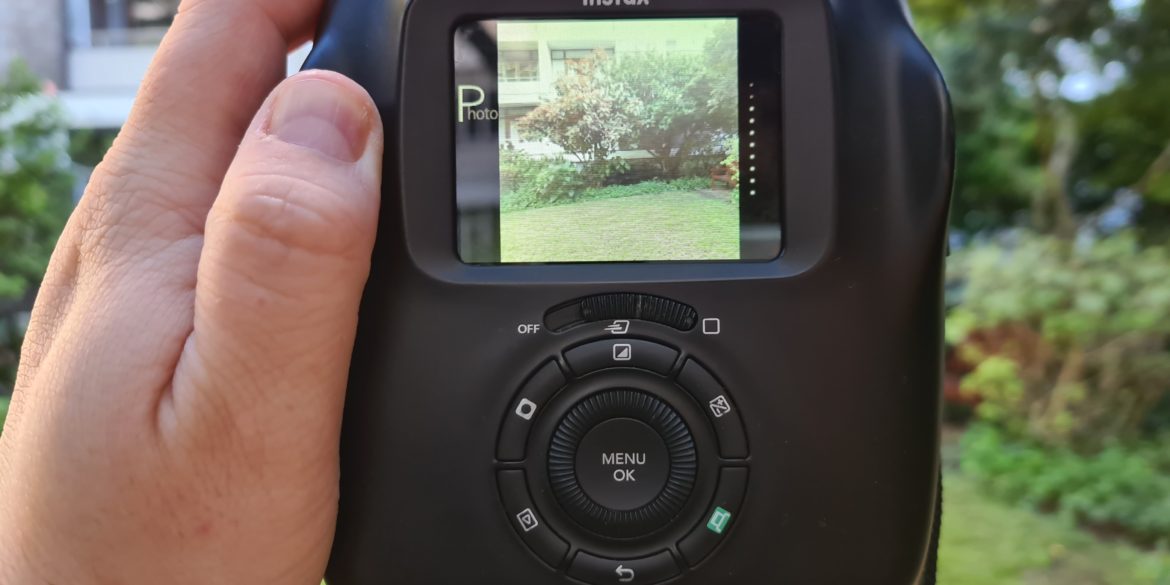 The original Polaroid changed the way people used personal cameras and offered the first opportunity for you to print out your snapped images immediately. The Fujifilm Instax Square SQ20 takes full advantage of this, and tries to bring back that nostalgic fun to your photography. It isn’t meant to appeal to lovers of high-quality photographs, that’s what modern digital cameras are for.

Read: This is the Sony PlayStation 5

In our Fujifilm Instax Square SQ20 review we explore its simple, clever design, the usability and camera quality.

As you would expect from a product of this type, it is mostly made of plastic. While this isn’t necessarily a bad thing, given that this is a product will likely be passed around during parties and the like it is bound to take a couple of knocks here and there. It does help keep the price down, but it may have made sense to have a model available that wouldn’t scratch or dent so easily. 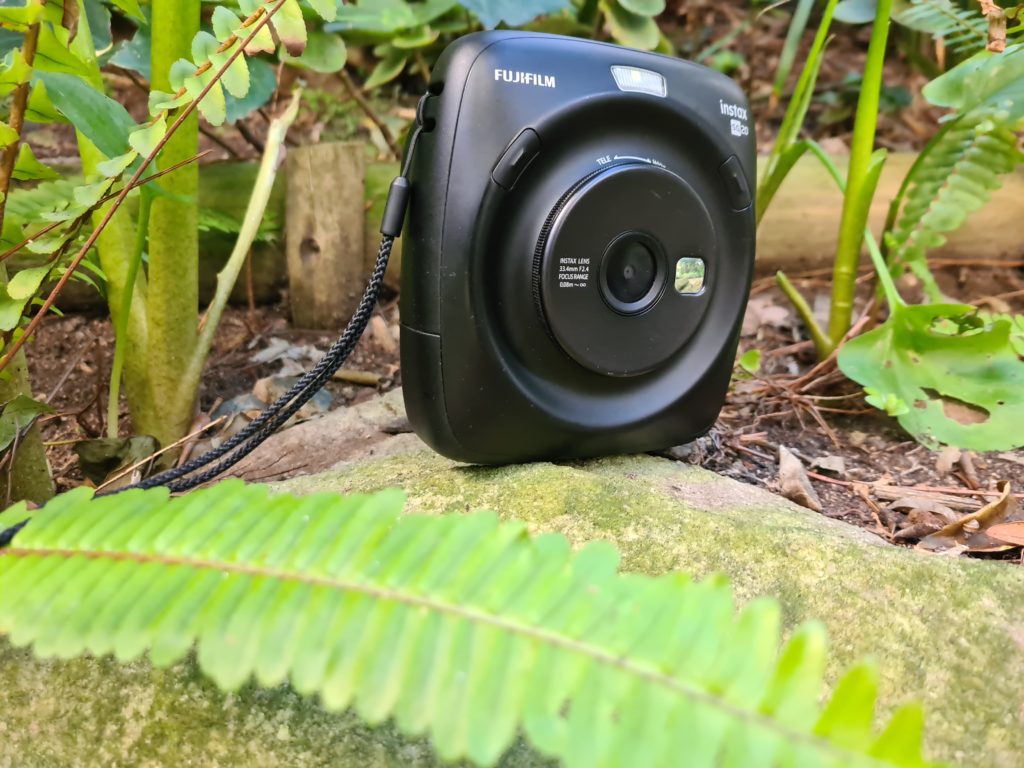 Other than that, it is built really well. It feels sturdy and generally good to handle. It even has some much needed heft to it, likely due to the printer and dispensing mechanism at the heart of the camera.

The square design may not be to everyone’s liking, but it again plays into the theme of retro design and the playful nature of the less ‘formal’ type of photography. It is more rounded in the corners than previous models, following from the concentric circles of the lens and indent meant for your hands. It makes it very comfortable to hold for longer periods of time. 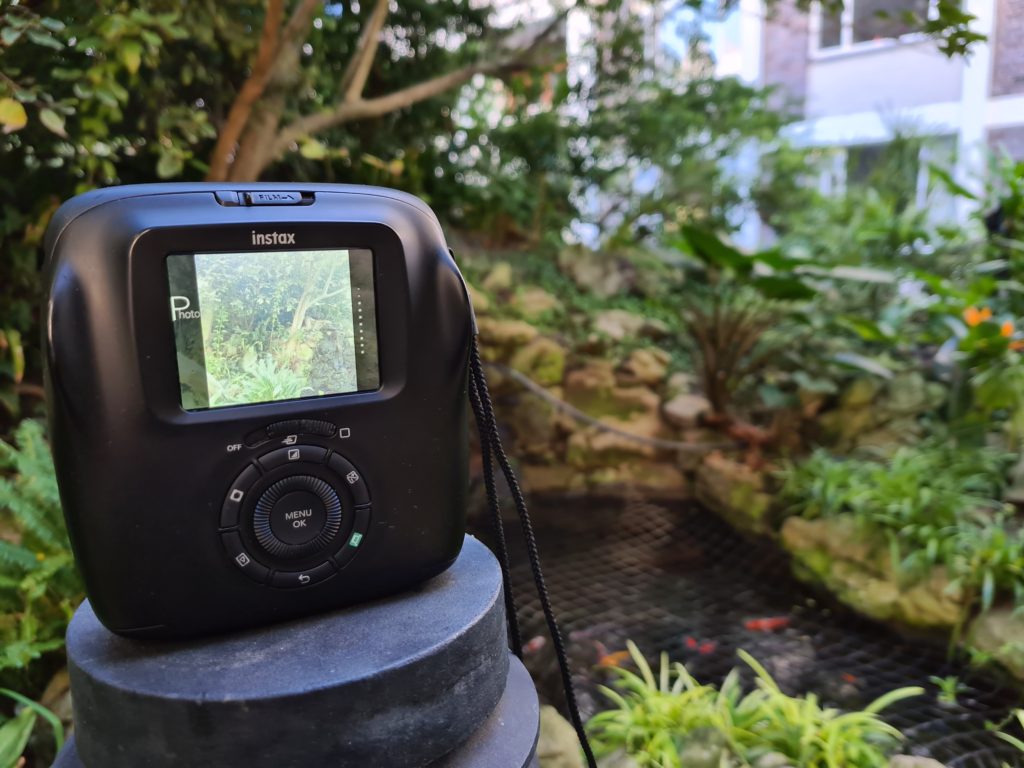 There is also a mirror on the lens barrel, which gives you a good indication of what your selfies would look like.

The circular theme continues on the back below the 2.7-inch LCD display, with all your controls again configured in concentric circles. The buttons, while still plastic, have relatively good tactility, making it more difficult to hit buttons accidently. This brings us to the functionality of the various buttons and software features.

The scroll wheel makes it very easy to navigate the menus and reviewing photos you have taken. There are then dedicated buttons for changing the exposure, adding a vignette effect to photos and more. The sliding switch above in the outermost concentric configuration turns the camera on and off and toggles between the photo and video mode.

The screen’s quality it not good, so don’t expect pinpoint accuracy with regards to the shot the camera will produce. I would have preferred a proper viewfinder to frame the photos I take, but the screen will be fine for most.

The fact is that the screen makes the experience a lot worse than it needs to be. There were times when the representation on the LCD of the shot was nothing like the final photo. It is also very pixel sparse, which can be distracting at times when scrolling through the interface. It is also extremely dull, so when outside you are playing a guessing game about what your pic will look like.

A big improvement over previous versions of such a camera is that you don’t need to worry about taking bad pictures and wasting film (a point we’ll touch on later), because it doesn’t print the images automatically. It lets you review, and even montage pictures in 2×2 or 3×3 configuration before printing using that precious Instax film.

The battery life of the Fujifilm Instax Square SQ20 is good. I generally got 3-4 days’ charge while using the device on and off and printing about 30 pictures. Unfortunately, the battery isn’t removable, so if it gives up the ghost at some point, so will your camera.

The minor edits you can perform with the device doesn’t add as much to the experience as I feel it should for this type of camera. You can adjust the exposure a bit and add some colour filters, but that is about it.

As previously stated, the main point of this camera is not to deliver the best pictures possible. I still feel it is worth discussing, though, because you wouldn’t want to fork out a decent amount of money for a trash camera.

It is quite difficult to put the image quality in context in a purely digital world. If I was being completely objective, I would say that the quality just isn’t good enough, even when compared to the lower end of smartphone cameras – look at what the LG Q60 can do for not much more money. 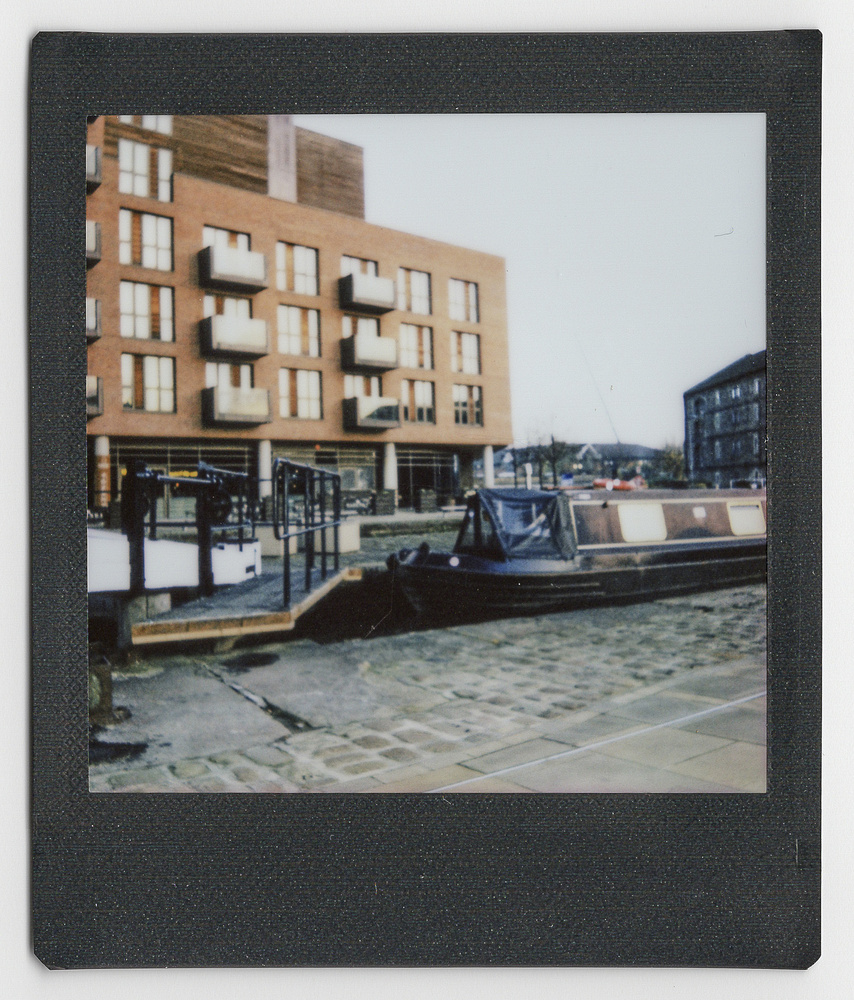 The Fujifilm Instax Square SQ20 is quite bad processing high contrast situations. More often than not, the lightest part of a shot would simply appear white in the printed photograph, rather than giving a background to the subject up front. When you print out your images, the colour is faded significantly and there is very little dynamic range.

I’m not sure if this look from the SQ20’s camera was intentional, but it is just extremely soft most of the time. It focuses well, but the subject seems to almost fade into the background due to a combination of the image processing and the Instax film’s properties. You also need to consider the cost of buying new Instax cartridges if you take a lot of these photographs, which will add significantly to the cost of the camera over time. 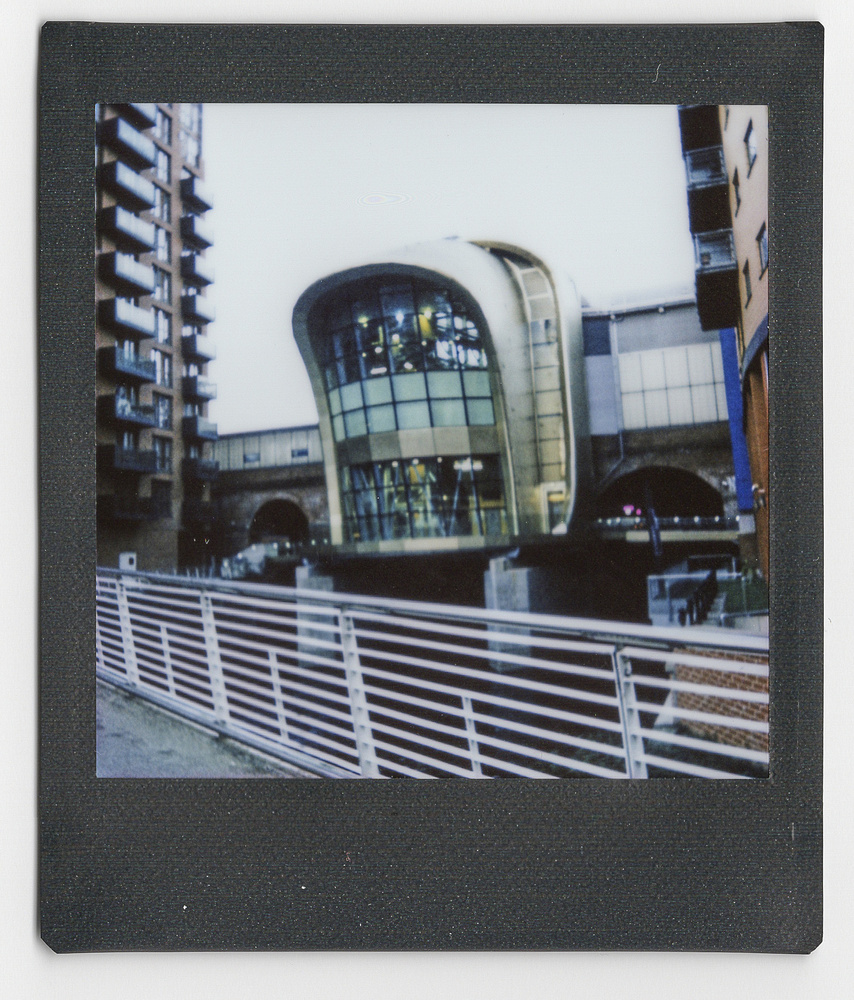 But as I’ve said many times, the point of this camera is not to print out the best quality photos. It is meant to be a fun addition to your smartphone or proper digital camera, taking quick snaps to share with friends or put on the fridge in the instant they occur. While I can’t recommend this camera for the pictures it takes, I can recommend it for the fun factor and the memories you are bound to capture with it.

While the Instax fad in cameras will not become the main form of photography ever, it is a nice addition that sits on the side to offer a truly unique experience.

I don’t like the fact that the image quality is below par (there are better Instax options, even) when compared to cheap smartphones. I don’t like the bad screen and the R3,000 price may put some off. But here is a lot going for it.

I like the fact that there is a microSD and you don’t need to transfer any images. The battery life is good. And it feels great to use as a retro tool to capture the moment and share mementos instantly.

Most importantly, it is a unique tool in a modern age that is a lot of fun to use.