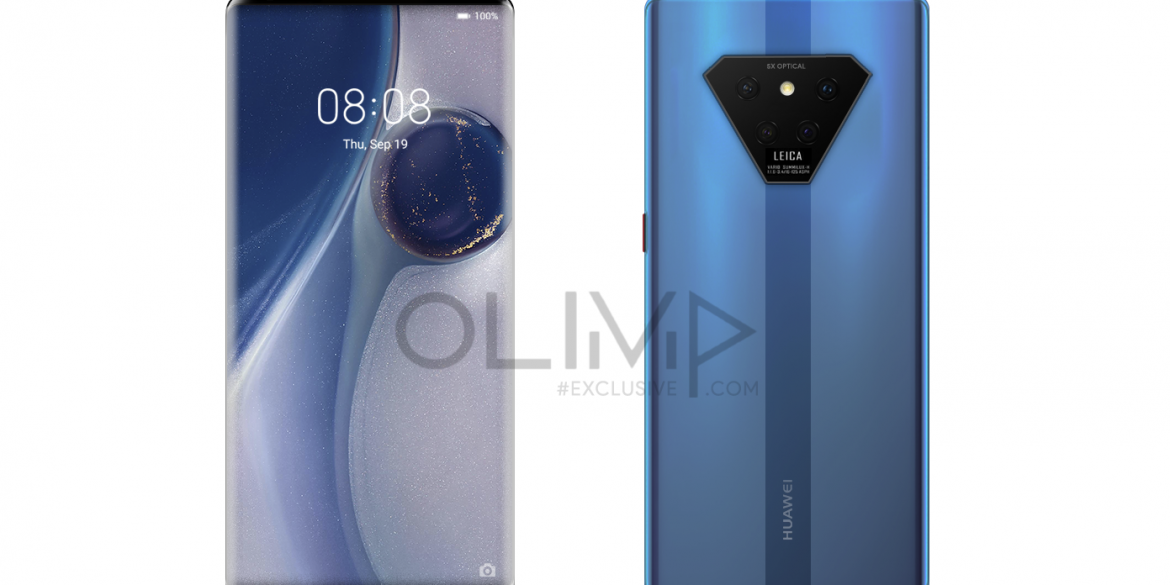 The smartphone industry never sleeps, regardless of a sales crash, or subdued demand. We are awaiting the Huawei P40 and P40 Pro (and leaks have revealed pretty much everything about the device), but now we are already getting leaks about the Mate 40 Pro. This larger flagship from the Chinese company is only expected in the latter parts of the year.

While these are very early renders, they have proved relatively accurate in prior years. These renders are based on Huawei’s patents and leaked schemes.

Most interestingly, if these renders are true to life, Huawei have ditched the notch on the Mate 40 Pro within the display in favour of a notch above the display. Dubbed the “reverse notch” a couple of years ago in similar concepts from other manufacturers, it solves one problem while creating another.

It is certainly a novel design, but the durability of that external notch will always be a question.

The front of the device looks pretty much identical to the P40 Pro, but we expect the Mate 40 Pro to be somewhat larger.

Huawei enjoys shaking things up with their camera arrangements, and this render is no different. It is certainly a more exciting design than what we saw with the Mate 30 Pro, with an angular design adding some flair to a traditionally mundane (or controversial) part of smartphone design.

As always, take these renders with a grain of salt.