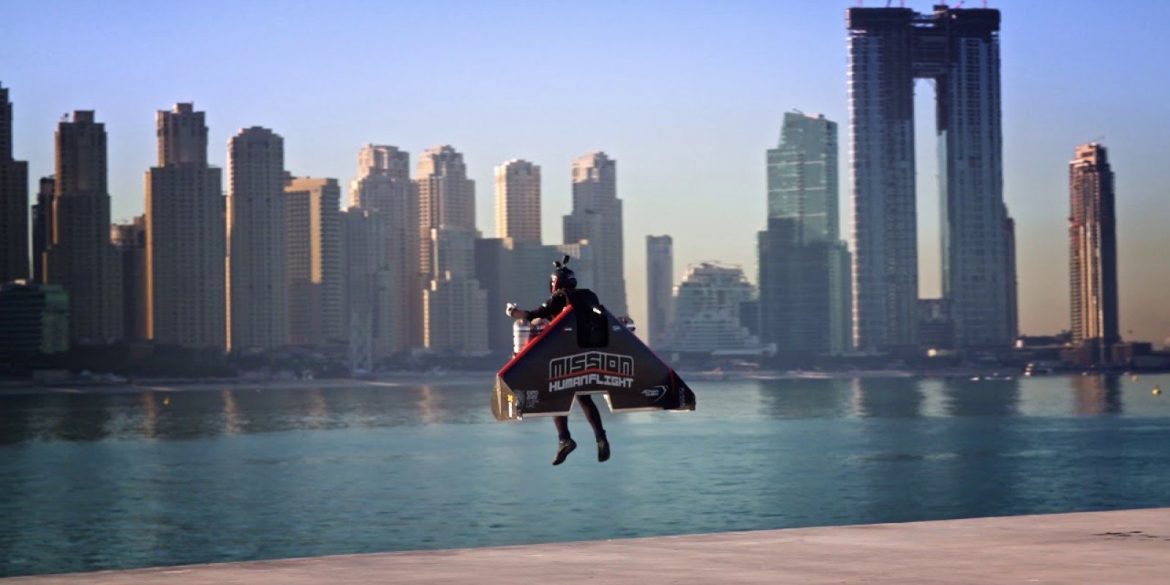 The team reached a major milestone above the deserts of Dubai – the Jetman flew at an altitude of nearly 6,000 feet. You can see them start from a stable hover and then shoot up straight into the air, where they complete some impressive manoeuvres and sharp turns.

The flight data showed that Reffett flew at an average speed of 240kph. Upon increasing altitude after the initial flight checks, he reached his max altitude in after just 30 seconds. Since the contraption is still really heavy, he came to ground with a big parachute after flying above Dubai for about three minutes.

“We are so happy we achieved this incredible flight,” Reffett said in a statement. “It’s the result of extremely thorough teamwork, where each small step generated huge results. Everything was planned to the split second, and I was overjoyed by the progress that was achieved.”

By Thabiso Moloi
In AcquisitionsBusinessLGTechnology
2 hours ago

The next milestone for the team is to be able to land safely without the need for a parachute. They are expecting this to be a lot of work, as safety is almost paramount when testing new transport technologies. According to the team, Reffett had to do at least 50 preparation flights and he did over 100 takeoffs and landings with a tethered safety system to make sure they were ready for this flight.

Finally seeing a real jetpack in working condition awakens the seven year old in all of us. Having seen it in movies for years, we hope the next step is a fully functioning Iron Man suit.