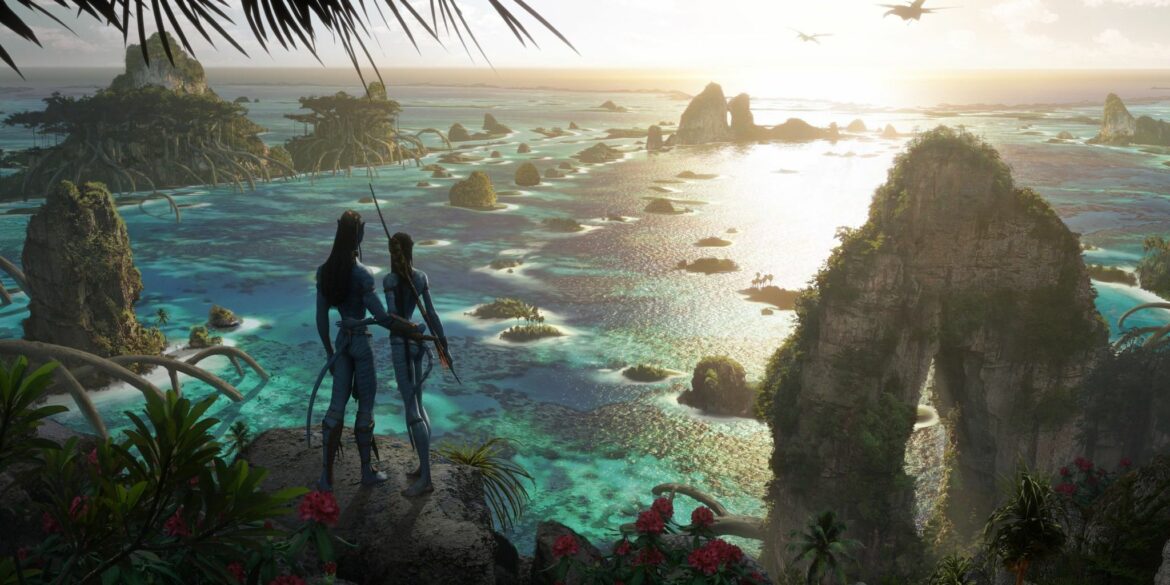 The Avatar sequel that has spent a decade in production limbo is almost ready to be showed off to the world. James Cameron has been working on building the world he created for a long time, with four sequels already planned. Avatar: The Way is Water has received the teaser trailer treatment, and it’s a doozy. Being a teaser, it’s naturally very thin on plot points, but more importantly it appears to be a showcase of the technology that has been created to bring this fantastical world to vivid life.

Last time we tread in Pandora we saw Jake Sully, played by Sam Worthington, become part of the native Na’vi tribe and effectively being their saviour from the capitalistic human colonists. Starting out as a spy, he flipped sides and helped the alien race fight off the marauders. By transferring his consciousness into the body of his human / Na’vi hybrid avatar, Jake was able to start a new life on Pandora — whose atmosphere is toxic to humans — alongside his chosen Na’vi mate, Neytiri (Zoe Saldaña).

Quite a lot of time has passed since the first Avatar (on both Earth and Pandora), and the trailer shows that Jake and Neytiri have had children. It shows several families, which will no doubt be a central theme of the film. The trailer also shows shots of Jake and Neytiri caring for a seemingly human one who has to wear a special mask in order to survive on the planet.

There are also shots of the Na’vi and humans seemingly working together, perhaps having come to some arrangement after the war in the first film. Of course, there will be conflict again and it looks like the natives are once again being forced from their homes and forced to take up arms.

Avatar: The Way of Water will release in theatres in December, 2022.