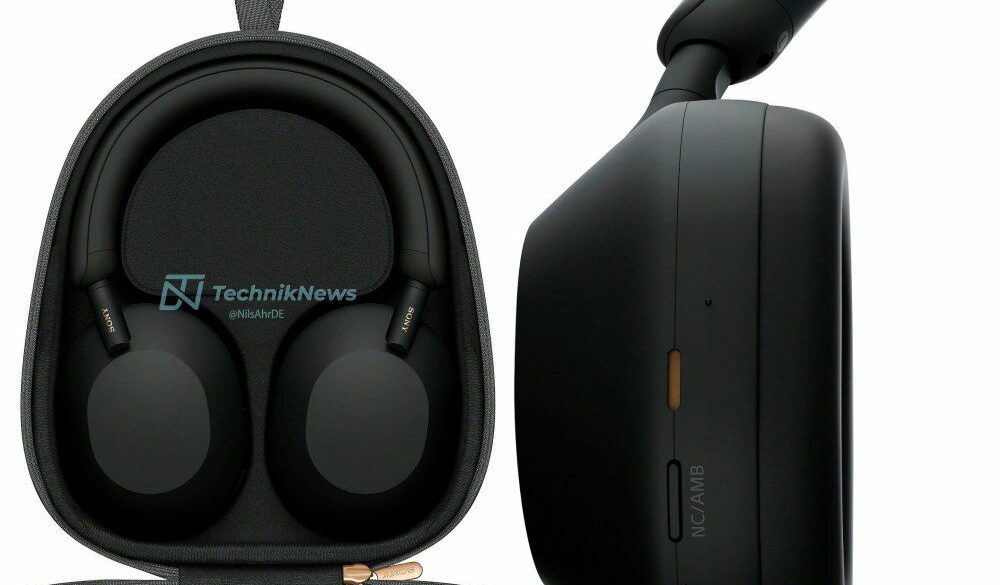 Sony’s flagship WH-1000XM series of active noise-cancelling headphones have always been a favourite of ours, and almost two years after the previous version we are getting a refresh. This will be the first time that the design of the series has changed, with the Sony WH-1000XM5 receiving a sleek new design, according to reports.

The first difference in design you’ll notice is the thinner design, especially the headband. Instead of a shrouded arm that swivels, the arm is exposed, with a single contact point replacing the XM4’s larger folding hinge over the ear cups. It means the ear cups have also been refreshed, with the design change possibly giving it more room on the inside for better sound drivers.

The new arm looks slimmer than the previous design and could contribute to a lighter weight that hopefully doesn’t give up any strength and durability. It has been speculated that it will retain its rigidity with the band now made of metal instead of plastic. This confirms some earlier leaks through an FCC filing that was released back in February this year. The labelling on the product has also changed, moving from the headband itself to underneath an ear pad.

According to the source, the WH-1000XM5 will have an estimated battery life of up to 40 hours with active noise cancellation (ANC) on, 10 hours longer than the XM4, with a total charging time of 3.5 hours via USB-C, about 30 minutes longer than the XM4. They also report it will use two processors for ANC instead of one, and sound will be produced by a new driver, although there are no details on what has changed. They still sport three microphones to pick up your voice and detect noise to cancel it, but the positioning has changed.

We don’t know about pricing yet, but it should cost the same as the outgoing models when they were first release, so expect it to cost around $350.