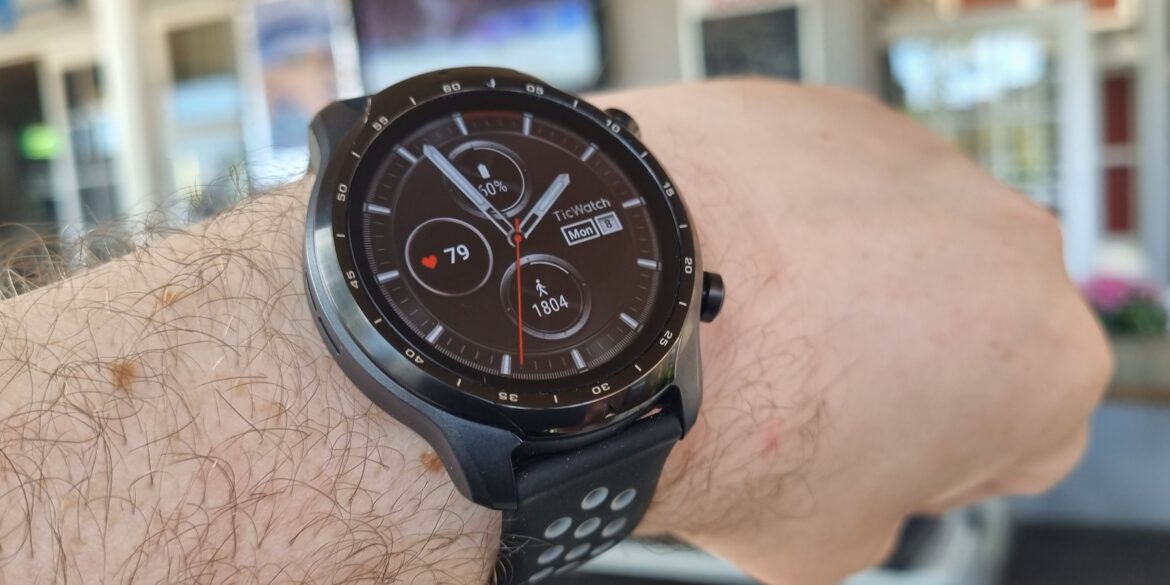 While the age of smartwatches was kicked off with Android Wear, it has struggled to deliver on its promise to be as successful and its mobile operating system sibling. Companies like Samsung have steered away from it, now called Wear OS, in favour of its own watch operating systems. Google has been working hard to change this, and it believes its latest version of the software will deliver the experience customers expect from premium wearables. In our TicWatch Pro 3 review we see how Mobvoi’s close relationship with Google has moulded its latest smartwatch offering.

In 2015, Google invested a sizable amount of money into Mobvoi in order to build a product that has better software integration from most off-the-shelf Wear OS smartwatches. The TicWatch Pro 3 now has the hardware to back up its software claims, finally running on the flagship wearable Snapdragon 4100 processor. Let’s find out if it helps the overall experience.

The TicWatch Pro 3 has retained the same design language from its predecessors, the TicWatch Pro and Pro 4G, but this is a good thing. It has a similar bezel, the same two buttons on the right side, and the same two-tone metal finish against the matte plastic. However, the changes become apparent once it’s strapped to your wrist.

The TicWatch Pro 3 is still unapologetically chunky, but it has been slimmed down significantly compared to previous versions. It is about 5 percent thinner than the model it replaces, but more importantly it weighs 42g, or 28 percent, less than the previous model. It means wearing it for long periods of time is a lot more comfortable than before, without sacrificing in build quality or aesthetics.

Out of the box you will get a silicon strap with orange stitching, which gives it a more luxurious look and feel. It is still possible to get sweaty in it without wear and tear, though, thanks to its silicon build. Because I prefer to swim when exercising, I swapped it out for a Nike silicon strap. The entire package is rated for IP68 dust and water resistance.

The two physical buttons feel strong and weighty, with a very satisfying click. It feels expensive, more so than on any other Wear OS wearable were used in the past. Interestingly, the buttons can twist as well, but it performs no function at this point. It isn’t clear why this was included – perhaps it was done with the foresight of making it interact with the software in the future when Wear OS 3 ships.

Even though Mobvoi made the TicWatch Pro 3, thinner and lighter, they were also able to cram in a larger display. The enlarged screen improves the readability of text and allows for more information, such as health statistics.

Of course, the TicWatch’s initial claim to fame is that it has two displays. It has the normal AMOLED display you expect from a flagship Wear OS smartwatch, but it also has top-layer screen it uses as an always-on display when not using the main colour display. It is an FSTN (Film Super-Twisted Nematic) display, like ones you will find on GPS’s, security systems and appliances like coffee makers. This means most of the time your watch uses this second display, consuming significantly less power than it would using the AMOLED in always-on mode. In the TicWatch Pro 3, Mobvoi has added a few design lines to give the secondary display a bit of personality and change up to the battery indicator. The watch also gains a live second counter, and though it’s a small change, it is a nice addition.

The only drawback of this secondary display is that it doesn’t light itself (hence the low power usage) unless activated, so if there is no ambient light you need to switch on the main display or use the lift to wake feature that will switch on a small light to make it visible in the dark. This is a new addition for the latest watch, is previously you had to switch on the AMOLED display to see anything in the dark.

Usually on Wear OS devices the lift to wake feature (raising your wrist to view the display), will switch on the AMOLED display, but this can be achieved on the TicWatch as well if you should wish.

When the AMOLED screen is in play, it’s a nice, bright colourful place that offers good visibility outdoors – though like a lot of AMOLED screens it can struggle slightly in brighter outdoor light.

While the design changes are welcomed, the bigger upgrade can be found within the chassis of the TicWatch Pro 3. At launch, it was the first smartwatch to use the new Qualcomm Snapdragon 4100 chipset. It is such a huge step over previous models which all used the old, and struggling, Snapdragon 2100.

It can’t be understated how much of a difference this makes – going back to other Wear OS smartwatches just isn’t a possibility for me now, as it feels ancient in comparison. We saw the same type of jump in performance in smartwatches when they jumped to 1GB of RAM.

Every action taken on the new TicWatch is smoother than watches that are running the previous generation processors. From on-screen animations to opening apps and navigating through Wear OS, and using Google Assistant, it all just works. While it may not seem like praise to say ‘it works,’ Wear OS has been lagging behind and its good to see. We hope that things will get even better when Wear OS 3 launches in 2022.

It’s not vanilla Wear OS here though, as Mobvoi piles on plenty of its own apps, most that are health and fitness related. The swiping gestures have remained the same as stock Wear OS, with the same actions leading to the notification shade, Google Assistant and quick settings. However, the app screen has been changed to display onboard apps in groups of two instead of a stream. It makes it feel somewhat different, with the bones being the same as you would expect.

Another important improvement comes in the battery life. Mobvoi’s smartwatches have always performed admirable in this department, it has only been improved with the TicWatch Pro 3, somewhat attributable to the new, more efficient chipset.

In the new watch, you will easily get more than three days battery life. This is while using 24-hour heart rate tracking as well as Mobvoi’s TicSleep for sleep tracking, the SpO2 (blood oxygen saturation) tracing, and analysing SDNN (Standard Deviation of NN intervals). Some of the workout specific tracking features will drain your battery a bit quicker, though, which we’ll get to.

It also has an Essential Mode, which only uses the secondary display and shows minimal notifications and switches off some of the tracking features to extend battery life. Thankfully sleep and step tracking is still enabled during this mode.

When you first see the TicWatch Pro 3, you don’t immediately think ‘hardcore sports watch’, but it has an impressive array of sensors and software applications to look at many aspects of your bodily health.

It has the obligatory built-in GPS and an altimeter to measure elevation. It also has a host of software apps to automatically track a range of activities. There’s a PPG optical heart rate monitor to continuously monitor beats per minute and track your heart rate during exercise. That sensor is also used to deliver blood oxygen measurements and stress tracking as well.

The TicExercise app is a strong addition that most people will be able to use without the need to download other third-party applications for almost any type of exercise. It has ten workout modes, including pool swimming, trail running, indoor rowing, and treadmill running.

The heart rate accuracy is good, tested against similar Apple and Samsung products. However, we found that it is less accurate with high intensity training, where there is a lot more deviation in heart rates in a short period of time. It was about 8-10 beats per minute higher directly after a high intensity period from resting.

Where the TicWatch Pro 3 did impress was with its swimming tracking. It is able to identify the stroke you are doing, the length that you are swimming, and knows when you finish each lap (so it times your laps).

If you are looking for a Wear OS smartwatch and fitness tracker that does everything well, the TicWatch Pro 3 is the best choice in the market. The screen looks great, and the dual-layer design is a smart way of prolonging battery when you really need it.

It’s future-proofed with that Snapdragon Wear 4100 platform, which means it can be upgraded to Wear OS 3, which is coming in 2022. It’s a slick performer as a smartwatch and offers impressive sports and health features.