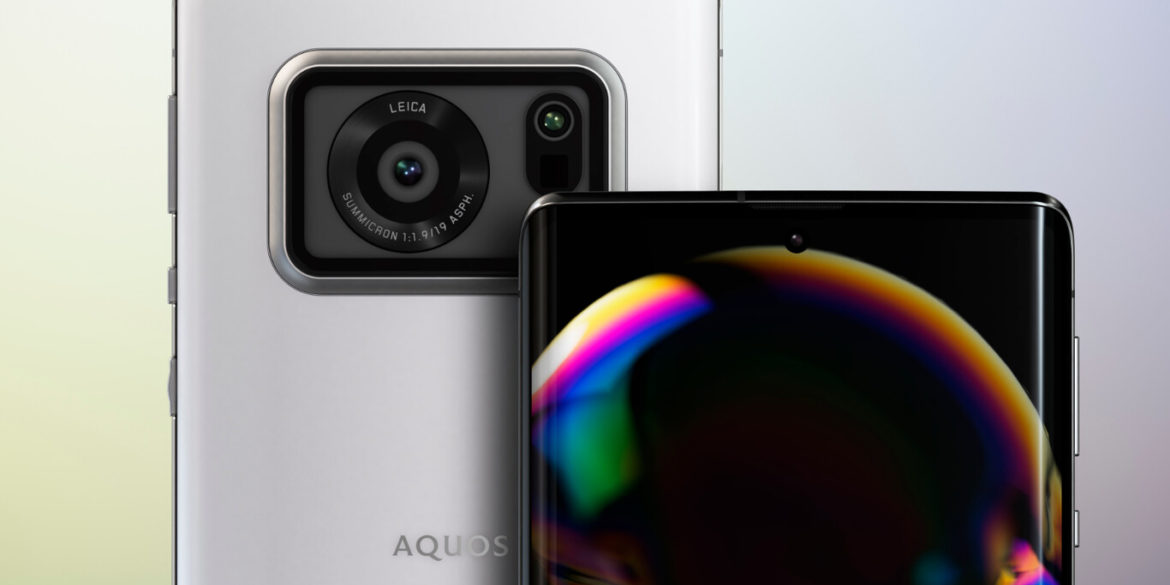 Sharp is hardly a household name in the smartphone industry, mostly launching phones in Japan at this point. The company has now unveiled a new phone – the Sharp Aquos R6 includes a Leica branded camera with a massive 1-inch camera sensor, indicating that Huawei’s exclusive camera deal with Leica is at an end.

Sharp worked with Leica on the entire camera system, including the utilisation of the Sony-built 1-inch f/1.9 wide-angle sensor, the image quality features, and software. Just having the single massive sensor means there is no optical zoom or ultrawide-angle lens.

The Sharp Aquos R6 has a 6.6-inch display capable of producing 2,000 nits of brightness – that’s a lot – the highest on any smartphone. It has a high 2,730 x 1,260 resolution and HDR capability. It has developed new technology into the OLED display to hit these figures, though details are scarce. In order to preserve as much battery as possible (it takes a lot of energy to power such a bright display), the company developed a system to reduce the refresh rate to 1Hz when a still image is displayed.

An interesting feature is the inclusion of dual-fingerprint security. It uses Qualcomm’s 3D Sonic Max fingerprint authentication system, which has a significantly larger catchment area. It means easier fingerprint identification, while also allowing users to log in with two fingerprints simultaneously for extra security.

It seems like a true flagship, with additional specs including the Snapdragon 888 chipset, 12GB of RAM, 128 GB of expandable storage and a 5,000mAh battery to support that huge screen and battery.

This announcement seems to confirm rumours that Leica is ending its partnership with Huawei, which has been fruitful for bot companies. Reportedly, Huawei’s ongoing struggles with the US government is the main reason for the relationship deteriorating.