Apple brings back the colourful Mac with M1 chips 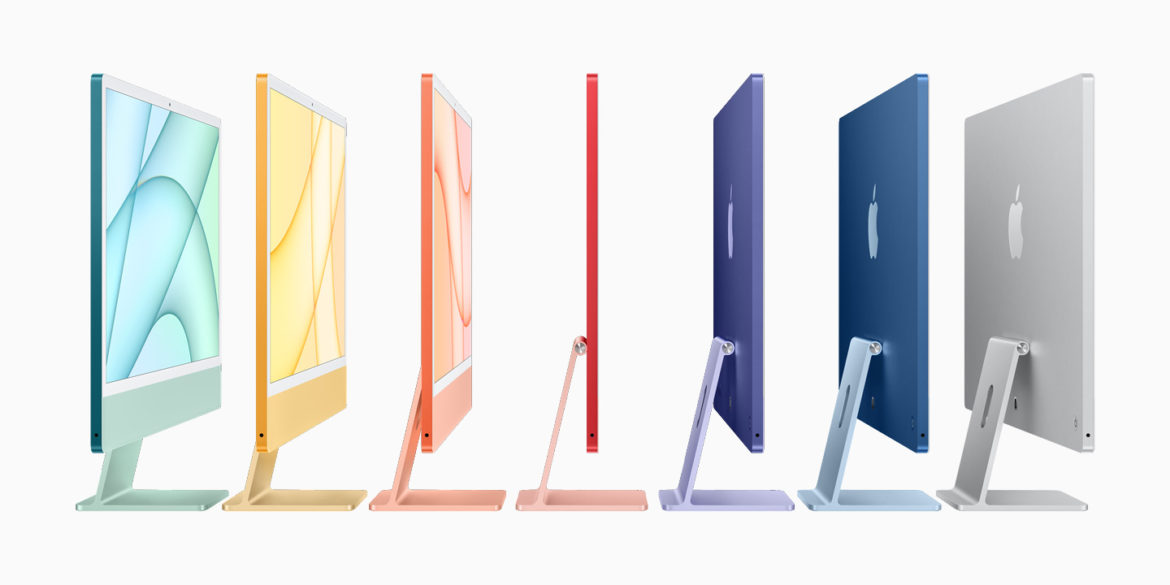 It’s been a while since we were last graced with a colourful iMac – though yesterday, Apple decided to break with slate tradition and release a new 24″ iMac model that arrives in seven colours.

Green, yellow, orange, pink, purple, blue, and silver will complete the visage of the company’s new all-in-one, which will ship with a 4.5k display, a new cooling system, power connector, and all-new peripherals.

Measuring in at just 11.5mm in depth, Apple’s new iMac is 50% thinner than the previous model. Apple further claims that the new iMac will be up to 85% faster in terms of CPU performance, and up to twice as fast insofar as GPU performance is concerned.

Surprisingly, Apple also elected to include a ‘studio-quality’ beamforming three-microphone array with a six-speaker system with spatial audio support – perfect for working from home.

In terms of ports, the new iMac features two Thunderbolt ports while the 8-core option adds two USB Type C ports and a Ethernet port in its power adapter.

Each new iMac will ship with a colour-matched Magic Mouse and Magic Trackpad – the latter of which now supports Touch ID.

The entry-level iMac will set customers back $1299 USD, while a mid-weight option retails for $1499 and the heavyweight model will retail for $1699 USD.