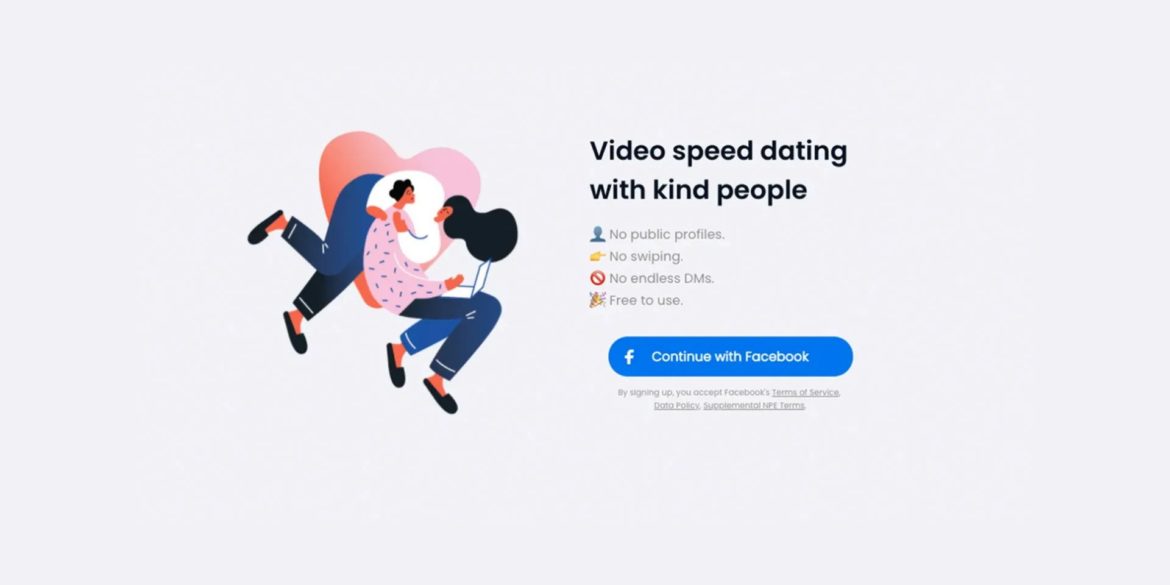 Though Facebook has always been a haven for online relationships, the company didn’t make its debut in the online dating world until nary two years ago, when it first began to roll out Facebook Dating. Now, the company is testing an experimental new platform designed to offer socially-distanced speed dates.

Called Sparked (as a one-up on Tinder?) the platform is billed as “video dating with kind people.” Users will be required to create a private account using their Facebook credentials (although their profile won’t be visible to the broader populace on Facebook itself) whereafter they’ll be able to dive in to rotational, four-minute speed dates through video chat with other users.

If both users enjoyed the interaction and consent, Sparked will set up another, longer video chat set for 10 minutes. If both users pass through that interaction, they’ll be able to exchange their private contact details. Naturally, that includes particulars for Facebook-owned platforms such as Messenger or through Instagram.

Interestingly, the app has been launched for neither iOS nor Android – users will need to access the service through a web app via their desktop. While the app is in limited testing, Facebook appears to be cultivating ‘chat rooms’ or ‘lobbies’ for the service on a city-by-city basis.

By Theunis Jansen van Rensburg
In AccessoriesAppleGadgetsTechnology
3 days ago

What are your thoughts? Would you be interested in speed-dating online, or do your preferences lie with the likes of Tinder or Bumble? Let us know in the comments below.