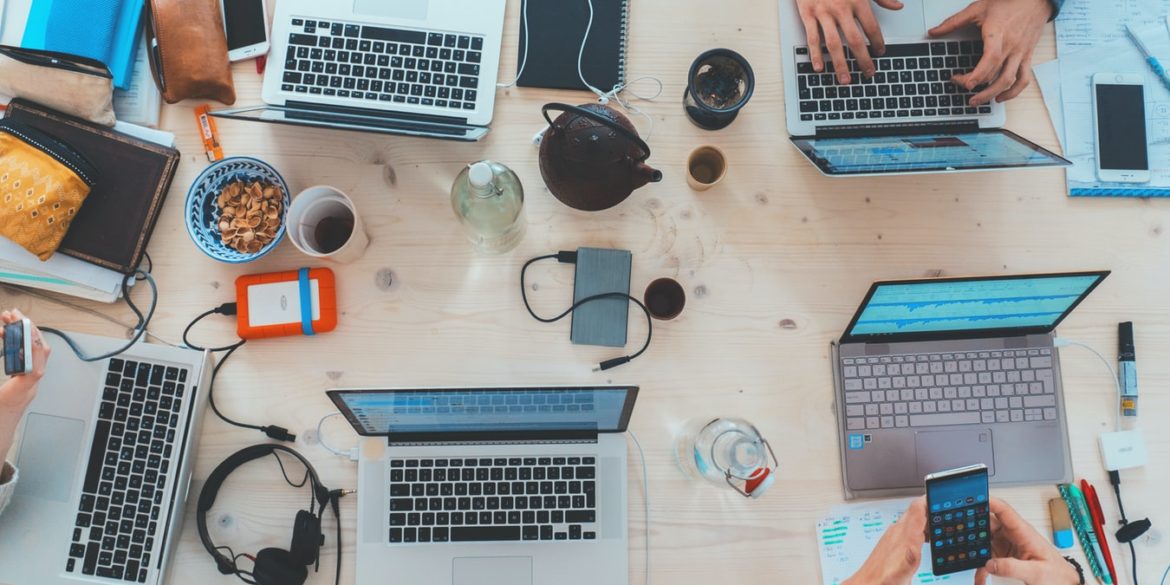 “One of the universal rules of happiness is: always be wary of any helpful item that weighs less than its operating manual.” Terry Pratchett

We are living in an age of technology. New inventions seem to grow straight from the pages and imaginations of science fiction writers. Weaponized drones, translator earbuds, a whistle that sends virtual SOS signals, Refrigerator content tracking, Elon Musk promising to send us all to Mars, and, for some apparent reason, suddenly everybody is trying to build a foldable phone.

There is no doubt that the way we live is radically being altered by technological innovation. We are living in two worlds: the physical and the digital. Both are constantly interacting and shaping one another. So entangled have these worlds become, that humanity can no longer simply claim to be an analog species. But is there a hidden cost to humanity hurtling towards the unknown horizon? Are we still connecting or are we simply scrolling through feeds and taking in information?

“Are we still connecting or are we simply scrolling through feeds and taking in information?“

To address this, I recently had the chance to speak with Dr. Danie Breedt from Charis Psychological services about the impact of technology on mental health and social functioning especially in the time of the Covid 19 epidemic.

Here are some of Dr. Danie Breedt’s thoughts that I could pen (ahem type) down:

Over the years, we’ve all contributed to the normalization of digital consumption. The question is no longer whether technology is good or bad but rather whether our continual access to information can promote human connection and wellbeing.

So even though it might seem that we have very busy digital lives, our physical isolation is a driving force behind the deterioration of our psychological and emotional wellbeing. You see, human beings are hard-wired for relationships. And our digital interaction creates the illusion that this innate need is sated – because we can see and hear one another, we think that it is enough. But people have the need to belong and to be a part of a community.

There is an interesting neurological effect in group dynamics: A hormone, oxytocin, is released in these settings to promote the need for community. This may be part of a very primitive part of our neurological wiring where we need to be part of a group to have safety in numbers i.e. when we are together, the lion won’t carry you off as easily. So we are literally wired for connection.

Another interesting study that I have read was based on the experience of prison inmates, and how quickly the effects of solitary confinement lead to the onset of psychosis. Because we are so deeply wired for feedback from people and from the environment, when we are removed from it, it is almost like we are removed from our connection with reality. For example, when you hear something in the background and we all look up at it, it confirms that what you were hearing was a real occurrence. But if you take away this feedback, it is difficult to distinguish whether it was external or internal. At a primal level, we are built for connection and for these human feedback loops.

So even though technology makes it possible to trade information, the unseen cost is that deep down, it can’t help to resolve our biological need for connection and communal feedback. And we end up still feeling the disconnectedness at a very deep level. We need to feel people, to touch people to feel that we are ok.
I think that technology will get better if we keep asking the right questions. There are certain bridges that we can build, but I am not sure that we currently have a substitute for physical touch and proximity.

Our behavior is rooted in our brains, and due to the effects of neuroplasticity and epigenetics, our cognitive development is shaped by our habitual praxis – how our brains respond to environmental cues and the behaviors of others. So having more digital interaction means that we have less human-to-human interaction than is healthy for normal human development.

At our practice, we have had a clear influx of people suffering from psychological afflictions (increased anxiety, depression, and burnout) due to the prolonged effects of the Covid 19 enforced isolation. Most of whom had access to advanced communication technology and social networks.

Some suggestions for a healthier use of technology from Dr. Danie Breedt:

1. AWARENESS
Being aware of how technology works. Technology is built to distract us – to draw our attention. It plays in on a very important neurotransmitter in our brains called dopamine. Dopamine gives us this feeling of progressing. It is a biological reward for getting closer to our goal. So it is a normal part of human functioning to get routine hits of dopamine.

But now technology has altered this: every time we get an alert, a notice, alike – we get the feeling like we are part of this tribe, we are important, someone like us. And so we get a hit of dopamine. Now, dopamine is addictive and so we end up constantly getting this artificial stimulation that leads to an overdose of a highly addictive neurotransmitter.

2. KNOW YOUR LIMITS
Because the technology is always promoting its own use and is always trying to get more of your time and attention and need to take control of your levels of exposure. If we don’t limit it intentionally, we will spend hours scrolling down our social media feed because there are no limits – it is an endless feed spiking you with dopamine. So you need to create your own safe boundaries. Set a time or schedule and stick to it.

3. PRIORITIZE HUMAN INTERACTION ABOVE TECHNOLOGICAL INTERACTION
Technology has both eliminated a gap and created one. Virtual distance is the phenomenon where people are physically together but detached from each other due to being completely absorbed with their technological devices. We have all had the experience of being in someone’s physical proximity while they are prioritizing digital information. An example of this is couples who spent less time talking to each other and more time glued to their screens.

Make a conscious decision on how much time you should spend on your phone or on social media. Phones and social media have made it difficult to communicate in person. We have a culture where we will be in physical proximity but would rather react to something happening on our phones. So make a conscious decision on limiting your screen time when you are in the company of other people. You need these people and these interactions more than you realize.