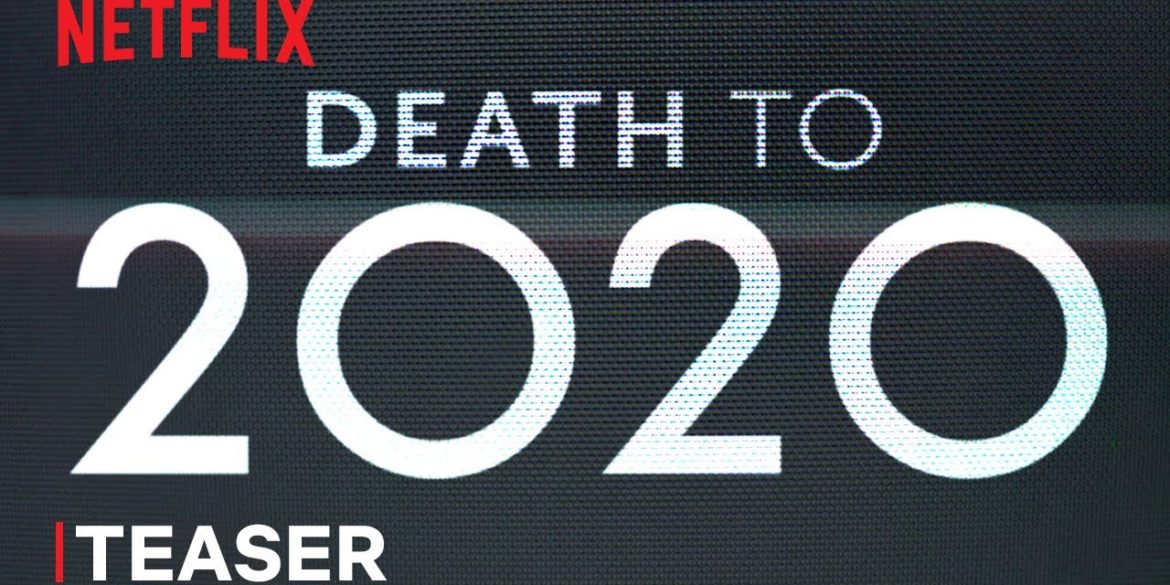 Netflix’s Black Mirror is undoubtedly one of the most unique tv show franchises around that has the ability to redefine how you watch anything. It’s also without a doubt one of my favorite shows that to this day stays in its own lane and never misses a beat regardless of the episode. Its creator Charlie Brooker recently shared a teaser trailer for his upcoming Netflix special that is intriguing but weird at the same time… which is of course… classic Black Mirror.

It’s titled ‘Death to 2020’ and is positioned as a mockumentary about the year’s events, which, when you look at it, is quite fitting and probably one of the best ways to wrap up one of the most mind boggling years in recent memory.

Brooker made the announcement via a video (below) which has since grown further wings this week. For those who aren’t aware what Black Mirror is exactly, the hit show is uniquely styled with new episodes comprising of new characters for each. It is a dystopian sci-fi anthology series that Netflix acquired back in 2015.

It has often drawn comparisons to The Twilight Zone and tells individual stories that comment on society’s relationship with technology. The announcement of another installment is welcome news especially considering that there hasn’t been a new season of the critically acclaimed series since season 5 ended with three episodes in 2019.

With so much that has happened already this year, there’s certainly no shortage of content and it should be interesting to see how it all comes together. You certainly also won’t get much from the trailer seeing as it’s quite vague and cryptic, if I were to guess though especially considering Brooks’ previous work, Death to 2020 will touch if not overtly be based on the current political landscape and naturally, the pandemic. If I’m correct then that would definitely add some extra spice to proceedings.

Netflix haven’t communicated specific timings yet but this one will definitely be dropping sometime this month, and wouldn’t it be fitting if it aired on New Year’s Eve? Talk about a unique way to end off a unique year.