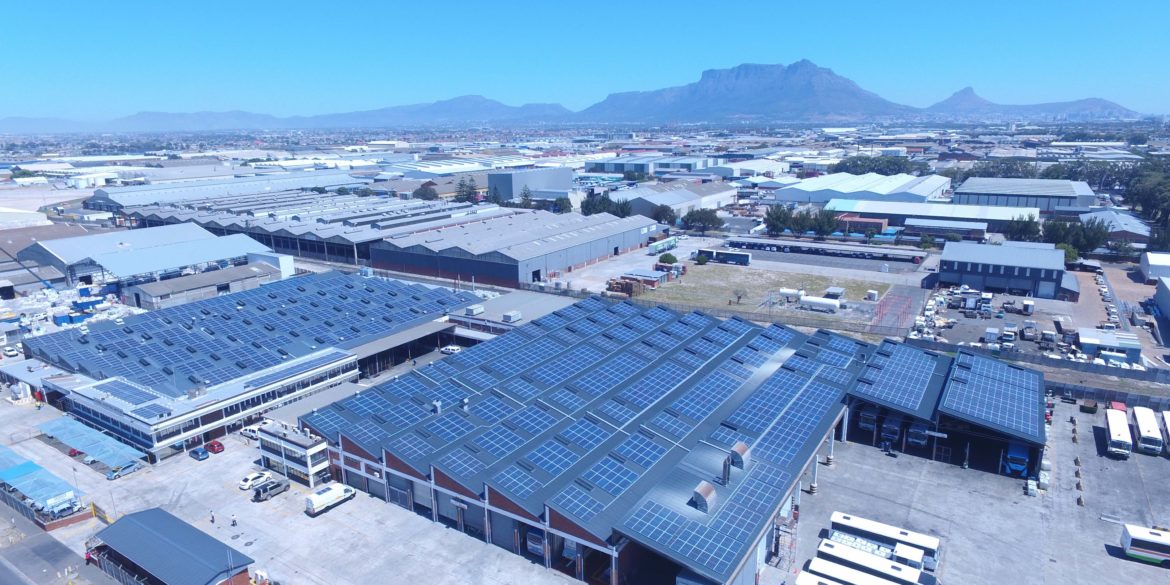 Golden Arrow Bus Services, Cape Town’s largest bus company has announced that it has installed solar panels at Multimech. Multimech is the company’s central engineering complex and this project forms part of its ongoing sustainability and carbon footprint reduction initiatives in SA.

The decision to switch to renewable energy has proven to be a great move and successful to date. Specifically, the large industrial site has reduced its electricity account by 71% over the last three years. The achievement comes as a culmination of a multi-year collaboration between Golden Arrow, New Southern Energy and the City of Cape Town.

‘The first phase of the project, which began in 2017, comprised a small installation of solar panels on Multimech’s roof. During the second and third phases of the project the number of panels was increased to almost 2 500 with the capacity to generate approximately 1 200 kilowatt hours per year. The final installation was completed during October 2019 and since then the site has consumed only 46% of the electricity generated by the system and exported the balance to the City of Cape Town for use elsewhere. As a net exporter of electricity, Multimech is now classified as a green facility.’

A project such as this one requires large investments both from a time (projected 20-25 years) and monetary (exceeding R80 million) point of view. The switch to an environmentally kinder solution was a natural step for Golden Arrow as the 159-year-old Company moves forward as a champion of sustainable energy use.

“Sustainable energy generation is a key part of Golden Arrow’s future; we believe that this is not only an ethically but also financially sound investment and we are excited to see how we can expand these initiatives in future,” said Gideon Neethling, Golden Arrow Company Engineer.

“This project is a perfect example of a phased approach that enables a facility to work towards a more sustainable future over time. The collaboration with the City of Cape Town means that it will benefit people throughout the city for many years to come” said David Masureik, CEO, New Southern Energy.