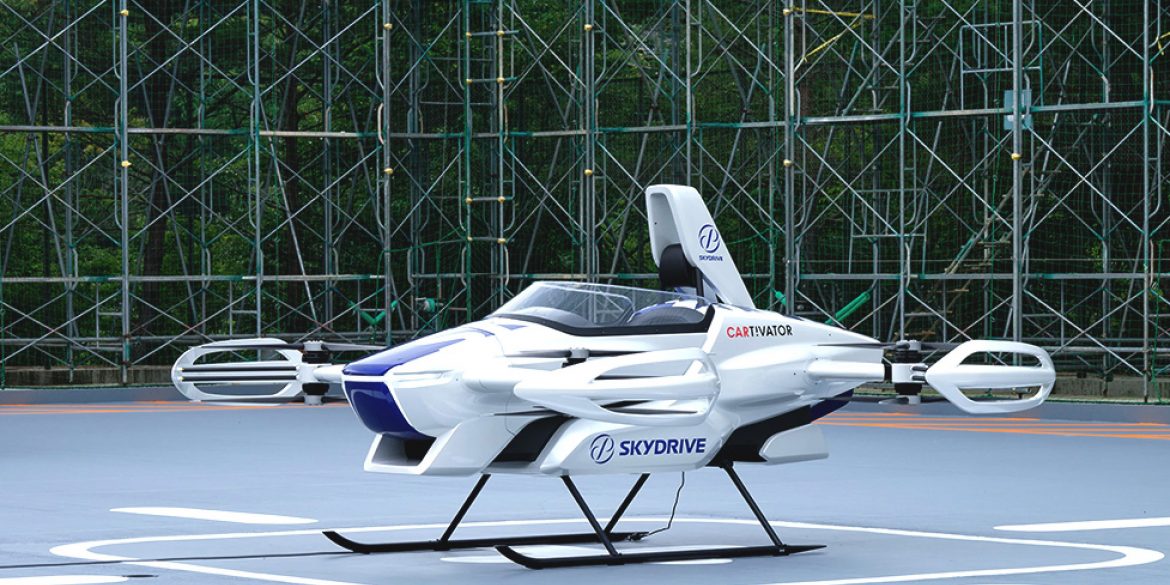 The future of inner city commutes may look very different than it does now. Sure, we’ve been waiting for our sci-fi fantasy of a flying car for years and we won’t get there anytime soon. But that doesn’t mean flying cars aren’t already with us and planned to serve as taxi services in cities around the world. Toyota has backed SkyDrive to build a product for that future.

After years of development, the SkyDrive flying car has finally taken flight and the company has debuted the SD-03. While it isn’t autonomous yet, that is the eventual goal. This was a human test flight, showing off the promise of the device.

The SkyDrive flying car has been hailed as the smallest vertical take-off and landing (VTOL) vehicle in the world, which is meant to create our new world of transportation in a “new means” for urban life.

It is probably going to be some time still before you see these kinds of devices in big numbers in our skies. There are still a lot of regulatory hurdles to cross, which always lag behind technological development. But of course, the technology isn’t quite there yet. While SkyDrive intends to have a full test beyond the current test field done by the end of the year, it wants to have a two seater commercial vehicle ready no sooner than 2023.

There are other products of this type in development as well, with the likes of Uber believing that flying cars could change the entire taxi service industry. In the short term it will be for wealthy individuals, of course, but it is expected that the cost of the technology will decrease quickly.

Would you like to see flying cars become commercially available? Let us know your thoughts in the comments below.