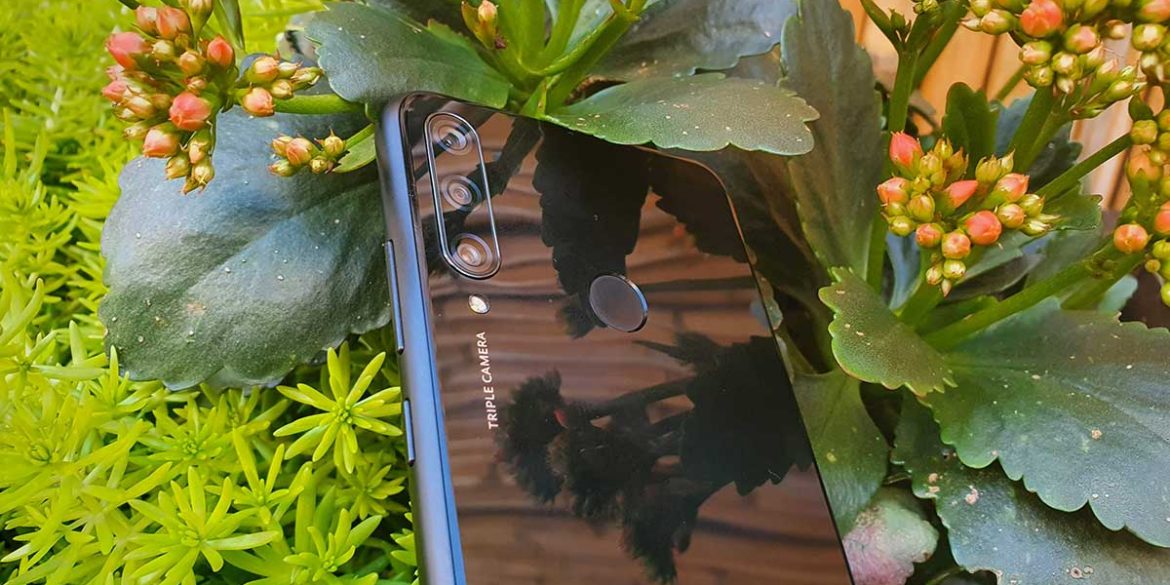 Despite recently setting a stellar record by shipping more smartphones than ever before, Huawei has been thrust into unusual times thanks to the ongoing ramifications of the US-China trade-war. There’s been a lot written about the marque’s sudden loss of Google’s Mobile Services (which gives Android phones access to platforms such as the Play Store and other Google services, such as Gmail), and what this means for a brand that was ultimately tipped to tear rivals asunder thanks to a combination of great hardware and meaningful design. The likes of Samsung and Apple would have been right to have been afraid.

Ultimately, thanks to the absence of Google’s Mobile Services (GMS), Huawei has to now rely on great hardware propositions to win over those who might feel torn by the lack of Google services. Whether, as a consumer, this means anything to you is up to how much you value your Google account.

Perhaps most of the thought pieces discussing the absence of GMS on Huawei phones has concentrated on flagship models such as the P40 Pro, which undoubtedly have a lot of legwork to convince users that they’re a superior option compared to rival Samsung or Apple flagships. Ultimately, however, one could argue that the biggest difference will find consumers weighing up their options in the mid-range, given Huawei has largely set its sights on becoming a premium brand despite local users adoring their Lite series smartphones.

The Huawei Y6p (it’s truly an awful name), sits squarely in the middle of this conundrum. Does this smartphone, with three cameras, a handsome design, and Huawei’s best efforts to cultivate AppGallery, represent a serious-enough proposition to snag the likes of Samsung’s J and A ranges? Let’s dive in. 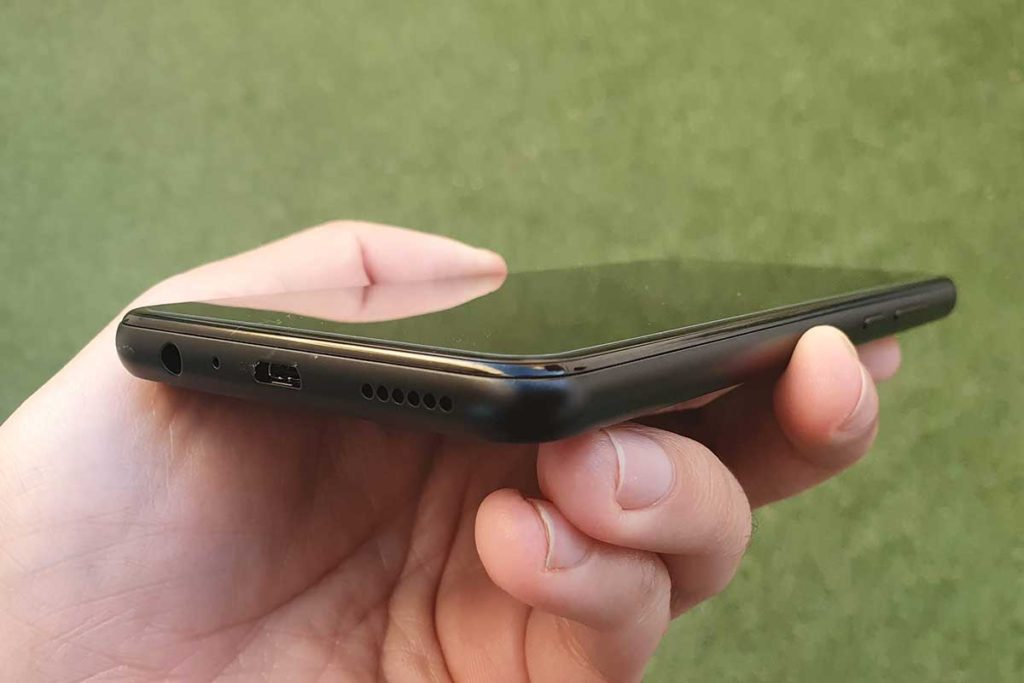 When one opens the box, it’s hard to remember Huawei has a problem to begin with; the Yp6 is just as handsome – if not more so – than its forebears. The trickle-down design that we saw aboard the P8 has at last matured into a finish that Huawei can apply across its devices and make a stylish statement. Rounded edges and a pebble-like finish make for a great fit in the hand, and – thank goodness – there’s no real camera bump nor ungainly lumps to worry about. In some senses, the feel is somewhat reminiscent of Apple’s iPhone 6 and 7 series, while feeling a great deal less slippery.

How much you’re able to adapt to the Y6p might well depend on the size of your fingers. The central, rear-mounted fingerprint sensor is as fast as Huawei’s best, but on occasion, I really had to stretch my index finger to reach it. Your mileage may vary, but perhaps what might be universally frustrating is the fact that both the power and volume buttons are on the same side of the phone, meaning your index finger and thumb will be fighting for dominance. Apologies in advance if you’re left-handed.

The Yp6’s screen is bright and vivid, and that’s a great compliment given this area of the market, where quality can all too easily be passed over. While the display falls slightly short of what you may be able to get on Samsung’s A-series contenders at the moment, it’s definitely a serviceable option. The small indent of the selfie camera is relieving as well – with luck, the era of the notch is over for everyone but Apple. What perhaps is a standout is the fact that the Yp6 delivers great colour reproduction thanks to its larger 6.3″ display, which you’ll definitely enjoy watching on your next YouTube binge.

The real meat of the debate surrounding whether the Y6p is a great smartphone for its price point is, undoubtedly, software. To put my position plainly, I’m an avid Google user with a Home setup, and I regularly use other Google services ranging from Analytics to Google Docs, and most services in-between. I’d probably also be using Google+ if that were still a thing.

For me, the lack of Google services is painful. While one can, of course, load services such as Gmail in a conventional browser window, one loses all the benefits that give phones such as the Pixel (or bare-bones Nokia phones) their selling power.

Huawei has made its own attempts to rectify these frustrations. Perhaps the best principle is AppGallery – and while the platform has seen more developer adoption (with emphasis on local support) over the past few years, nothing quite soothes the sting of being made to download Facebook APK from a webpage just to have Mark Zuckerberg pour over your data.

There are many ways to circumvent the problem posed by the lack of GMS, but during my review period, I was left to question whether the Y6p’s target market might actually take up these options. For example, this isn’t a smartphone aimed at performance buffs or someone seeking the ultimate thrill – this is an everyday option designed to service more roles than master any, and many workarounds are complicated and time-consuming. For someone who wants a smartphone that just works, this is a frustration.

To return to what will be a very subjective experience, your mileage with the Y6p will be shaped by what your expectations are. If you’re heavily reliant on Google and have dreams of using work or personal app suites such as Google Docs regularly, you’re going to become frustrated. Rather, you’re seeking a phone that has more or less the apps you’ll need to get by (such as an email client, WhatsApp, Facebook, or certain other services), the Y6p will not present you with problems.

The lack of GMS is hardly something I can penalise Huawei for, though it is something I would caution you to consider. Purchasing the Y6p will require a great deal amount of introspection amongst consumers before any commitment happens. Ultimately, your experience might well be shaped long after this review could be considered recent given that AppGallery is still very much a frontier under development. 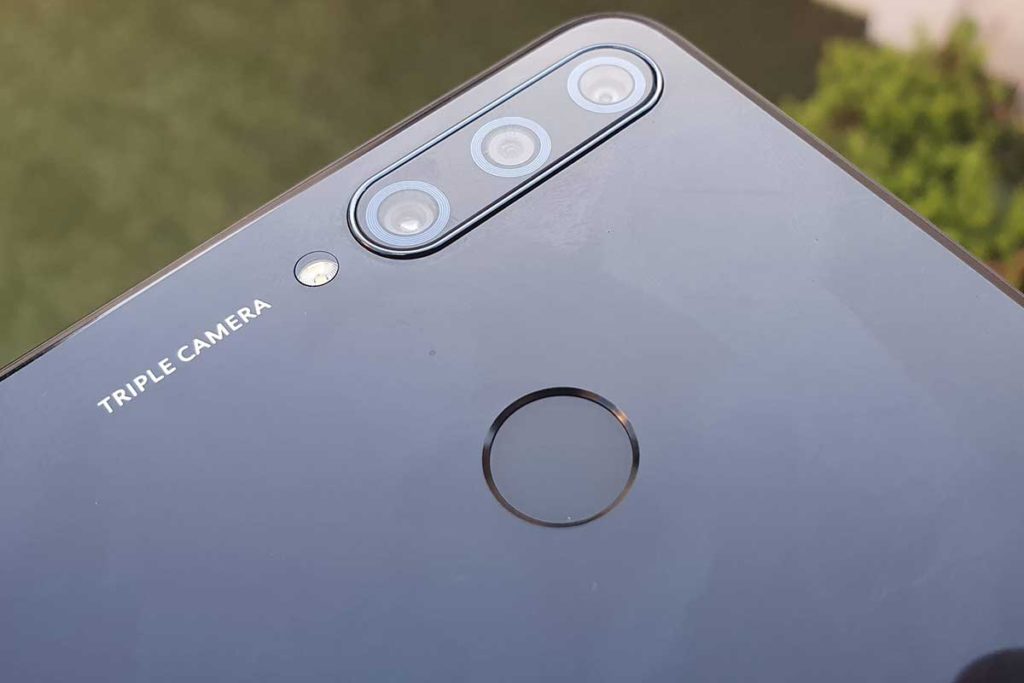 When settling in the mid-range in 2020, you’ll be presented with a number of different camera options to consider. For example, is one lens enough for you, or would you prefer a wide-angle to get the job done. Might you settle for a telephoto lens, or would you seek as many as 5 cameras?

For your money, the Huawei Y6p certainly comes equipped with a number of lenses. Three, in fact – a 13-megapixel wide lens, a 5-megapixel ultrawide lens, and even a 2-megapixel depth sensor are present. While this means that you’ve got some excellent hardware with a Huawei’s pedigree at your disposal, it’s software limitations that will either frustrate or delight you.

While the wide lens is understandably the more capable offering, the ultra-wide shooter can deliver mixed shots that both don’t readily offer up fine detail or adjust fine focus. The depth sensor, on the other hand, fuels the device’s Aperture mode, and isn’t of substantial benefit or remark beyond that; bokeh-driven portraits look good, but not great. Video-wise, the Y6p delivers 1080p/30 fps footage, which is standard fare in this class. 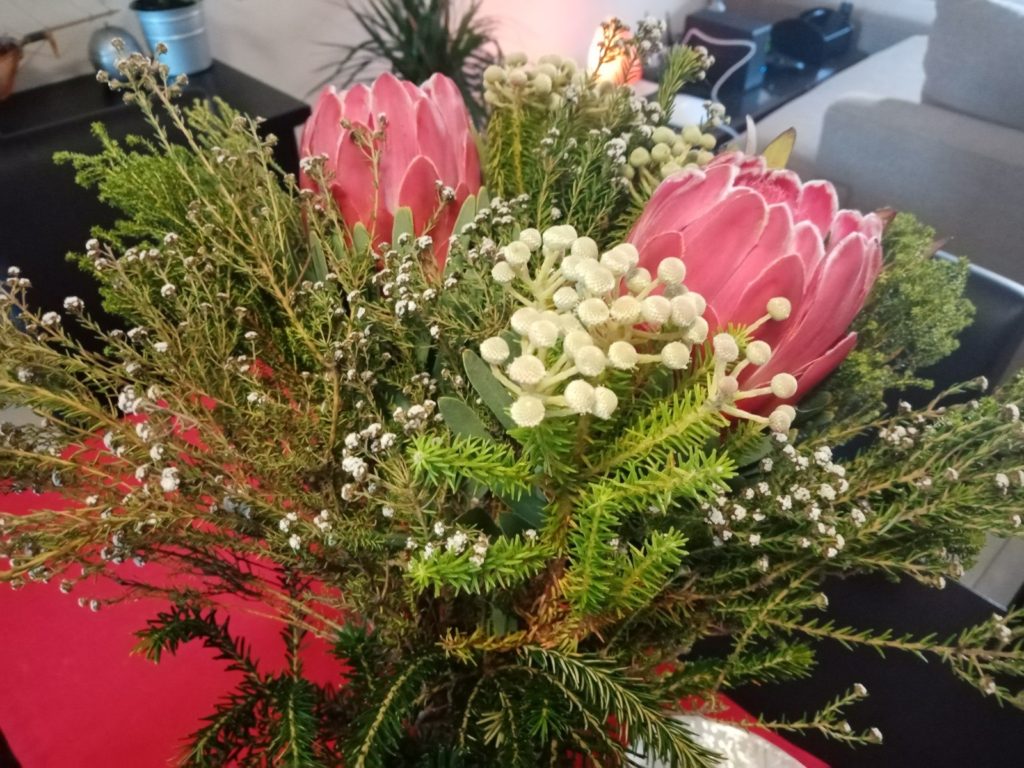 The Y6p manages shadows and highlights deftly, which can amount to some great snaps even in tricky lighting. However, you may end up sacrificing focus control, which I found to be inconsistent at best. At times you might be able to snag a well-detailed macro shot, and other times you might work with difficulty to capture friends’ faces with no soft touches. 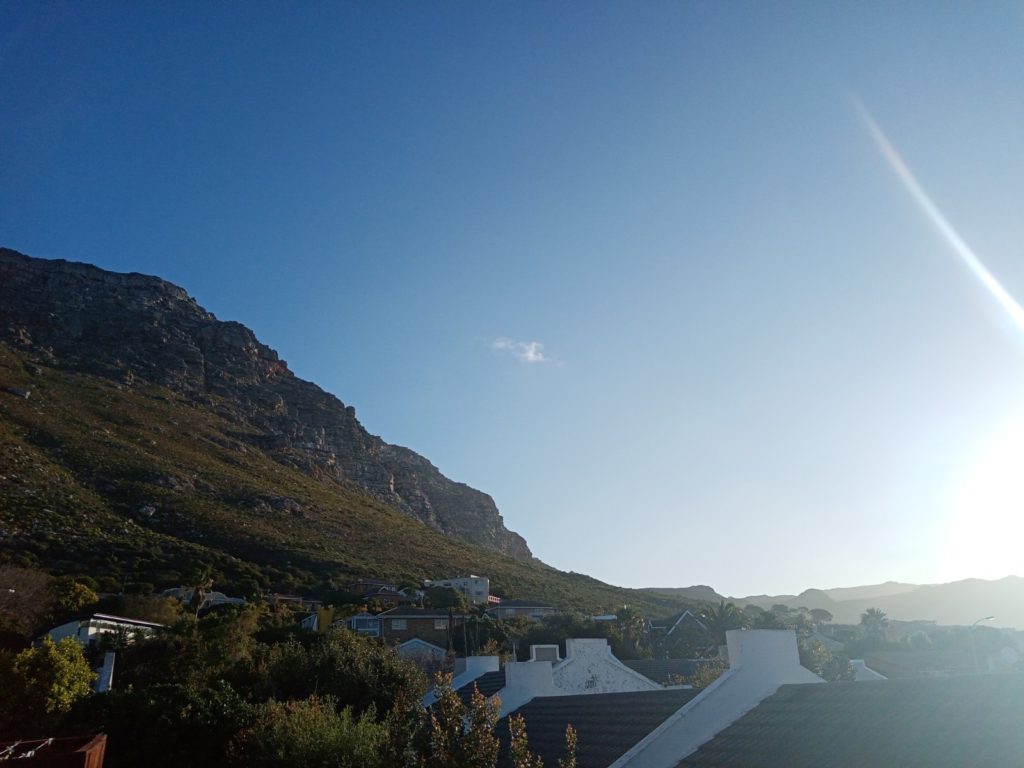 The Y6p’s selfie-camera deserves more praise, as it’s capable of delivering enough quality for modest selfies, and if it’s your cup of tea, Huawei’s default beautification mode is here to smooth your skin into oblivion. 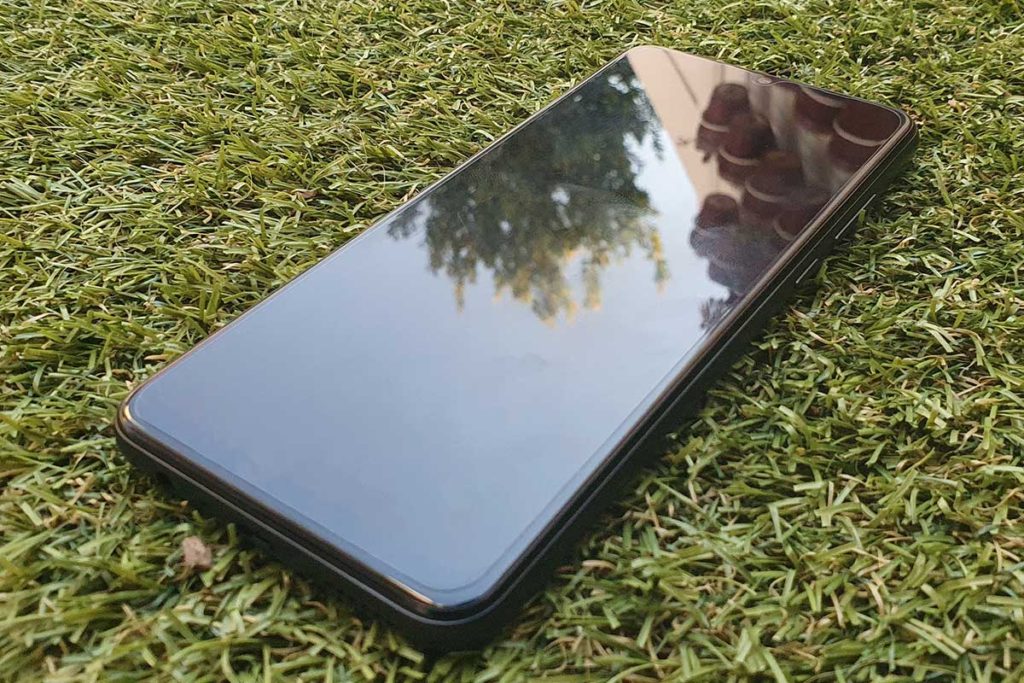 Huawei’s strength has always been in packing in abnormally large batteries in its smart devices, and, refreshingly, the Y6p isn’t an anomaly in this regard. The device crams in a 5,000mAh battery which is sufficient enough to last at least two days of strenuous use, and can perform well into the 2-3 day range depending on your usage. For budget-conscious consumers, this means that the Y6p can do more with a full charge – and despite the lack of a USB Type-C port or the presence of wireless charging, you’ll be able to do just fine.

An interesting design note is that despite the above limitations, the Y6p does, in fact, support reverse-charging – meaning that with the use of an adapter, you can actually charge your other devices; a nifty trick if you’re planning on purchasing the Y6p as a secondary smartphone. 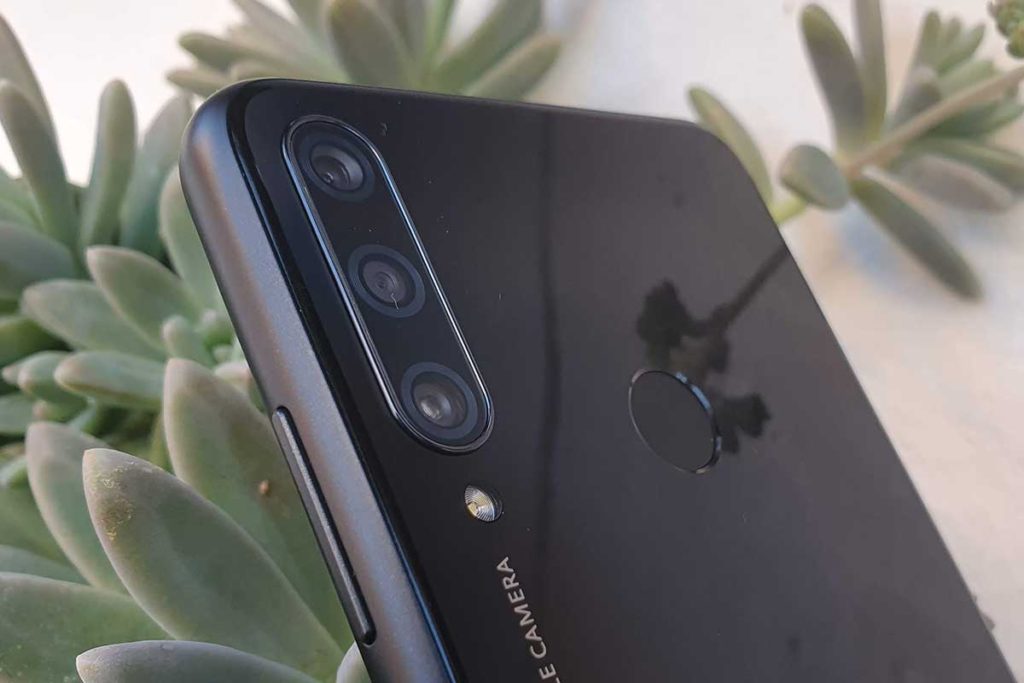 Where times different, the Y6p would ultimately have more than enough to carve out a significant share of the market and harass its rivals thanks to its lower price position, design, camera offering, battery, and other nifty tricks such as reverse charging. However, as Huawei moves from trench to trench amidst the backdrop of the US-China trade war, this is no longer an elegant weapon from a more civilised age.

Rather, the Y6p represents something of a new chapter for Huawei; locally, in South Africa, its Lite models have been a hit for many of the same fundamental ingredients that make the Yp6 great; both model series covers the bases well enough not to leave any stone unturned. However, with the lack of GMS, you’ll have to be reminded that – despite whatever Huawei’s marketing will tell you – this is a phone that comes with compromise.

That’s the crux which makes the Y6p a difficult phone to recommend. You’ll either be totally fine without Google, or you’ll quickly come unstuck – and to what degree this affects you as a shopper in the budget end of the market will be too difficult to tell.

The Y6p’s hardware formula, much like Huawei’s signature flagships, does get a lot right. There’s a gorgeous display, a fair camera setup, a well-formed design, and strong battery life is yet another major benefit here. However, in the face of its rivals, whether saving a few hundred Rand on this device versus others will likely be a decision that comes more from your wallet than your heart.

The Huawei Y6p is perhaps more significant than just serving as another contender for your hard-earned cash. This is a phone from a former kingmaker that’s been left to fight for its relevance amidst a sea of vultures now pouncing on a radically different market – and the Y6p has to do all that and justify its +-R3100 price ag.

The Y6p delivers a solid design and unique camera offering, and just how much the lack of GMS affects you will be up to your day-to-day use. As Huawei crosses the no-mans-land between having a total lack of an App Store of its own, and fleshing out AppGallery, you’ll be along for the ride at every step of the way.

If you can afford to live without GMS, the Y6p is just as serviceable an offering as Samsung’s prime-time A series mid-range, such as the A21s which retails for roughly R400 more. However, if Google is an important fundamental concern in your life, you’ll quickly begin to grow weary of the limitations forced on you.

While this is a smartphone I’d recommend you purchase with caution, you’ll be presented with a perfectly presentable smartphone if you can live past its flaws. In exchange for passing up Google’s services, you’ll be rewarded with a well-designed, competent, and long-lasting smartphone that will more than suffice in the budget end of the market. Whether the Y6p is worth the sacrifice will ultimately be up to you.