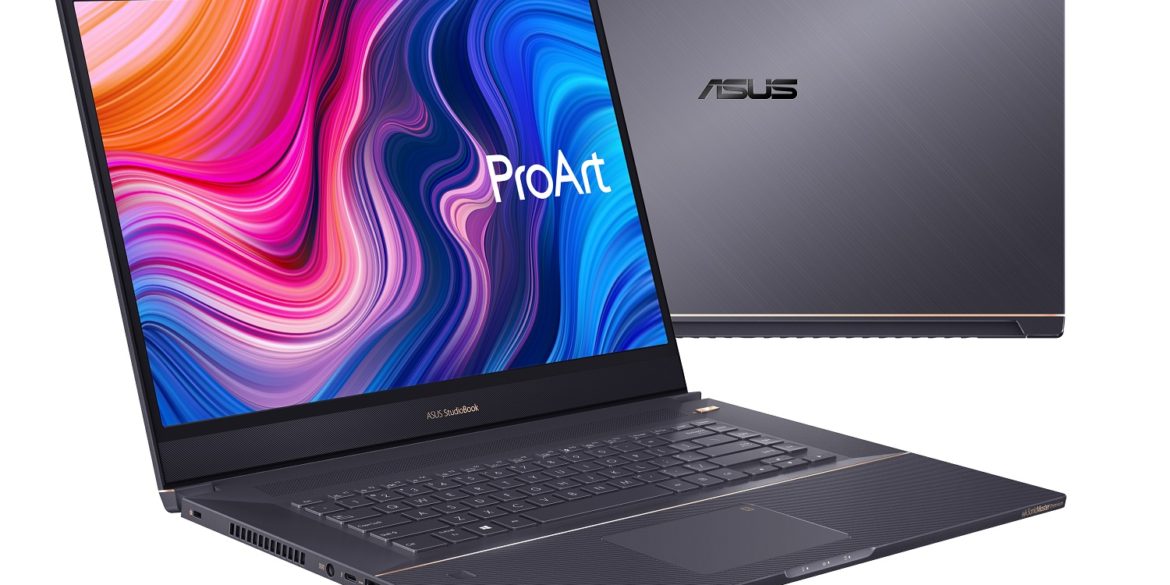 Many laptops have claimed to be a viable desktop replacement for professionals and creatives alike. Offering more grunt than most notebooks and laptops, they aim at delivering slick enough performance that you can use it to manage your video editing and content creation, as well as serve as a business tool while being as portable a workstation as possible. The ASUS ProArt StudioBook 17 aims to deliver this anew and is a valiant effort, bar a couple of missteps.

In our ASUS ProArt StudioBook 17 review we put it through its paces – should it be your next professional laptop? With small bezels and a modern design it certainly looks the part, and the beautiful 17-inch display will turn heads. 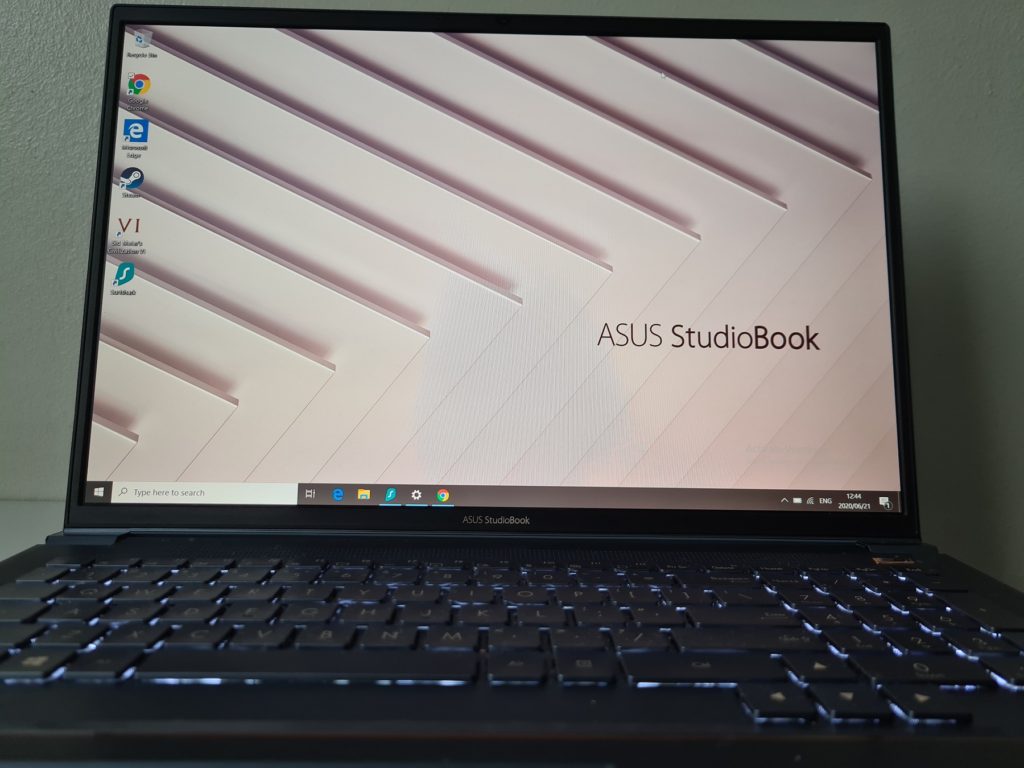 As you would expect, the StudioBook 17 borrows several design cues from other laptops in the ASUS range, but that is generally a good thing. The body is made from magnesium, which lends to the lightweight feel (comparatively for what you get on the inside) and allows it to be slim for this kind of machine.

It pairs the slim and lightweight design with an impressive sturdiness. It feels like a premium laptop, which it is without a doubt, with no creaking in the metals or flexing of display panels, because of the aluminium built cover. Even if you don’t treat it with the utmost of care, you won’t easily scratch or dent the chassis of your laptop.

You have slightly less room than would be ideal for your hands to rest on either side of the trackpad. The added functionality of the trackpad warranted the decision to make it slightly wider than is the norm. You can rest it for long sessions of typing, though, with the magnesium finish feeling flush and premium on the skin. 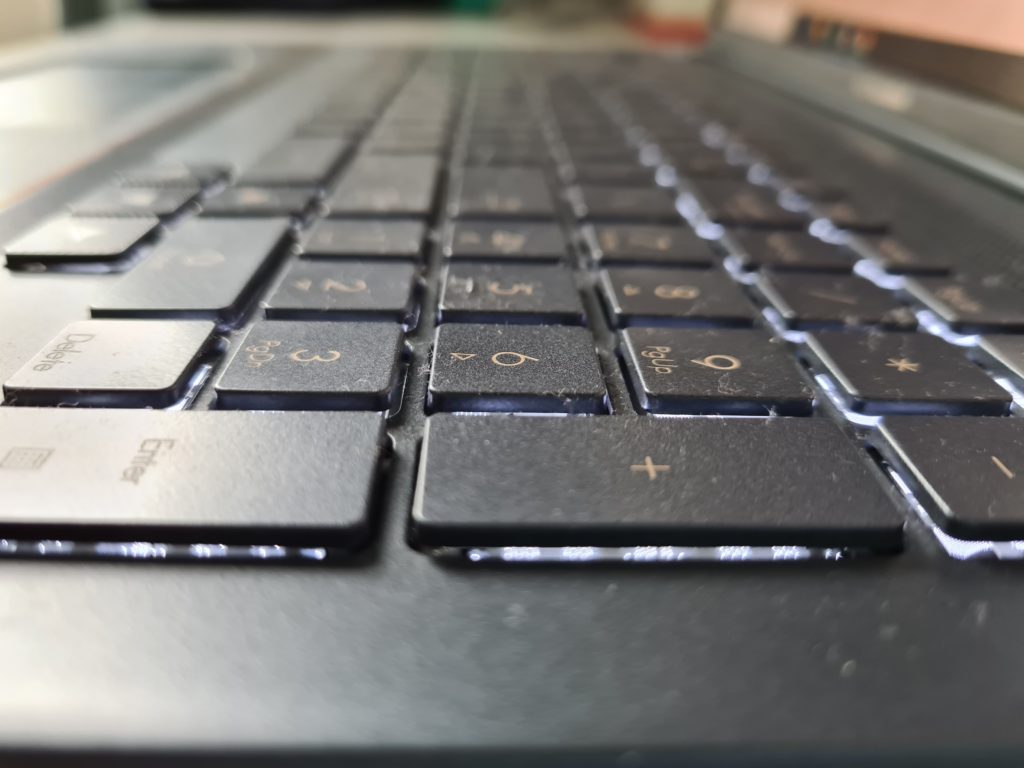 Typing on this keyboard is an absolute pleasure. Having a tactile, clicky feel is something often overlooked by manufacturers – something I can never understand. While it isn’t the best typing experience you can find, it is better than most. The travel is decent with a bit of that springy resistance you want. The keys are also large and well-spaced apart, making it much simpler for accurate typing.

In everyday use you won’t be disappointed either. It is easy to lug around throughout a busy day, and works well on any desk surface. It has large rubberised grips in the four corners on the bottom and won’t shift around on the most slippery of surfaces. The hinge on the screen panel is very stiff, though, so you won’t be able to open or adjust the screen with one hand.

The trackpad is one of the StudioBook 17’s party pieces. It is a glass covered display that acts as a secondary display. It simplifies the novel idea found with the ASUS Zenbook Duo Pro – this is also where your Numpad will be located, and it serves as a multitasking display when needed. It functions very well as the trackpad, but will take some getting used to if you are using that display. It is also a touch display, so swapping between that and clicking the entire surface down for a mouse click feels extremely foreign at the onset. However, you’ll grow used to it within a week or two. 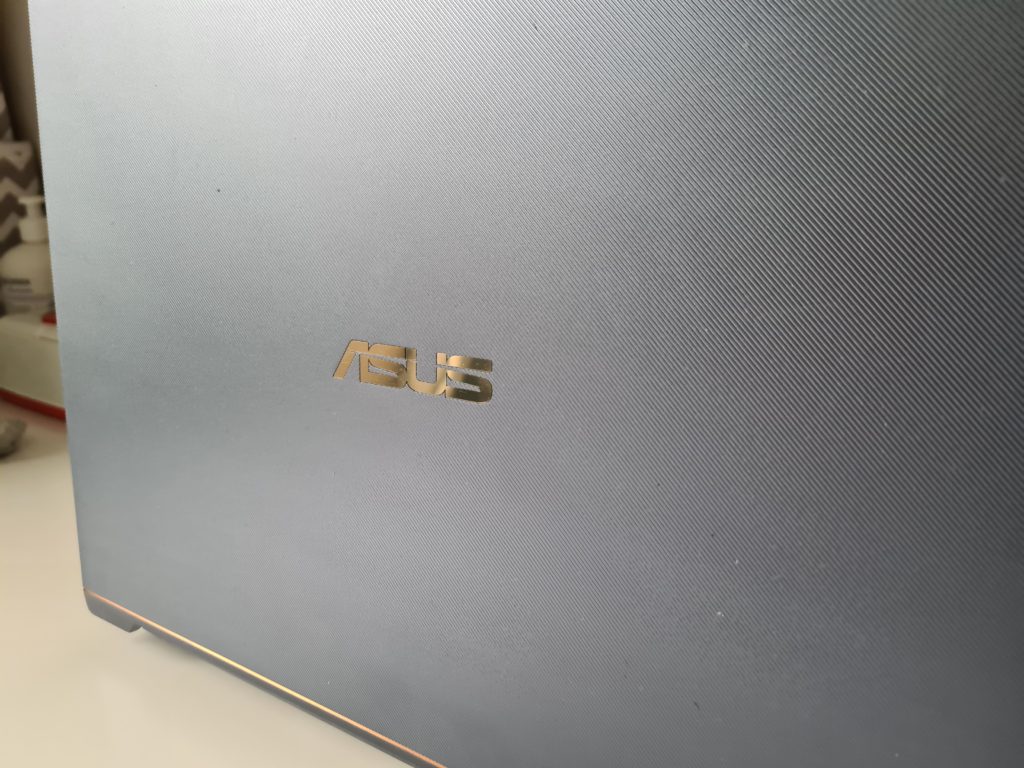 All in all, there is very little to complain about with the design of the ASUS ProArt StudioBook 17. It looks good and is practical. The build quality is commendable and it is among the better built portables available on the market.

As previously mentioned, the main display of the StudioBook 17 is beautiful. It has a 1920 x 1200 pixels resolution (which means it has a 16:10 aspect ratio instead of the usual 16:9). It is one of the reasons the laptop feels small for a 17-inch variant. While it isn’t a 4K panel, the Full HD+ display is of high quality, even though we would have preferred and OLED panel instead of the IPS we have here. 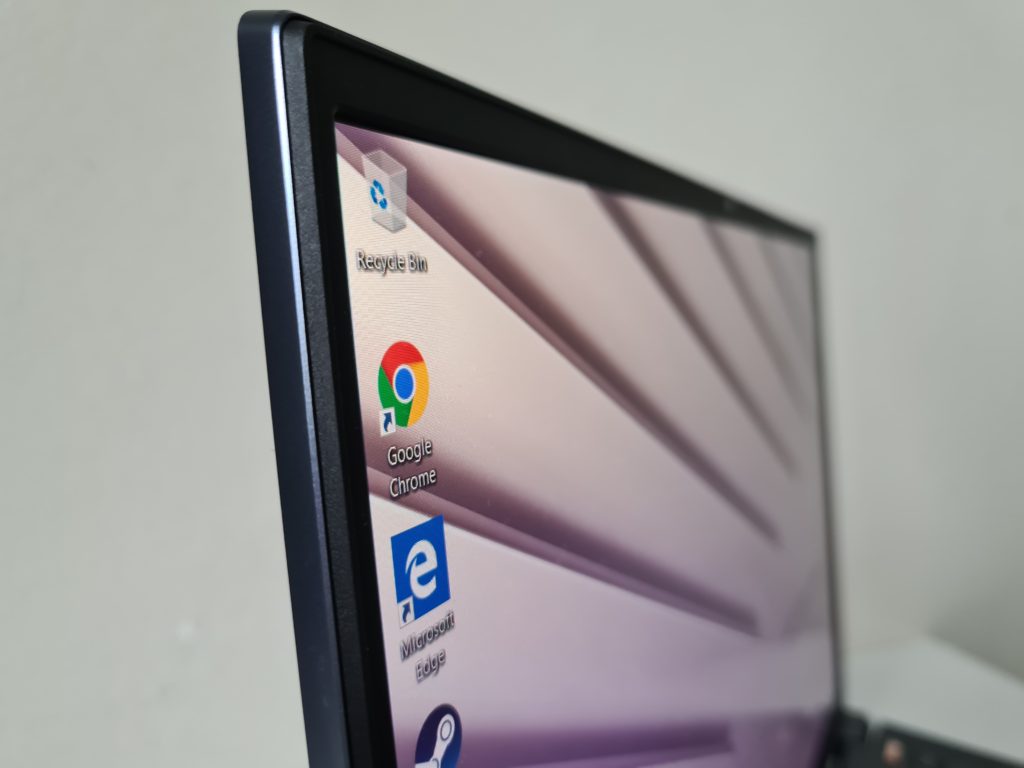 This panel is made by Hannstar and offers decent brightness and really good contrast – better than we expected. The colour calibration is well done and the light balance at all times accurate.

This panel has a 60Hz refresh rate, which will start to fall out of favour in 2020 and beyond. While this machine is a pretty decent gaming setup, it won’t have that crisp feel of the fast refresh rate screens that are now commonplace.

The touchpad display makes for an interesting addition. As stated, the multitasking features take some getting used to, as you have to learn brand new habits when using the display versus a normal touchpad. This second display is still very much an experiment and it shows. 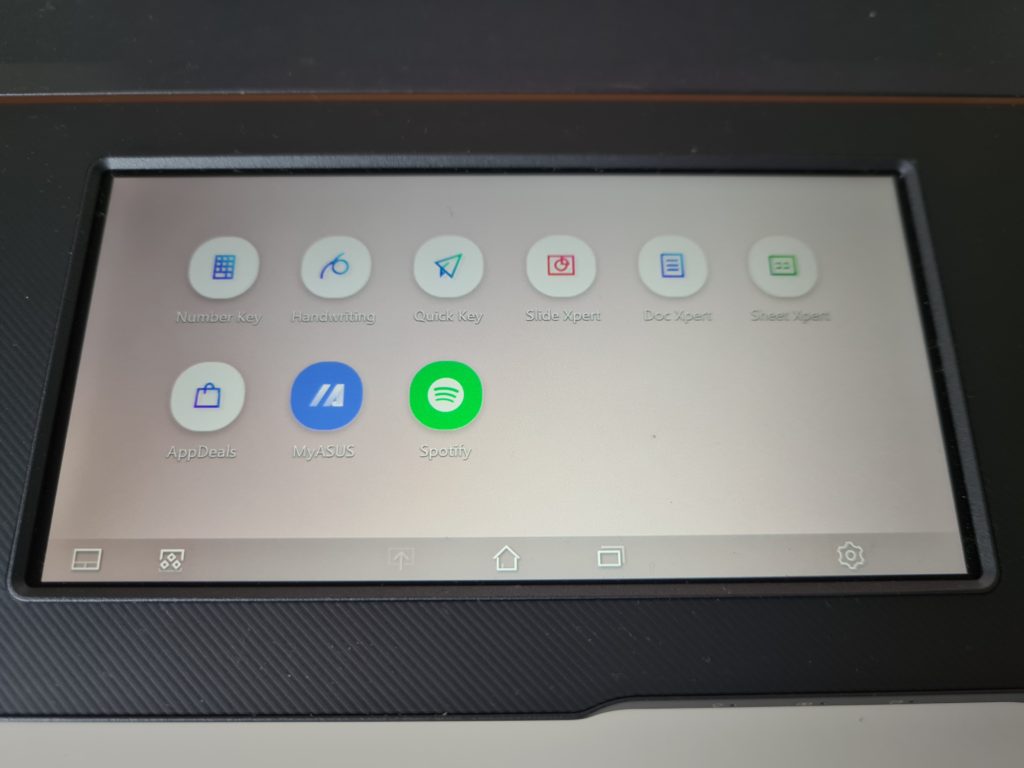 From head on (which is the only angle you’ll ever be using it, really) the quality is decent enough. Unfortunately, the viewing angles are quite bad when moving to the sides. Also, this second display doesn’t get very bright. While that isn’t an issue for most situations, it can actually get quite distracting when used in conjunction with main display at full brightness.

There are some different hardware specs available for the StudioBook 17, but most will choose the internals in our review unit. It has the Intel Core i7-9750H CPU and Nvidia Quadro RTX 3000 Studio Max-Q GPU. It also has 24 GB of DRR4 RAM, swiftly helping the performance along.

By Bryan Smith
In Social MediaTechnology
6 days ago

It will handle core uses very easily. Throw as many browsing tabs, live streaming and a Microsoft Office files as it as you please – it won’t miss a beat. But of course, this is meant to be a desktop replacement and a mobile workstation, so how does it fair with more intensive tasks?

As you would assume from the name, creatives are a primary target market here. It is meant for people that work in photography, video editing and other content creation. 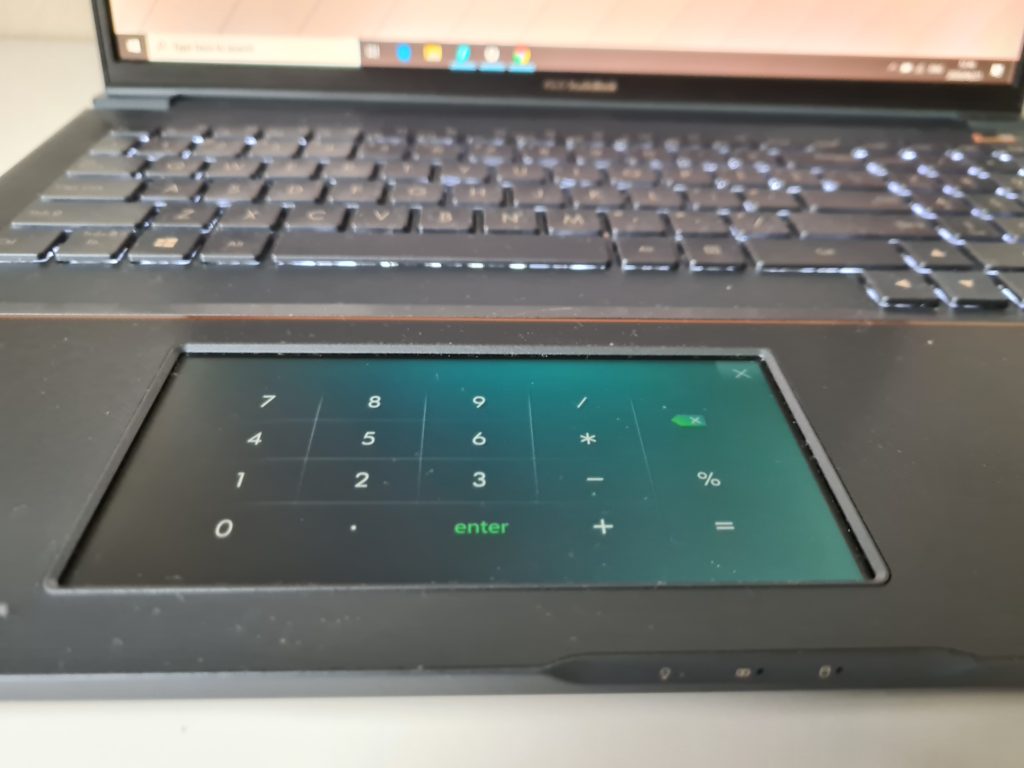 The ASUS is a competitive performer, excelling at video production and 3D rendering tasks. For its price it is certainly one of the best at the CPU- and GPU-heavy tasks. It consistently performs as well as or better than its peers in benchmark tests for software to apply 10 complex filters and effects to a JPEG test image as well as video rendering tasks.

It won’t outperform your dedicated rigs that are built from the ground up for this purpose alone, but as you’re aware they will cost multiples of the StudioBook 17.

Battery life is a different question, though. It is arguably the only major negative and could be a deal breaker for some, especially since it negates the whole mobile workstation premise. It is only 57 Wh in size, smaller than almost every other laptop in this class.

If you do the power intensive tasks described in the above section on the battery, you’ll need to plug in soon. With the processor and GPU using max power you will run out of battery power in less than two hours. Streaming Netflix will last you about 6 hours on battery only.

The ASUS ProArt StudioBook Pro 17 is a visually impressive desktop replacement for creative professionals. The great performance coupled with a beautiful display makes it a joy to work with, and when you’re done putting food on the table, a joy to play with.

For creative professionals and people just looking for a mobile working station it is well worth the R45,999 price.

Just make sure you keep your charging cable in your bag at all times.